Warmachine: Not the Messiah, just a Messy Game

Looking at this post it started out as a LOTR batrep but became a Warmahordes rant. Oh well, I've been sick - allow me this indulgence. 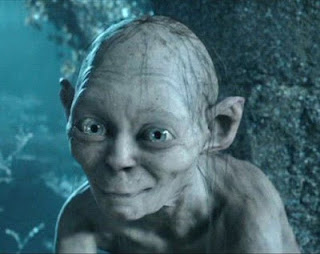 LOTR: A game for the simple-minded amongst us

LOTR: Simple but Subtle
My second game of LOTR (300pts) on the weekend.  The rules for LOTR models are very straightforward and play like a streamlined, less-cheesy version of 40K, with more tactical unit activation, movement and firing choices as well as an element of resource management.

Most models have no special rules at all to remember (Warmachine and Malifaux, I'm looking at you) and both myself and my opponent commented on how we were concentrating on actual tactics and maneuver rather than referencing special rules.  In fact this time though we only needed to consult the rulebook a few times (each time we used a new troop type) to check basic stats.

In contrast, listening to the Warhordes games at the tables nearby:

"I pop my feat now"
"Okay - what does that do" (searching in rulebook)
"Okay then I counter with.. wait, does that model have reach?" (goes to nearby table to ask)
(Looks at his cards)
"You can't attach Sorcha as he has fire immunity"
"Oh. In that case I spent a focus to cast Lightning Blast which I channel through this node"

If you paid enough for your model, you don't even need to move minis - you can simply let it sit in your deployment zone and play "cards"


People were checking the rules or unit cards pretty much every time something activated.  Reminds me of a bad CCG or RPG session. In fact I have decided that with Warmachine you might as well do away with models altogether, as maneuver seems mostly concerned with what models you are willing to sacrifice to damage xy model/s of your opponent. E.g. As an extreme example, one game had a giant $100+ pewter warmachine (with 1-2 attendent mechanics clustered against it) fighting off a horde of foes. It was parked static on the table and I was told "he doesn't have to move; there's a lot of strategy in the order you use your abilities."  Mmmm.  So why did we bother with the models, again? 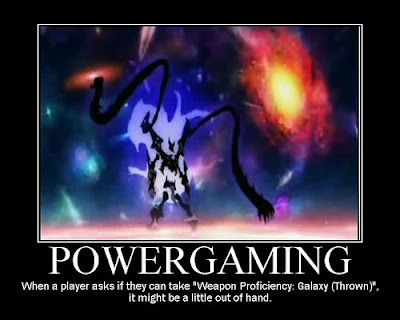 Powergaming, even when overtly encouraged, is still cheese

One guy asked me how I can remember the rules to "all those games"  (I have been seen playing Tomorrow's War, Infinity and LOTR on the same day (yikes!) whilst everyone else relentlessly garners competition points with their unpainted Warmachine metals).  The answer: Probably because the same brain cells that are use to remember a single Warcaster's feats, powers and stats can be used to memorize the base rules and stats for several LOTR factions.

..anyway I was saying how subtle LOTR rules are.  "Special rules" are so few, and seem to have so slight an impact, yet add lots of flavour. 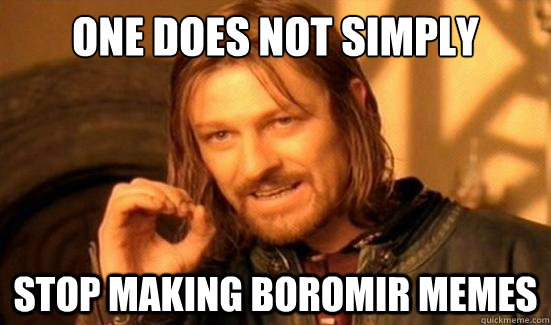 Yes, the random LOTR photos means I forgot my camera again. A pity as I'd like to show off the Terraclips terrain in action.

List Building
I simply grabbed two trolls (as they looked cool); a captain to give some Might points, and filled out my goblins as spears, bows and shields in equal number.  My opponent, mindful of weakness of archery, traded in all his 8 or so Gondor archers for 3 Rangers and brought more spears, as well as 3 Fountain Court bodyguards for his leaders.  He had Faramir and a captain to both counter my trolls and have a healthy Might point advantage.

Deployment
I deployed my forces (each to the sides of a bridge that ran across the table from one deployment zone to another) in three forces, each flank lead by a troll with my goblin captain in the centre ready to cross the bridge.

My opponent split up his forces, half spears on the bridge (lead by a captain) whilst his heavy hitters aimed for my weakest flank. He advanced.

Early game
As happened last game; I totally withdrew my weakest flank, leaving some archers to pepper his advancing troops.  I charged both trolls over the bridge, much to my opponents' consternation.  I also sent a mess of goblins round the far undefended flank.  It now looked like a race; who could to the other side's deployment zone first so they could charge up the bridge behind the enemy. My gobbo archers drew first blood by picking off 2 Rangers with the loss of one of their own.

Mid Game
Unfortunately, the "race" was stacked - my goblins simply climbed the side of the bridge. The spear wall, lead by the captain, was quickly pincered by the trolls and the sneaky goblins who took the vertical "shortcut".  Despite heroics by the captain, who hacked down several of the swarming goblins, the spearmen on the bridge were efficiently butchered. Rather improbably, 4 goblins had been lost for 2 rangers and 8 men of Gondor.

End Game
The hammer (Faramir and his Fountain court) arrived after looping round the end of the bridge but by then my forces had turned to face the threat to their rear. Faramir fought a heroic battle with the horde, killing 6 goblins single-handed, but finally ran out of might and got ripped apart with 7 wounds in a single melee round.  The rest of the Gondor force broke and fled, save for the Fountain Court bodyguards who naturally stayed with Faramir until the bitter end.

Thoughts...
Special Rules
The goblin's climbing ability proved decisive but was by no means "victory by rules" and I liked how my opponent recognized the threat himself "This looks like ring-a-rosey... uh oh hang on goblins can climb walls - crap!" (albeit too late) and the Fountain Court guards stayed to fight, cinematically, to the end due to the "bodyguard" rule.  At no stage did we have to paw through the rulebook to check or justify "special" rules. 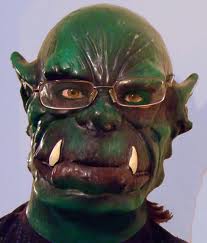 My archers are about as deadly as this guy firing suction cup arrows...

Archery
When archery is mostly '6's to wound against armoured targets, quantity > quality.  I think I'm going to concentrate all my archers next time to give a massed volley.  Whilst the 3 Rangers were accurate shots, the simply could not match the rate of fire/wounding capacity of the 9 goblin bowmen.  That said, I can see why my opponent barely bothered - archery is very weak (8% lethality on average).

FACT: Three is better than Two; unless we're talking about haemerrhoids

Three Prong Attack
This worked last game too - I divided my force into three groups; my opponent responded by dividing his force in half (thereby technically out numbering any of my three groups by a 5:3 ratio)

Each time I responded by "withdrawing" one of my flanking groups to lure one of his halves away, then attacking his remaining half with my other two (creating a 7:5 ratio in my favour whilst also having greater maneuverability with 2 groups vs 1)

Again, I really enjoy LOTR as it has simple rules that encourage decisions about maneuver and resource management rather than winning by remembering more combos of rules.