Hopefully hobby time will improve as I'm now on school holidays. But first, family time!  I live in a fairly "old" city by Australian standards (established 1847, Maryborough is one of the oldest in Queensland and was a major port in the 1880s).  While giving my 2 year old a ride on the local miniature steam trains, I wandered over to look at the obligatory "gun in the park."  In most Queensland towns it is a 40mm Bofors or 17pdr artillery from WW2, and whilst the Nordenfelt guns are nothing that special, the 5" BL in the middle is something I don't see often. 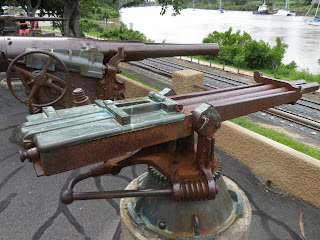 The Nordenfelt in the foreground (No. 6675) is interesting only in that it has a double barrel rather than the usual triple or quad barrels.   I presume only fires a heavy rifle calibre (.45 or .50 or thereabouts?) 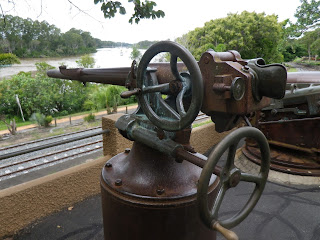 The furthermost Nordenfelt is a single barrel. 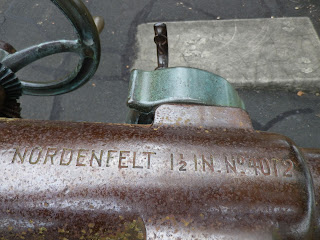 The second Nordenfelt (1.5") is much bigger than the twin mount.

However the 5" BL is one I've never seen elsewhere. As you can see it comes with a Vavasseur mount (?) which suggests it is a dedicated coastal defence gun.  Back in the 1880s the "Russian Peril" was a thing for us Aussies, far from the Mother Country. 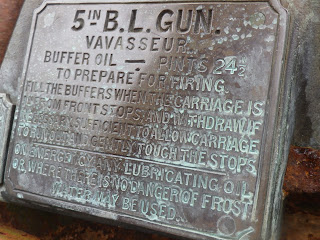 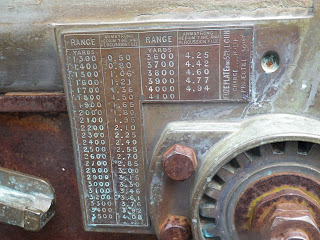 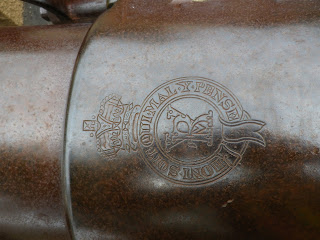 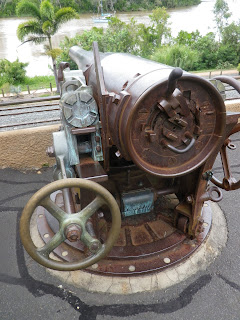 Looking out over the Mary River....

Anyway, after repeat visits to park, pool, and various family activities hopefully I will have time to clean out my shed and resume hobby activities tomorrow....
Posted by evilleMonkeigh at 00:41