Watching the Netflix's Ken Burns documentary The Vietnam War piqued my interest in the tunnel systems of Vietnam, and inspired musings on "underground warfare" in general.

Besides Vietnam, I know a bit about WW1 fortifications, and the tunnels in Okinawa, but I haven't really studied much about underground warfare.  I know currently caves in Afghanistan seem to be used a bit, and of course sieges/mining/counter-mining in the ancient/medieval world. From memory, North Korea has complex tunnels including ways to rapidly shuttle troops to forward areas, and even underground runways. Hezbollah and Syria/Libya have tunnel systems. In WW2, I recall fighting in the Odessa Catacombs.

I've seen a few US documents where they government is exploring subterranean/tunnel fighting technology, as ISIS and North Korea for example, can negate many US advantages by moving underground.

The subterranean world is an untapped domain. 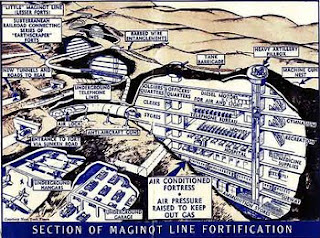 I'm concerned that while modelling it might be fun, trench warfare and tunnel-rat style warfare might be a bit dull in the sense that maneuver is limited. Detection and reaction mechanics would probably be key here. Booby traps and mines that insta-wipe an entire force are not so fun... The fields of fire are narrow and the chokepoints are many.  Reduced lighting means night-fighting rules would apply.

Well, sci fi has rich ground. Google "underground base" and 99% of hits will refer to Greys, reptilian aliens and government conspiracies. Scenarios pretty much write themselves.  I'd imagine any small-skirmish rules (aka 40K Kill Team or Infinity or Black Ops) could be fun. Think small scale (squads and fire teams) of men-in-black hunting down reptiloids beneath Antarctic bases.

As I type this, I'm eyeing off my Secrets of the Third Reich weird-war-two Nazi mech suits; Nazis and underground bunker complexes seem to go together. Toss in some mad scientists and perhaps ravening undead, and fun could be had.

At the far end of the spectrum is the Hollow Earth/Lost World - where the underground spaces are vast - whole islands or continent-sized spaces; perhaps inhabited by dinosaurs and lost tribes.  Or aliens. Or giant apes. Or all of the above. 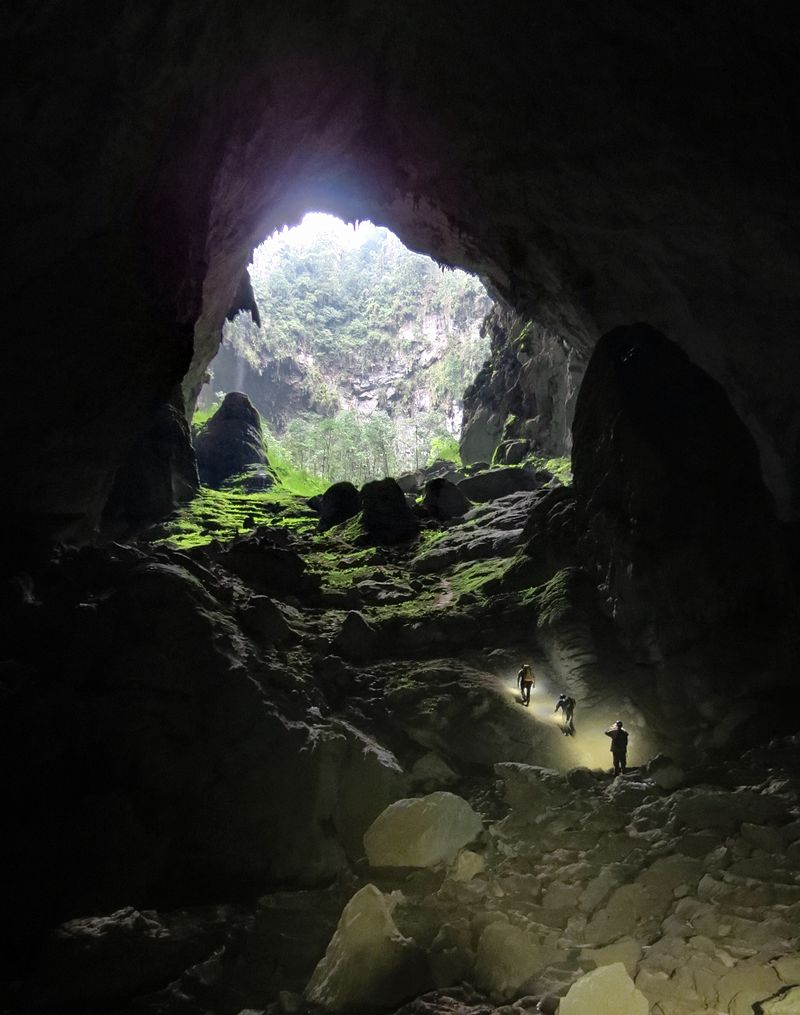 
I think the thing that stands out to me is "how cramped is your underground?" - ranging from a battle in a single waist-high tunnel to giant underground cities to a complete "Hollow Earth."

I'm thinking that subterranean warfare could be used conveniently prune and focus warfare to suit your interest.   Let's assume big caves (Sarawak chamber is 600 x 435 x 115m) - this would mean infantry- only battles, probably squad/platoon sized, with some maneuver.

But what about really big caves? Say hundreds of metres high, and kilometres wide?

You could design your underground world to answer questions like:

What would modern warfare be like without artillery, airpower and helicopters?  I've always liked small AFVs like Scorpions, Wiesels, and ASUs. You might even be able to remove MBTs as they would be too expensive to risk in confined spaces. Small, compact vehicles (the sort that support airborne units).

It would be fun to answer questions like: if a nuclear war forced us underground in the 1960s, what would military tech look like today?  Or - what future weapons and equipment would form the focus of future underground warfare, in say ~20 years?

Small AFVs might be relevant in a subterranean setting...

You can make an interesting setting

In a future where the Earth's surface is unfit for habitation, the nations have moved below ground. Fungus farms and bioengineered animals provide food, and nations fight using small strike teams utilizing high tech drones including spider gun-bots.  You get the idea....  ....underground as a genre has not seen much use.
Posted by evilleMonkeigh at 00:27