I was always aware of their existence, but never owned any. Recently picked up a set of issues #1-#25 from a local secondhand shop for $12.

I'd call them "What White Dwarf Could Have Been." 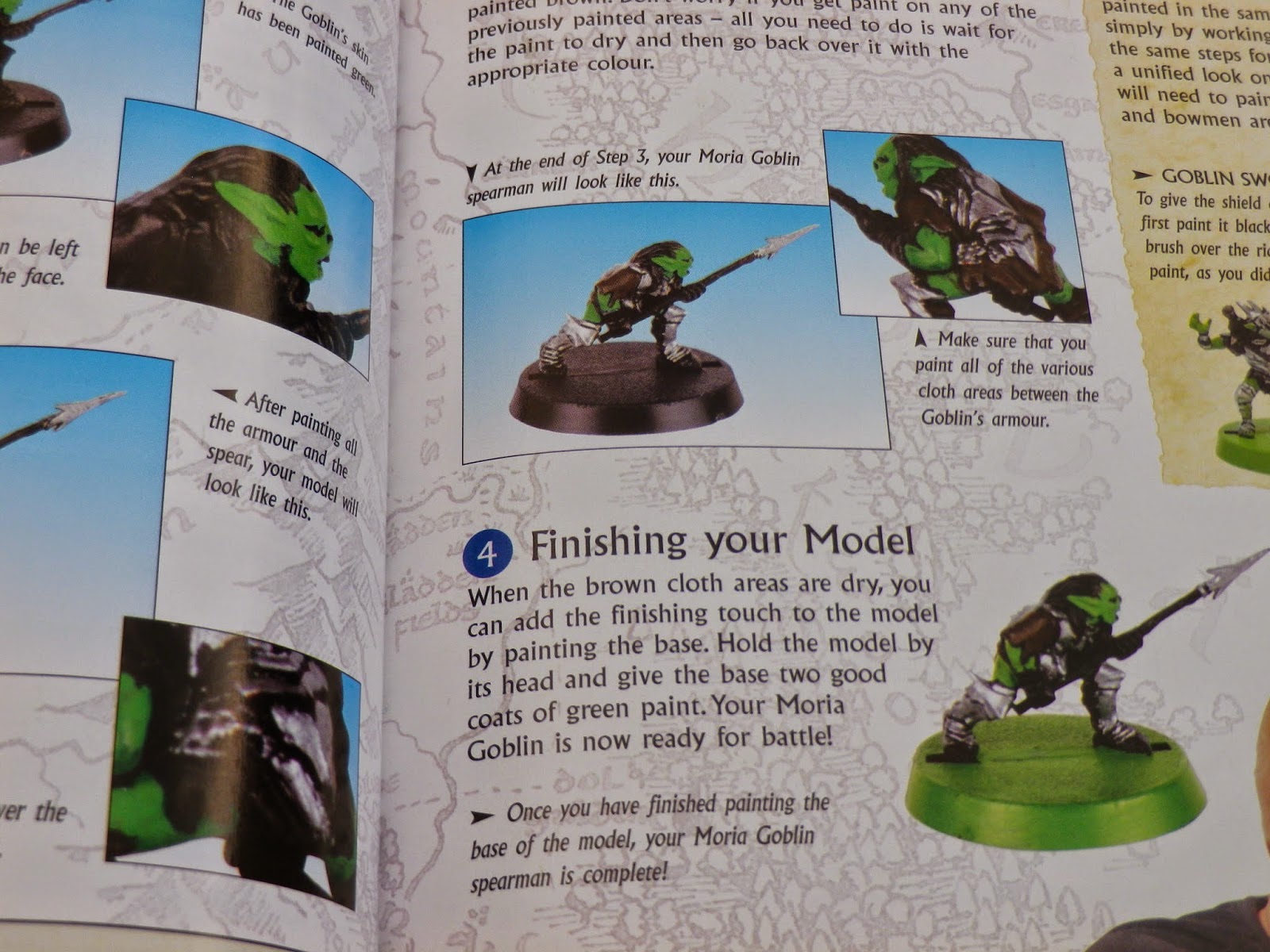 What impressed me were the painting and hobby articles. The paint jobs shown were very simple, achievable paintjobs, not masterclass works by Golden Demon winners, that occasionally added in (and explained) "advanced" techniques such as shading paints, drybrushing and washes.   The simply painted miniatures were used in the battle reports as well.

The hobby articles actually showed how to MAKE stuff cheaply out of household materials like cardboard and paddlepop sticks, not just how some studio artist painted the latest $100+ premade plastic gothic ruin. 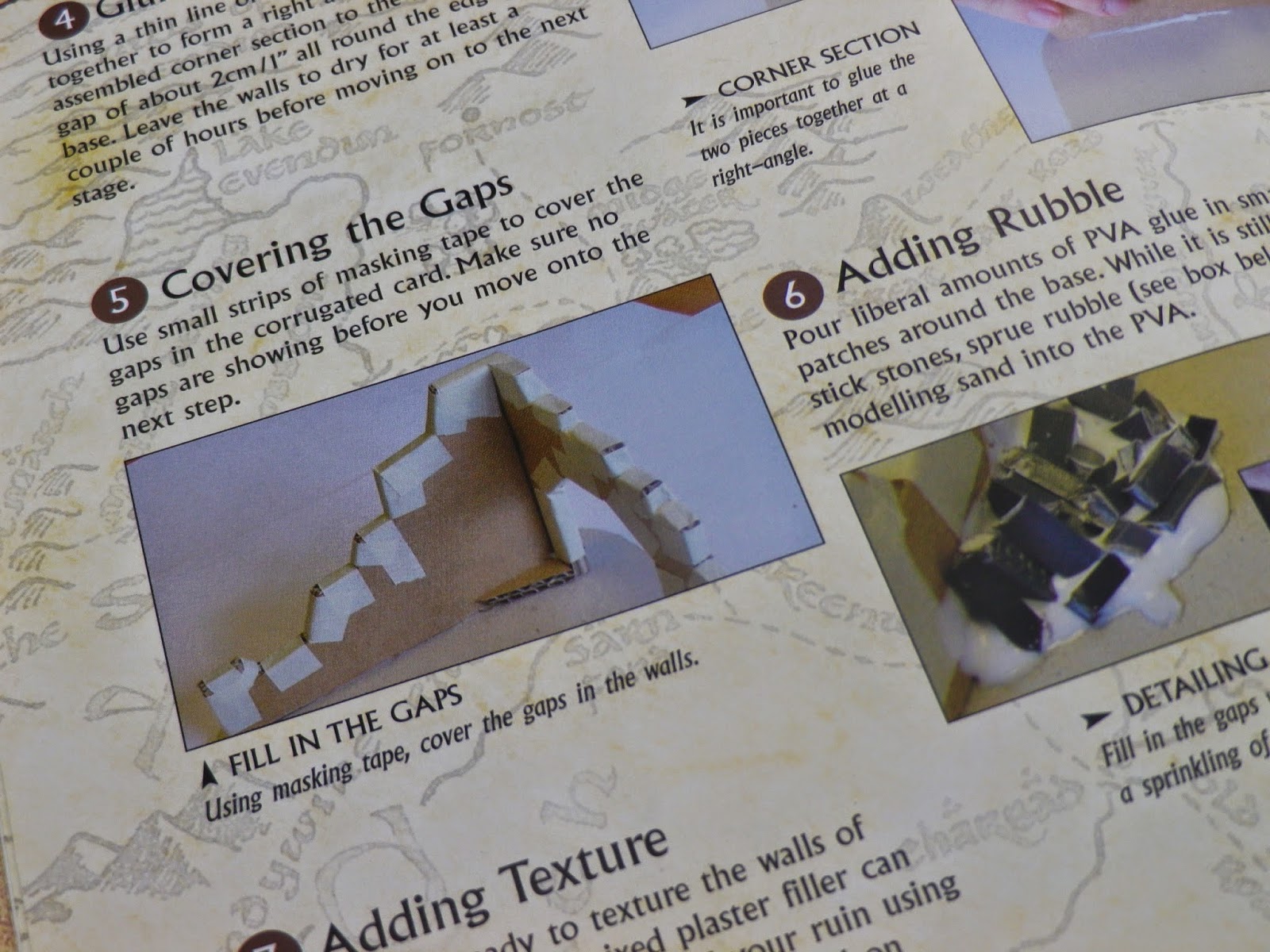 Modelling guides show how to actually make things from simple stuff like tape and cardboard. Not simply how to paint the latest $100 GW terrain piece.

Why this enthusiasm over "average" worksmanship?  Well, I know we all need something to "aspire" to, and there are some incredibly talented painters and modellers out there.  Whilst these people are well-represented in online blogs, I'd estimate they actually make up less than 10% of gamers you actually meet and play against.   In fact, a far higher percentage (I'd estimate 30-50%) of local fantasy/sci fi players I've met think nothing of fielding units in black undercoat or bare metal.  A common excuse is "I can't paint well, so I don't bother."  I'd argue magazines like White Dwarf fuel this rather defeatist, lazy attitude by setting impossibly high standards the average gamer cannot hope to achieve. 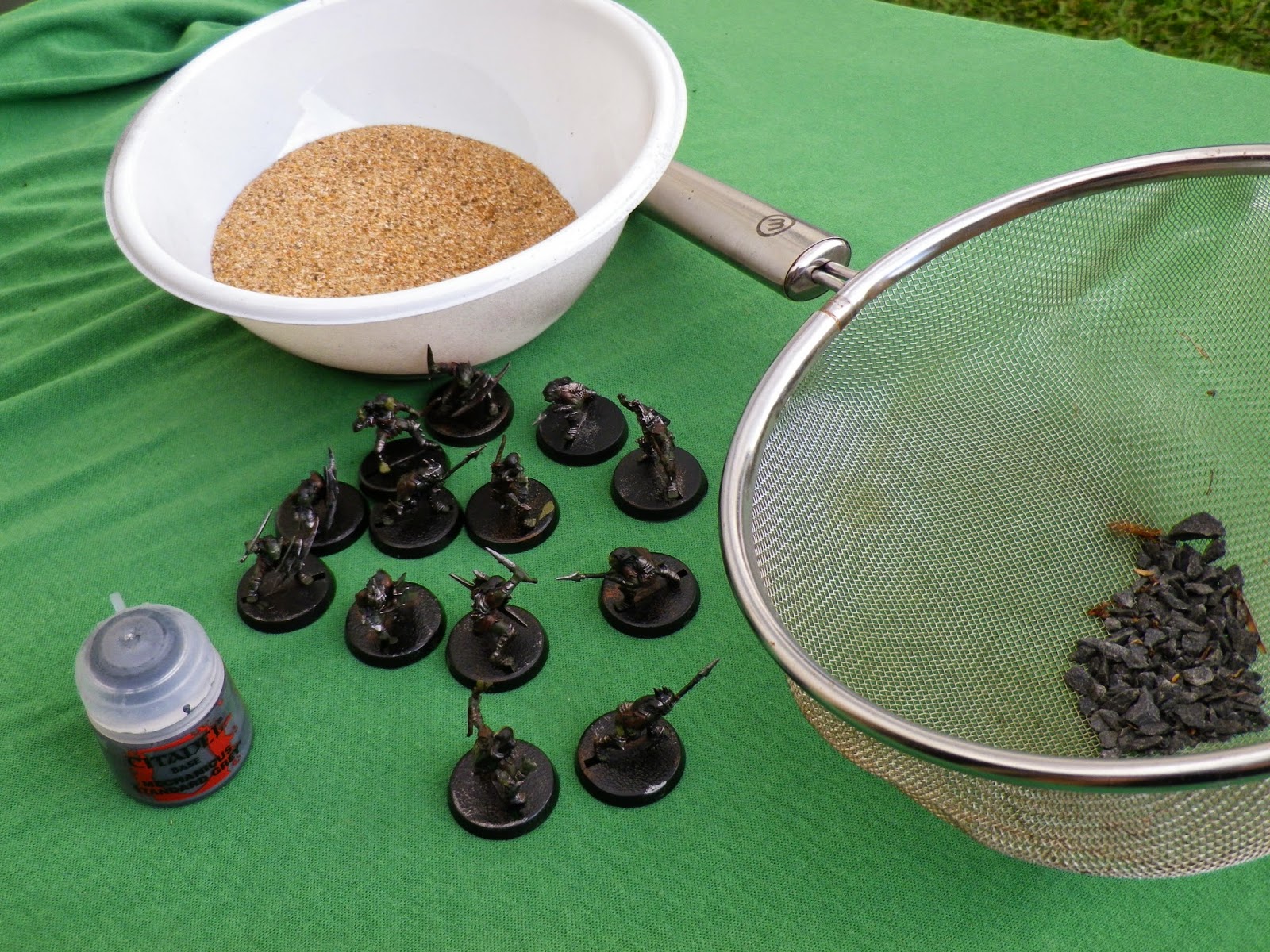 Inspired by the "low standards" shown, I rebased some old, rather simply-painted goblins I had painted years ago, using simple techniques shown in "Battle Companies."

People often talk about the "price barrier" to games like 40K but I wonder if Games Workshop is also accidentally adding a perceived "skill barrier" through their own advertising catalogue ahem, hobby magazine.  On the opposite end of the spectrum, I found the "Battle Games" articles with simple paintjobs and home-made terrain very inspiring, in the "I could do that" sense.

After reading half a dozen articles, I actually dug out my old LoTR models to repaint them. I then took more care in basing said models (usually I am very lackadaisical with basing), due to a simple article I saw in the magazine. 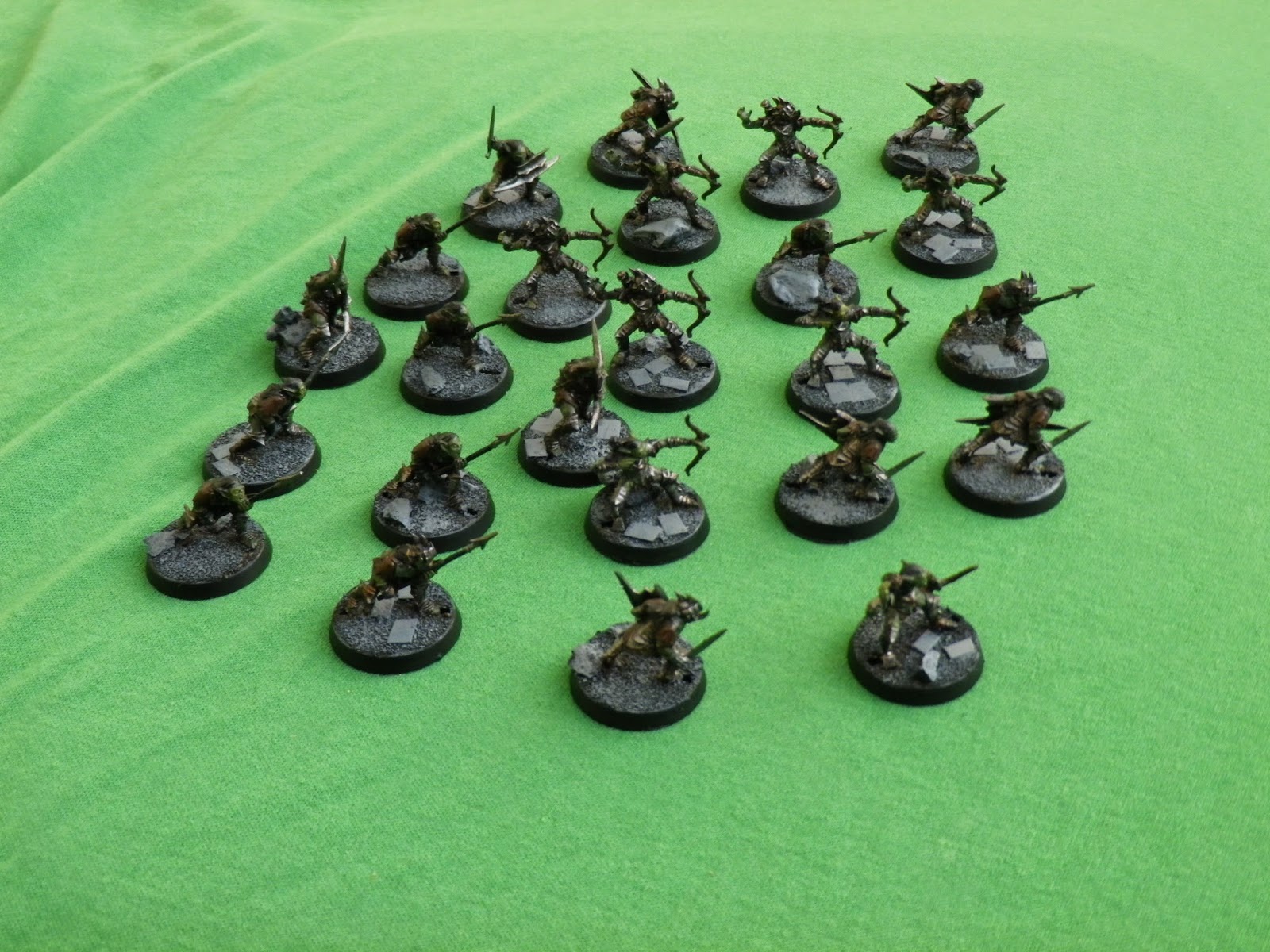 Not exactly Golden Demon material, but an improvement on what I had.  I mean, that's what a "hobby" magazine should do, right? Get you involved in the hobby and out there painting and building?

Furthermore, I went and bought some more LoTR miniatures (OK, they were eBay ones) - something White Dwarf (essentially a glossy ad for Games Workshop products) has failed to do for 5 years.  So if you see more LoTR content in this blog over the next few weeks, blame it on Battle Companies.  A hobby magazine that actually encouraged "the hobby" rather than "The Hobby"(tm)