I'd currently earmarked LoTR:SBG + Age of the Trebuchet + Battle Companies for medieval/dark ages skirmish + campaigning but I pricked up my ears when I came across this.  A skirmish ruleset from the folks behind Impetus? Sounds interesting.

The Shiny
A $9, 39-page pdf with pictures of Perry and Fireforge minis scattered throughout.  I found the rules easy to read and understand - so much so I was worried I would explain too much of the rules in my review.  A 2 page quick-reference sheet included covers all the key info. Lords & Servants is a breath of fresh air in the medieval skirmish genre where Pig Wars (1989) and Chainmail (sometime B.C.) are still spoken of fondly.
Mechanics
Played on a 3x3 or 4x4' table, the minis have few stats:

Initiative
Each player rolls 3d6. The total is their Action Points pool, and the winner goes first.  You can also keep up to 6AP aside for use in your opponents' turn. Most miniatures or groups can take only 3 actions, which include the usual - move, shoot, aim, reload etc.  This use of a  "order pool" adds interesting resource management.   Groups can move at the cost of a single figure + the leader i.e. a group of 5 AV2 troops + a AV2 leader would cost 4AP to move - 2 for the group and 2 for the leader.  Moved individually, they would cost 12AP - using leaders is thus optional but very attractive.

Movement
Units have a move distance for the first move (say 12cm) then one for subsequent moves (8cm) which is a bit unusual and reminds me of Infinity.  Groups in close order (touching bases) move slower.  Moving for all three activations is considered running and needs to be noted with a counter. There are AP costs for jumping obstacles, moving inside buildings, etc.  Units can fight in close order or open order - open order skirmishers can react by retreating away from charges in their opponents' turn but sometimes a bad roll will mean they get run down.

Ambushes
Forces have ambush markers depending on size which can be single figures or groups.  These markers are moved around the table, and revealed when the player decides or if spotted by an opponent.

Units who are hit roll "saving throws" to avoid death - they survive on a 6+ (half naked peasant) down to 3+ (plate). Horses and riders can be hit separately.  Heroes and personalities can roll d6 and on a 4+ it can "sacrifice" a nearby figure within 5cm and have it hit instead.  Figures who survive a hit are Shaken. Shaken figures cannot act until they spend 2AP to recover (1AP if in range of a leader/standard.)

Reactive Fire
Units can perform opportunity fire as a reaction if they pass an AV Test (roll above the AV cost of their actions) i.e. an AV2 unit must roll 3 or more.  Units being charged can hold their fire until the last minute to make it more lethal but this is harder to do.  Only one action can be spent firing in reaction.

Melee
Minis roll 3d6 (+extra dice for modifiers).  They score hits according to the CV of their opponent. I.e. if you are fighting a CV5 foe you hit on each roll of 5+.  A weaker CV3 foe would be hit on 3+.  The most hits wins: 2 more hits = kills, 1 more hit the loser is pushed back 5cm and shaken.  You can have group fights of up to 4:1 with extra minis adding extra dice.

Players with shields, plate armour or weapons with better initiative can make players re-roll a dice. There are special rules like foot dodging cavalry charges and unseating riders with polearms, as well as group v group combat.

Morale
Units have a MV - a points total made up of all its minis - ranked from 1 to a common soldier to 5 for the supreme leader.  Once 1/3 of the total MV is lost, roll a d6 against the unit's most common "C"value.  If the unit passes it can remain until it takes 50% losses.  A failure (or going past 50%) means the unit is removed. Basically, if a noble or leader gets cut down it impacts morale much more than a common soldier, and units do not fight to the last man.

Special Rules
It explains the leadership levels and bonuses of sergeants, men at arms, nobles etc.  There are a range of historically-grounded special abilities such as lethal, feared, fanatic, scout, skirmisher. Heroes have a discount AV cost of 1/1/1 and C6 allowing them to take lots of actions cheaply and be deadly to boot.

Weapons
Quite a detailed list - differentiating between heavy and light crossbows, javelins, long and short spears as well as pikes.  Weapons have different "initiatives" allowing them to force opponents' re-rolls - it kinda shows the speed/reach/parrying of the weapon.  Weapons might also have special rules like pikes nullifying charging horse and allowing support from the 2nd and 3rd ranks; or the lethality of a warhammer, or how hand axes can be thrown. 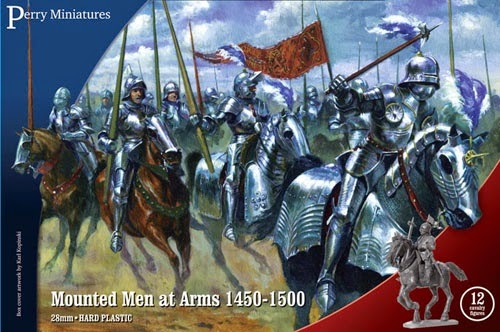 Perry's plastic range is some of the best I've owned.  A range of poses with plenty of bits, easy to put together and sound value at $35AUD for 38 minis. In Australia, a similar quantity of LoTR/Hobbit minis (with less poses) from the same sculptor cost $139.... gotta love Games Workshop... no wonder GW refugees are flocking to historicals like FoW and Bolt Action...

Army Building/Deployment
You can play at several levels - 1 unit, 1 unit+support, and multiple unit games.  There were no example scenarios which I found a bit surprising, and a bit of a glaring omission. I was pleased to see a "points system" included (something many historical sets snootily decline to do) as well as army-building guidelines for making balanced "pick up"games.  Units tend to be around 5-12 minis each and have recommended quantities i.e.  1 leader, 0-1 banner, 4-12 spears.  Weapons and abilities have a points cost.  It all looks good so far but I'm kinda bracing myself for the inevitable fantasy mod (and the zillion special rules that will follow).   There are "army lists" for feudal, Mongol and WoTR armies and I'm sure there'll be a heap more on their forums etc shortly.

TL:DR
Activation dice and resource management, hidden movement, reactive fire, an army and unit builder allowing you to stat up models....  Three thumbs up! (OK, it's definitely time I played historical instead of sci fi).

Only thing I'd complain about is use of 2d6 and 3d6 rolls, and the add-buckets-of-d6-then-divide used when shooting. Swapping to a d10 might have simplified things.  Also, tracking which players have run, are shaken or have fired their weapons requires markers.  The record-keeping is thus a bit heavier than LoTR and the use of reactions, combined with the dice mechanics, makes the game slower. LoTR bogs at 50+ miniatures so the claims L&S can handle 60-80 seems a bit dubious. Also the lack of scenarios is surprising for a game of this genre.

I note there is a black-powder version called "Smooth and Rifled" which uses similar mechanics.  I might check it out when I finally paint up my French-Indian War models, as overall, this is quite an interesting rules set.

Recommended: Absolutely. Easy to understand, it modernizes medieval skirmish with resource management and reaction mechanics. If you like medieval warfare, go buy these rules.  As a result, I'm now putting my Perry WoTR minis to the top of my painting queue (it was a bit lame proxying with orcs). Stay posted for a proper AAR-with-pics.   However I'm not completely abandoning LoTR yet (it plays faster and simpler, and has easily-adapted campaign advancement options). Other newer rules options are Bashing the Bishop which I haven't tried but obviously continue TFL's rather juvenile naming conventions.
Posted by evilleMonkeigh at 03:00