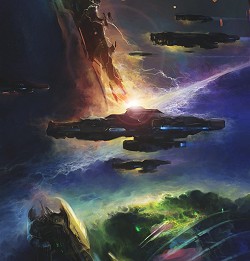 I thought I would review these rules, but then I thought - "why bother?" and simply posted the ship data card, which I think reveals all you need to know. 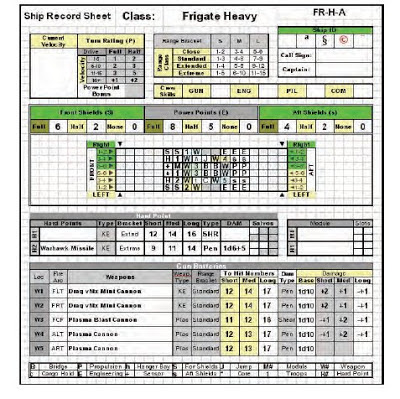 The ship data card speaks for itself.

I'm not attacking Cyprian Rifts in particular (I love the idea of indie game and miniatures designers - as an aside, the miniatures look pretty good); but rather the lack of innovation in space games in general.  Every space game is either trying to remake Starfleet Battles or Full Thrust.  I'm simply using Cyprian Rifts as an example - it shows even indie developers are "stuck in the rut."

Cyprian Rifts leans towards the SFB-style of complexity, as you can see from the data card. For example, it has crewmembers (of different skill levels) who can be killed as certain bits of the ship are destroyed.  In a nutshell - it is a fairly complex game, aimed at about 2-4 ships per side. It uses a 2d10 + stats (similar to the 2d6+ stats in Warmachine) and it has a deck/hand of "event/special action cards" (like Firestorm Armada); cinematic movement (like 90% of space games); damage types which take different sized chunks from hitboxes (like Renegade Legion) but brings nothing particularly new or compelling to the table, besides rather thorough terrain rules.

Whilst it is not a bad game, like very other space game to come out in the last few years, there is absolutely no reason to switch across to it from whatever other system you are using. 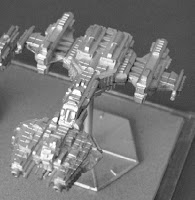 Grab any space rulebook of the shelf.
Does it have rows of hitboxes?  Lots of "system hits" or "criticals" to record?
Does it use a cinematic or pseudo-vector movement? Does it rely on hexes?
Is activation IGOUGO? Does attacking involve buckets of dice?

However the smaller Rifts ships are more interesting... I'm rather tempted to grab a few...

Personally, it bothers me to:
Spend more time recording and writing that actually moving ships and making decisions
Have ships "teleport" past each other without a chance to fight
Have small ships always take massive casualties (most die within the first 2-3 turns)
Have battles devolve into a dice-rolling contest in the middle of the table
Have ships without clearly defined roles or jobs (carriers excepted)

Am I the only one?  Is everyone perfectly content with playing Full Thrust, Starmada and Starfleet Battles? It says in Ecclesiastes "there is nothing new under the sun" but do space game designs have to remake the same game so diligently? 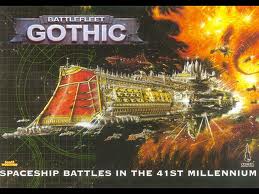 I'd argue that Battlefleet Gothic with it's "Orders" and "Blast Markers" has contained the only real "innovations" in the genre in 20 years. And that was very "WW1-in-space", firmly wedded to its 40K background and gigantic baroque ship models...