Retribution Falls is a book by Chris Wooding.  Mr Wooding is what I would rate as a solid B-List author - not in the league of GRR Martin, Abercrombie or Rothfuss, but any new releases are usually on my "to buy" list.

The book itself is an enjoyable escape.  Its mood reminds me of the Indiana Jones movies (the early ones, not the latest one, which proves that George Lucas has to take a dump somewhere) or the Mummy series. There is no moral, or deep meaning - it is simply there for you to enjoy.  This does not mean it is a Clive Cussler style crappy airport novel - it is crafted by an experienced author.

Retribution Falls throws together a mish-mash of cool stuff, but it has a "ragtag pirate crew lead by a captain with a heart of gold" underpinning that will appeal to fans of the western-in-space TV show Firefly (if you don't know what I'm talking about, stop reading this now, download/rent/buy the series and watch it. Now.)

Back now? Told you it was good.

Anyway, I was talking about Retribution Falls.  It is just chock full of awesome, pulp-y goodness. It has the dogfights and air pirates of Crimson Skies and the aerial battleships of The Last Exile. There is nothing particularly new in the concepts or ideas in the book - but the world has been put together in a very polished way - creating something fun and original out of what could have been a tired cliche.  This book has some of the most enjoyable world-building I have come across in a while. 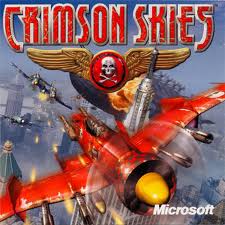 Retribution Falls seems inspired by many sources, but comes across as fresh and fun

Airships are somewhat Last Exile-ish; a well-armoured store of gas is electrified and turned into "aetherium" which gives lift. Single-seat fighters (usually armed with machine-guns) have aetherium tanks too, and can hover as well as engage in traditional dogfights.  The protagonist's ship, the Ketty Jay is a small freighter/heavy fighter with a crew of about a dozen and a single autocannon turret, and is escorted by two fighters.  The story is set in the aftermath of the Atherium Wars, and the navy is tenuously attempting to keeping peace in the wilder frontier areas - many with ramshackle frontier towns which are virtually pirate bases only accessible by air. Shotguns and six-shooters abound. Very wild west.  Very Firefly.

There is a flavouring of magic, but it is not overpowering or all-prevalent enough to lose its "cool factor."  Magic is rare and treated with suspicion. The hero has a demon-possessed cutlass and compass. The crew's demonologist can hypnotise people with a magic tooth.  The Ketty Jay has a resident golem - a steel suit of armour possessed by the ghost of a young girl.  And in the icy far north there are the terrifying hivemind undead "Manes". 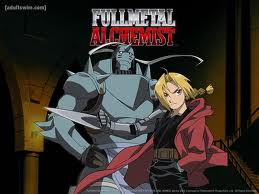 The golem/"possessed" suit is controlled by a homicidal girl with limited intelligence.
Everything in Retribution Falls is a twisted version of something I've seen elsewhere.

I also like the crew - Wooding has made them not simply lovable dicks (a la Firefly) but in most cases, simply dicks.   Captain Frey is not the fallen noble hero - he's a man-whore willing to have his crew shot to save his ship.  The crew all have their secrets - most are more using the Ketty Jay as a refuge than anything else  - the failed demonologist-with-his-niece-who's-a-ghost-cyborg, the undead navigator, the enigmatic ex-slave engineer, the alcoholic doctor, the hotshot fighter pilot with an IQ of 5,the other fighter pilot who is useless for anything except flying. A psychotic ship's cat. Each flawed, each fascinating.  Each with their own story.

TL:DR  Firefly meets Pirates of the Caribbean meets Stardust meets The Last Exile meets Crimson Skies. A solidly written fantasy in an engaging world.  Will not win a Pulitzer Prize but neither did Star Wars. Good old fashioned fun, which raises the bar in the pulp genre.

PS: Oh - and if you like it - there are two more books in the series - Black Lung Captain and The Iron Jackal - all of which are stand alone.  In an era where everything's a "sequel" and everything ends in a cliffhanger than forces you to buy the next book, it's very refreshing.
Posted by evilleMonkeigh at 04:01