With the advent of modular terrain I see a lot of raging about "pre-measuring" using the grid-like nature of tiles, which has inspired me to explore what is apparently a surprisingly emotive topic.

Pre-measuring
You may measure any and all distances on the tabletop BEFORE moving, shooting etc

Guess-the-range
Basically, if you announce an action (usually a shooting or "charge" action), you must take that action, even if it may turn out to be beyond the range of the weapon, or the maximum move, thus "wasting" a  move or shot.

Ease of play.
I'd argue both are about the same speed - people can waste time estimating ranges or endlessly measuring.  Slow players will always be slow.  I'd say using a ruler is something people can pick up faster, but guessing works slightly better with large numbers of units.  However, I don't really think either system offers significant advantages over the other with regards to simplicity or gameplay speed.

Claiming pre-measuring turns wargames into a math exercise ignores many other variables.

Pre-measuring
On one hand, it seems ridiculous that a soldier would not have a good idea of the effective range of his weapon (or that he can use ranging shots), or how far he can travel when loaded with combat gear - even ignoring modern or sci fi equipment. A modern Abrams gunner would be able to "pre-measure" not only the exact range, but also temperature, wind speed, etc.

In addition, pre-measuring offers choice. You can choose to use it or not.  However games that ban it are limiting a gamer's options, and thus the game's broader appeal.  In addition, the more "clinical" nature of pre-measuring might make a game easier to balance (though this assumes both players are equally good at choosing when/where to measure, which they aren't....  and argument on what makes a "fair" point system or indeed even if one is possible is one for another post). In addition, pre-measuring which removes "uncertainty" makes rules situations more clear for both parties.

It's not like wargames don't already have uncertainty, pre-measuring or not.  Pre-measuring does not suddenly make a game "like chess" or 100% boringly predictable. (And even chess, with its x will always do y, is still far from predictable)

Against Pre-measuring
The rebuttal would be that there are lots of historical accounts of soldiers shooting to soon/too high/too low, and although the "grunt" has a fair grasp of ranges etc, the "commander" doesn't (or didn't listen) - and in most cases, the player is the commander not the individual grunt)

Pre-measuring does remove uncertainty, making the game more predictable and "mathematical." It removes an element of "risk vs reward."  It increases the feel of the "player-as-god" (with far more precise control than historical commanders) and allows faster or better ranged units a much stronger advantage as they can more precisely take advantage of their abilities.

The precision allowed by pre-measuring can make certain players who are skilled at using it very hard to beat.  "Guessing" is equally a skill, but still allows an element of uncertainty. The "guess" camp would claim pre-measuring will reduce games to their most clinical, mathematical level.

Apples are easier to pick up and eat, but do they give the best juice?

"Guessing" is more intuition, estimation and "feel."  Pre-measuring is more about simple math. In one, there is more information (arguably, a level of information generals wished they had, but didn't).  Whilst I'd argue an individual soldier would know the exact distance he can move or shoot in x amount of time, the general (you) would not, relative to him, other members of his force, and every enemy on the board.  The average wargame already has unrealistically low "fog of war" and pre-measuring removes even more of it. The near-perfect precision of pre-measuring should be, according to its opponents, reserved only for "boardgames."

On the other hand many prefer the more "set" world of pre-measuring. Miss-guessing range and thus messing up a vital charge may be frustrating. Also, with pre-measuing, both sides can "see what is coming" before actions are taken and dice are rolled, leading to a more relaxed game. With guessing, any arguments about measuring will occur AFTER the decision, dissenting players are seen to be "wriggling out of" or reversing an already finalised situation, making contentions more "emotional."

Guessing Mechanics
Weapons that require you to "guess" the range to score hits I unequivocally do not agree with. One reason is simply because there are some gifted individuals who can guess with uncanny and unhistorical accuracy.  It seems a bit unfair to pick on what is undoubtedly a "skill" but game balance flies out the window when an AoE template can be dropped on targets with monotonous and devestating efficiency. Generals did not win battles by their ability to individually man and fire each shot of artillery.

The other reason - to have all weapons but say artillery dependent on unit stats and dice, then another dependent on "guessing ability" is simply it is illogical and inconsistent.  It is as inconsistent and annoying as in Warmachine where you can pre-measure around the caster but must guess everything else.   If we are going to use radically different, non-stat based mechanics, why not replace the "guessing game" with mechanics that involve firing rubber bands or rolling marbles at the target? 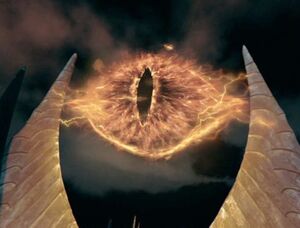 The all-seeing nature of most wargames, where players see all their own and enemies units, and can equally control companies or micromanage individual soldiers, has a bigger impact on "realism" and gameplay than pre-measuring ever could.

So which is "right?"
I'm going to please no-one and go with "neither." To be honest, I think there are other issues at play here, which (for me anyway) have a bigger impact on games than pre-measuring.   It's hard to view a single game concept in isolation from the rest of the rules.  Even a mechanic like vanilla IGOUGO - which I dislike on principle - I acknowledge it has merit for some games such as Warmachine where "combos" and chaining attacks is an integral part of the gameplay.  Here's some from my personal list:

-Fixed movement (the general knows every infantry will move 6" predictable, every time.) There are many games that control movement with dice i.e. 3D6" move. Even WFB uses this. This removes the alleged "complete certainty" that comes with pre-measuring, but allows some "calculation of odds."

-No graduated firing scales i.e.  "All damage or none" - when a unit fires with maximum damage (say 10 attack dice) to 24" - then the bullets vanish magically and it does NO damage at 25"+,. Not only is this nonsensical and "gamey," but pre-measuring is made unrealistically powerful.

-Time Scale/activation and "reactions". Dividing the game into fixed "turns" has an unrealistic nature in itself.  Troops don't move for x amount of time and "freeze" to allow their opponent to have their turn.  There are different approaches to this - Ambush Alley presumes troops within 2" of cover to count as "in cover" presuming troops will move to cover if fired upon, TFL often games divides their "turns" into phases of variable length.  Other games allow units to "react" by moving to cover.  If troops can "return fire" or move in response to foes, it removes a lot of the "gamey-ness" of premeasuring i.e. waiting 1" beyond missile range then moving in to shoot when it is your turn.

Take vanilla IGOUGO - where one side remains completely static and passive while the other resolves all their actions unhindered - that is a very common system, that makes a bigger difference (for me) than pre-measuring.

-The players. I'd say this is the #1 factor.  You get over-competitive or overly fussy jerks no matter what system you use, or what game you play.  Others are "fluffy" role-players. I'd say players have 10x more influence on the speed, drama and unpredictability of the game than this mechanic.

I know I am very clinical in "pre-measure" games and whilst (at least I'd like to think so) I am relaxed and laid back when gaming, it can be unpleasant to have to "declare" a game a few turns in as you are being obviously eviscerated. However many players who can pre-measure (in a game that permits it), don't. I find it interesting that both players have access to the same information, but some choose not to utilize it. I also find pre-measuring encourages me to "plan ahead." So "pre-measuring" could be argued to be a skill all of its own.  And if "pre-measuring" is a skill, then so is "guesstimating."  People who are good guessers have a similar advantage - although it might be harder to master.  So really we are choosing which skill we want to be most important in our wargame.

-The sort of game it is employed for. It's a bit like the boardgame vs tabletop game argument. Some games lend themselves to pre-measuring, and other do not. It seems a bit snobby to claim certain mechanics "belong" to one genre or another actually.  It's almost like saying you can only use d6 for fantasy games and you can only use d100 for RPGs.   The only thing that makes a "boardgame" or "tabletop" game is one is played on a board, the other on a table with terrain.

-The "command level."  The player controls everything in most games - he controls the overall flow of the battle, as well as micro-managing individual heroes and squads.  In reality, a commander might work with unit structures "one up and one down" i.e. a platoon leader might interact with company HQ and his squad leaders, but he would not be directing every fire-team or individual within a squad - his sergeants or corporals would be doing that - neither would he be controlling the actions of other platoons or companies.  The "player controls everything" could be argued to remove even more realism, drama and uncertainty than pre-measuring ever could.

-The All-seeing eye. Being able to see all the units, all the time is a far more powerful ability than pre-measurement.  Most games have a very limited representation of "fog of war" - most games have none. I always find it interesting when one side in a debate is more militant than the other.  In this case, I'd say it is the pro-guessers. I don't think I've ever seen a post or article insisting a game MUST be pre-measured.  Neither have I seen one saying how guessing distances "ruins the game" is "skill-less" or "sucks."

Really, what is right is what you enjoy.
I've pointed out that most successful mass-market games give players a unrealistically high level of control (i.e. IGOUGO) and obviously many players do enjoy it.   Luckily there is enough options out here that you can choose either method - or, if you have relaxed opponents, you might be able to choose what you prefer regardless of what the rules say.

Whilst it is a fun debate, for me, the worst possible outcome would be that either side of this debate triumph, leaving us in a world where either pre-measuring was banned, or forced upon everyone.  I choose option "C" - we should be allowed to choose both.
Posted by evilleMonkeigh at 17:36