The more things change, the more they remain the same. (Jean-Baptiste Karr)

There is nothing new under the sun (Solomon)

Most games have four "main" elements - movement, missile, melee and morale.  I've argued games should always have a 'fifth element' to make them interesting - be it command and control/activation, resource management or simply a cool magic system.  I think this 'fifth element' is important to make a game "stand out", as there are only a certain amount of ways you can do the "four Ms." (Perhaps even six elements - I actually think activation should also be "equal" in stature and an automatic inclusion alongside the 'four Ms' but I've already discussed this elsewhere) 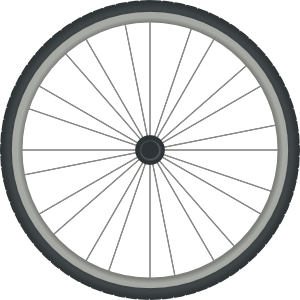 Game designers spend a lot of time trying to reinvent the wheel - or at least, come up with a wheel no one has seen before.

I'm not sure exactly how copyright law works (I think I read somewhere you cannot "patent" a game mechanic, but perhaps the specific terms and wording?) and I'm sure the grey areas vary depending on what lawyer you talk to or how much money you are willing to spend.  Given Games Workshop's energetic "defence" of its IP (or even attempting to snag copyright on words like "space marines" "space elves"  and "eldar" that came from other works, such as Tolkien) I'm surprised we don't hear more of this.

Should game mechanics be patentable?  We tend to frown on the outrageous "bullying" of Games Workshop of "smaller" entities (but everything in the wargames world is smaller than GW), but what if THEY completely ripped off a rules set from a small indie designer and used it to make a squillion dollars?
Would that be better or worse?

Would more energetic patenting of game rules and mechanics increase creativity (as designers are rewarded for their ideas) or - as I suspect - decrease it (designers are too "scared" to use a good but similar mechanic lest they be sued; or everyone has to lodge a flood of "defensive" patents to keep as "ammunition.")  My concern is that copyright law seems to follow the Golden Rule - i.e. he who has the gold makes the rules - and the hobby (note, I didn't say The Hobbytm) is increasingly heading towards dominance by "supermarket" companies - Mantic and Warlord seem to be en route to joining Games Workshop, Privateer Press and Battlefront at the top - which have market dominance (and thus financial clout) in a wide range of genres.

I remember some furore years ago about Magic the Gathering patenting the word "tapping" (i.e rotating a card sideways). Lots of other games use this mechanic - turning a card to show if it is used. But they can't use the word tapping.   I also remember D&D having a "free d20 open system licence" - but was it actually even "closed?"  Probably the only thing that was actually "closed" was the words 'd20 system.'  I'm kinda curious. When we run out of describing words, do we have to stop making games?

You may turn or rotate or crank these cards sideways, but do not call it "tapping"

The Universal Basics
Things like alternate activation and IGOUGO have been around for a long time.  Halving a unit's movement in "difficult ground" or doubling movement when charging or running...   ...these seem pretty "universal." I'm ignoring these, as most designers happily share these mechanics and it's hard avoid using many of them.

Dice Mechanics & Specifics
This is where you see game designers try to get creative.  Sometimes they roll dice to beat a "target number."  Other times, both players roll dice in an "opposed roll."  Currently popular is when a player rolls a handful of dice to "succeed" and the other rolls dice to "save" and block his successful rolls.  Other times, designers use different types of dice, or resort to cards.  Even so, there are only a limited number of permutations and similarities will no doubt be present.  It seems inevitable there will be duplication at some stage.

So when does a game (in your opinion) sail to "close to the wind?"  When does "inspired by" or "shares mechanics with" infringe on intellectual property?

I think this an increasingly pertinent question for game designers, as (a) the "supply" of "original" mechanics and terminology is finite and increasingly dwindling and (b) wargaming is increasingly becoming the province of large companies, who are more capable and willing of legal action than the traditional "backyard" rules designers that drove game design in the past.
Posted by evilleMonkeigh at 17:22