In my old rulebooks, game designers often used to intersperse their rules with a foreword, then a running "commentary" throughout the book - usually self-indulgent, rambling, and replete with stupid puns.  It was really annoying.  That's what blogs were invented for.

Luckily those style of "forewords" seem to be a thing of the past, but one useful job they did do, was often highlight some of the author's purpose (as we call it in Year 5 literacy class), or intent. I.e. what exactly is the author trying to do with these rules? What is his design philosophy?

Imagine if Bolt Action advertised itself as "A very playable, simple ruleset, with game mechanisms designed for pick-up games and competitive play. Designed to appeal to Warhammer and Flames of War fans, it shares many mechanisms with both games so it will be easy to learn. Definitely tends towards being a tournament game rather than a simulation, it is a good "introductory" game for WW2 platoon-level skirmish. Will be expanded with numerous expensive but glossy supplements which will contain more army lists"  Purchasers would know exactly what they were getting, and you wouldn't have people complaining about rifles that only shoot 50m.

It's better to have someone tell everyone at the club "I didn't play it as it didn't seem my style of game - you might like it though, as it plays like xy" rather than "I wasted $40 on the rules and they were s**t" 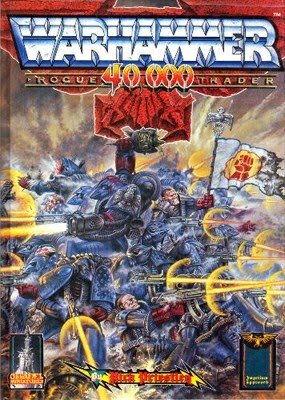 Why are people nostalgic for the "old" 40K? Because it was true to its design philosophy - as a characterful RPG-lite skirmish game.  The same engine has been turned into a mass battle tournament game designed to be able to use/sell lots of miniatures.

A clear design philosophy makes for a better game
Also, if the game designer keeps his philosophy in mind as he works on his game, it keeps the game focussed and consistent.  The game doesn't turn into something it shouldn't.


Case Study #1
Take Warhammer 40K.  A lot of people originally enjoyed Rogue Trader through to 2nd ed. 40K.  Many started to become disillusioned at around 3rd or 4th edition of 40K.  Why?

I'd suggest it is because 40K was originally a skirmish game, with RPG elements.  First edition was played with one or two squads, a hero and a vehicle of some sort.  Players were encouraged to use their imaginations and to customise their forces.  Heck, a RPG-style "gamemaster" was recommended.

But it didn't sell enough miniatures.  Warhammer 40K slowly morphed into a mass battle game.  It started to be become blander, to be better balanced for tournament play.  The game became streamlined, and lost so much detail so it was no longer a fun skirmish game. Creativity was sacrificed for competitive army lists.  The core game engine was now used for handling 5 x more miniatures than it was originally designed for. Around 5th ed, Apocalypse saw games of over 3000 points that could drag on all day. It might be half an hour or more before you get your "turn."

Why is this a problem? Because at its core, Warhammer 40K still has the mechanics of a lite-RPG/skirmish ruleset. But it abandoned its design philosophy and tried to become a different game altogether. The new "design" philosophy is "make it easy to push lots of miniatures around." It isn't a fun skirmish game anymore, and it isn't a good mass battle game either - because its core mechanics were not originally designed for mass battle games. 40K abandoned its design philosophy.

Games Workshop's Epic is a much better mass battle game than 40K. Why?  Because it was designed that way from the start.  Epic "fits" its design philosophy just fine.  (It evidently didn't make as much money selling minis, so it was mothballed)

You may or may not like the gameplay in Battlestations! But the rules are very focussed, and it is clear what it is trying to achieve.

On the back cover it says "simulate major fleet actions"  "battles of 30 ships take under 3 hours"  "focus on tactics rather than minutia"  "markers track damage, and eliminate bookkeeping."
"includes player aids and markers."

That's a pretty clear design philosophy right there, and I know what to expect when I play the game.

I can expect to be able to fullfil its claim to quickly handle large numbers of ships, unlike General Quarters which slows down with more than a squadron or two a side.  I would expect firing and damage to be rather abstract, as it focuses on "tactics rather than minutia" and relies on markers rather than a ship damage log. I also don't have to visit their website to get the markers and stats needed to play.*

(*Off Topic Rant: It REALLY annoys me how many modern games require you to go to their website to download their quick play charts, play logs, markers, army lists, templates etc. Things REQUIRED to play.  I expect everything you need to play, bar the miniatures, to come in the rulebook.  I paid for the whole rules, not "half now, half off our website.") Or games that rely on their yahoo group/forums to clarify poorly explained/edited rules *cough 2WHG cough*  You could say it is good "aftermarket service" or you could rather cynically call it not doing the job properly the first time.

So, no one who buys Battlestations! can say "awww, these rules don't have enough detail for me - it doesn't count every individual hit from the ship's secondary 4.1" guns."  Because the design criteria is "nailed to the mast" on the back cover - no one would expect that level of detail.

Whilst it might not be the WW2 naval game you seek, it sticks to its design criteria and performs well in its focus area i.e. "major fleet actions."  It probably would not work as well as a smaller-scale ruleset such as General Quarters for a squadron-level ship action, but no one would expect it to. And that is obvious from a quick glance at the back cover of the book.

In addition, the designer has an "afterword" where he gives specific details of his design philosophy.  He says he wants to get away from current systems, where with more than 4 ships a side, bookkeeping takes up the majority of player time.  He says he judges a ruleset by the clarity of its "quick reference sheet" and charts. He says he can gets the same historical results on a single chart, as you can for rolling for hits, penetration, hit location, etc.  He says in most wargames, smaller ships seem to die more often than is historically accurate.  He wants to "streamline" gameplay, not "simplify it" or dumb it down.  In addition, he adds a morale system (linked to nationality) so games are not fought unrealistically to "the last ship standing."

This gives you a VERY clear picture of what the designer is trying to achieve.  As a purchaser you have a very clear expectation of what you are getting. You shouldn't be surprised by the way the rules play. It also holds the game designer to a very rigorous standard. You don't get half-assed games that are neither one thing nor the other.


A clear design philosophy makes for satisfied customers and holds game designers to a certain standard.

In short, a clear design philosophy makes for a better gaming experience.
Posted by evilleMonkeigh at 00:23