Lightning Strike is an underrated game, poorly supported by it's parent company DP9.  It has vector movement for ships, but simplifies things with mechs and fighters. Simple but elegant movement rules make the mechs more agile, but the fighters faster when afterburning in a straight line.

Pictured are some of DP9's nice but pricey fleetscale minis 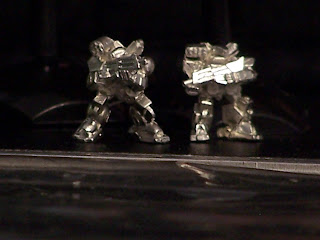 Lightning Strike has many cool features including ace pilots and crews who can pull of 'ace' feats and can gain skills and experience.

They also have an 'order system' similar to GW's BFG - a ship or mech can go into several 'modes' - i.e. "afterburner" double speed but -3 defence; "lock on"  +1 attack but -1 to be hit; "evasive action" +3 defence but -3 to attacks. This can be tracked with a single counter and adds a layer of tactics to the game.

But where I think it shines is damage.  If you don't get my explanation this link to their free Heavy Gear demo rules uses the same system. Heavy Gear rules

Most starship games have  damage systems that consist of rolling buckets of dice and crossing off a zillion hitboxes and making lots of special 'critical hit rolls'. Book-keeping and dice chugging can be a chore. Not so with Lightning Strike.

Basically, both attacker and defender roll opposed dice.  The amount the attacker wins by (say 5 compared to 3 = success by 2) is the amount multiplies his weapon damage by. So a damage 10 weapon x 2 success  = 20 damage.

The levels of damage "light = no major effect bar a -1 to some rolls"  "heavy = significant hits, speed and firepower halved" and "kaboom"  tends to mimic the space battles I see on TV and give a  level of detail a task group commander WOULD know, and simulates the effect of 'criticals hits' without actually recording them.

A task forcecommander does not count ever rivet on his ship, or concern himself if the H4-deck power couplings are on the blink - nor does he count every round remaining in every weapon.

Whilst not a mass fleet game, Lightning Strike is specifically  tailored for gundam battles, allowing fighters and capital ships on the board at once. Whilst allowing more of a focus on fighters and their ace pilots, the bigger ships do not bog the game down too much and their is a good balance between 'crunch' in their fighter rules and the ability to field a dozen or so at a time... 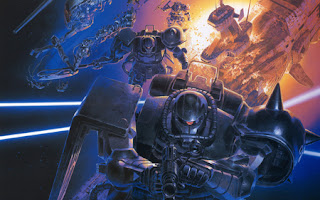