AoE in Space
I have been musing on Area of Effect ("some unkind people call them "skillless") weapons and what place they play in a space game.

I think they do have a place.  By having them take effect on the turn AFTER firing they become obstacles - helping add "terrain" to space.

Missiles, with their attack radius of 6-12" from the ship drift marker, perform this role to an extent - but there is room for a little variety, especially if they share similar rules.

By making them unguided, and targeting to revolve around drift markers - I wanted it so smaller ships (with their higher thrust) have an advantage when deploying these weapons; both to get in a better firing position; to have a wider range envelope; and to be harder to stop from delivering their payload, and to avoid being caught in the blast wave. 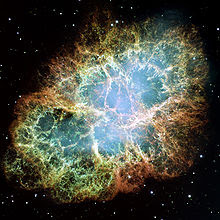 
Nova Bomb
Rule: Unguided; slingshot
Nova blast radius can be centred anywhere from drift marker, in a straight line from the ship.
It may be placed up to the launching ship's thrust rating either side of the drift marker.
The bomb detonates the next turn.
Rule: AoE blast d8
It does damage = to d8 where shot is centred, damage is reduced at range: -1 damage each inch away from centrepoint

EMP Bomb
Rule: Unguided, slingshot
Rule: AoE blast d12
Rule: EMP
EMP blast fries electronics. EMP damage does not permanently effect the ship, but for 1 turn, the ships suffers the effects; i.e. passing the 'crippled' threshold halves thrust and firepower for next turn. A 'destroyed' result would mean no thrust or weapons or reactions could be made at all next turn.


Warp Grav Bubble
Rule:  Unguided, slingshot
Rule: 6" radius grav effect; AoE d6 (1st turn only)
Any ships passing through or moving out of the zone are dragged d6" towards the middle of the bubble.
(Dice separately for each ship as gravity waves fluctuate)
Ships cannot hyperjump on the same turn they passed through the bubble.
On the first turn only, ships take 1d6 AoE damage as the gravity well is created.
Posted by evilleMonkeigh at 02:10