After looking at Luft '46,  Bag the Hun and Luft Krieg I thought I would round out the series with the current WW2 heavyweight, Check Your Six! 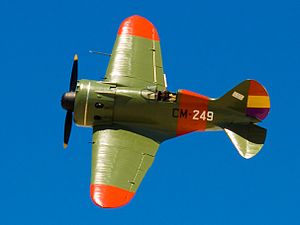 
The Shiny
Similar values to BtH - covered softcover with B&W interior. The font is rather small so good luck if you don't have 20/20 vision.  The rules were 2-column but rather dense, interspersed with black and white photos and descriptive diagrams. The layout is serviceable and there are quick reference sheets, and charts at the back.  The table of contents is a bit vague and I find the ads at the back distracting. Falls in the "solid but unspectacular" category.

General Comments
This seems rather traditional - a "guessing game" where you write down maneuvers from a list of choices on a chart and note speed and altitude changes.  In fact this simply seems to be "Canvas Eagles/Blue Max" adapted to WW2. If you liked it, then rejoice - as this is simply an evolution of the design.  If, like me, you expect a bit of innovation in rules sets in 30 years, and don't like writing down orders; then it might be a bit disappointing. 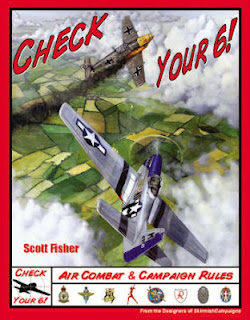 Sound but unspectacular, CY6 is a evolution of pre-plotted games like Canvas Eagles

Stats
This is pretty straight forward. Aircraft have:
Speed - 1-5 hexes - good - so planes don't go shooting off the board
Move Chart - planes have rank A to F which determines the maneuvers they can exectute
Climb/Dive - used to see who gets advantage when exiting an altitude band
Acceleration - Low, Med or High
Robustness - from 0 to 5 shows how tough an aircraft is
Weapons are clustered logically by short range (LMG and low-velocity cannon)  that are good to 300m; medium range (most cannons) good to 600m and long range cannons such as 30mm MK101 and 103s. Rate of fire also impacts the to-hit roll.

Aircrew are rated (0) Green to Ace (+3) which modify their rolls.  Most aircrew checks need to beat 8 on 2d6.  Most dogfights take place within a combat altitude band (with 6 "tactical" sub-levels you can easily track on a micro d6).

Movement
Tailed aircraft must reveal general movement info (if turning right, left or straight) and altitude (climbing, level or diving) but not specifics, which allows following aircraft to predict their target's moves.

In the movement phase, aircraft are moved in order of aircrews skill - green crew first; aces last.  Skilled or better crew can amend their maneuvers to moves to the left or right of their pre-plotted move on the chart. I.e  a skilled pilot (+1) can change his move by1; an Ace (+3) can change it by 3.
Pilots that make tricky maneuvers like Immelmans and reverses make crew checks which can fail and leave them spinning out of control.

I really like this emphasis on crew skill; better pilots can react to the moves of aircraft around them far better than rookies and CY6 removes some of the "guessing game" nature of plotted moves.


Firing
All fire is simultaneous and all damage is recorded at the end of this phase.  There is a series of "to hit" scores needed on 2d6 that vary according to range; i.e. 5+ for 1 hex range, 6+ for up to 2 hexes; up to 11+ at 7+ hex range.  There are only a few modifiers for pilot ability, plane agility and deflection. Easy to remember and resolve. Any doubles any time after the first shot; if the number on the dice exceeds pilot skill, the weapon is out of ammo.

Each hit, roll a dice that corresponds to weapon size (d4 for LMG, d6 for HMG etc). Damage of all dice are totalled and cross-referenced against robustness on a chart to find the robustness factor.  2d6 are then rolled against this factor; if they are under it they score damage (critical damage, if they throw far enough below).  If the roll was odd, Airframe Damage is inflicted; if even, Engine Damage is inflicted.  A second damage destroys the aircraft.

Although the overall damage system could be streamlined a little; I think the damage results are simple and commonsense - either the airframe is damaged (impacting on maneuvers) or the engine (slowing the aircraft).  There are the ability to have specific  "Lucky Hits" aka criticals such as rudder hits, fires, weapon jams, oil leaks etc to add more "grittiness" for the rivet-counters amongst us.

Other Stuff
There are advanced rules for formations, weather, surface attacks and spotting.  The latter rule probably should be mandatory and indeed is integral to Bag the Hun - it is estimated the vast majority of air to air losses never saw their attacker.  They are a bit vague "refrain from reacting to unspotted aircraft" and "can't fire at them" and are a lot less sophisticated than Bag the Hun's integrated blind system.  Anti-aircraft fire and aircrew survival round off the core rules which are only 27 (admittedly small-pint) pages. 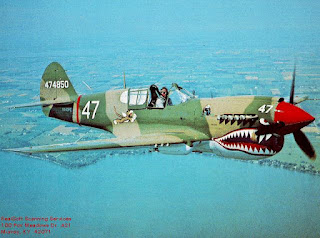 I always liked the look of the P-40 and feel the workhorse fighter is underrated compared to the sexier Mustang; it faced the IJN and Luftwaffe at their peak strength early in the war

Scenarios
This is a major strength. There are 15 detailed campaigns with plenty of fluff and detail - just reading them made me want to dig out my 1/600 and 1/300 stuff and get painting. In addition there is a mini-campaign (Flying Tigers are always cool) consisting of linked scenarios. I was very impressed by this and I would consider getting the CY6 campaign supplements even if I don't play with their actual rules. There is a reasonable (but not extensive) selection of WW2 aircraft stats with more available online.


TL:DR
Simple, easy to learn. Excellent mini-campaign and scenarios makes the campaign supplements well worth a look.  The pre-plotting (which some people enjoy and some hate) handles multiple players well, but more than 3-4 aircraft per person will bog down.  The spotting rules are weaker than Bag the Hun.  The emphasis on pilot skill is great, and removes some of the "guesstimating".  Not terribly innovative - simply a rehash of older WW1 rules - the core rules such as shooting and damage are sound.  Planes moving only 5 hexes or so means you get plenty of room to maneuver on a hex map. If you have more than 2 people wanting to play and are happy to have only a couple of planes each CY6 is a solid choice for gaming clubs.

Recommended? I'm not a fan of plotting moves on paper, even if pilot skill rules renders it less a "guessing game" than Wings of War. However if you like this sort of old-school air game (it's simply a slicker WW2 version of Blue Max/Canvas Eagles) it's a very polished example of the genre.

Personally, despite its quirks and flaws, of all the WW2 air games I've tried I prefer the more unconventional Bag the Hun - with its ability to handle more aircraft (8-12), better spotting rules, solo play abilities and clever card activation replacing the pre-plotting and record keeping of CY6 which I do not enjoy. I will definitely look at buying the CY6 scenario books though as I was very impressed with the campaign/scenario aspects.
Posted by evilleMonkeigh at 04:23