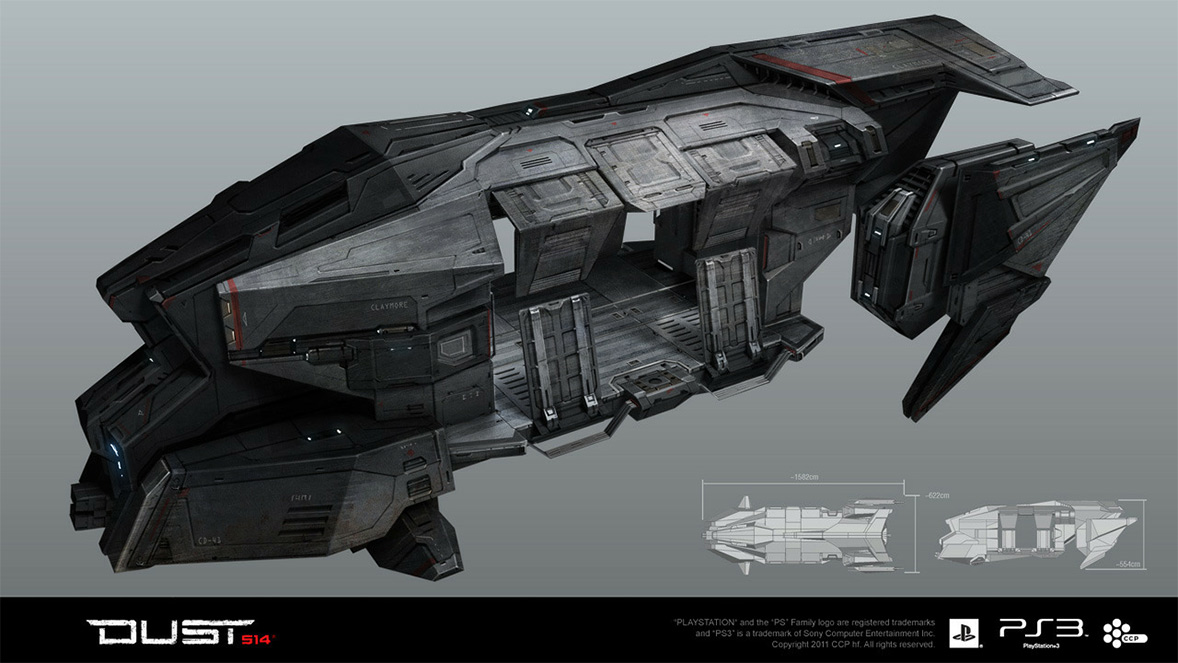 A warship from Dust 514. Like EvE Online, I want all ships (even the smallest) to have a role and equal survivability; unlike most games where small ships are an easily swatted distraction.

Electronic Warfare (Hacking Module)
Targets can only be hacked in the ships 'zone of control' but this can be extended by "Relay Drones" or recon ships with datalinks. Roll an opposed roll between ships.
1st success: Target is paralysed; cannot fire

The next turn, if still in its zone of control, it may test again:
2nd success: Target weapon systems can be controlled by enemy

Any failure instantly breaks the lock.

Specialist Role: Hacker Escort
Small ships equipped with a EW module can be used to join rolls against hacking attempts as a "defensive hacker" to break hacks on allies. 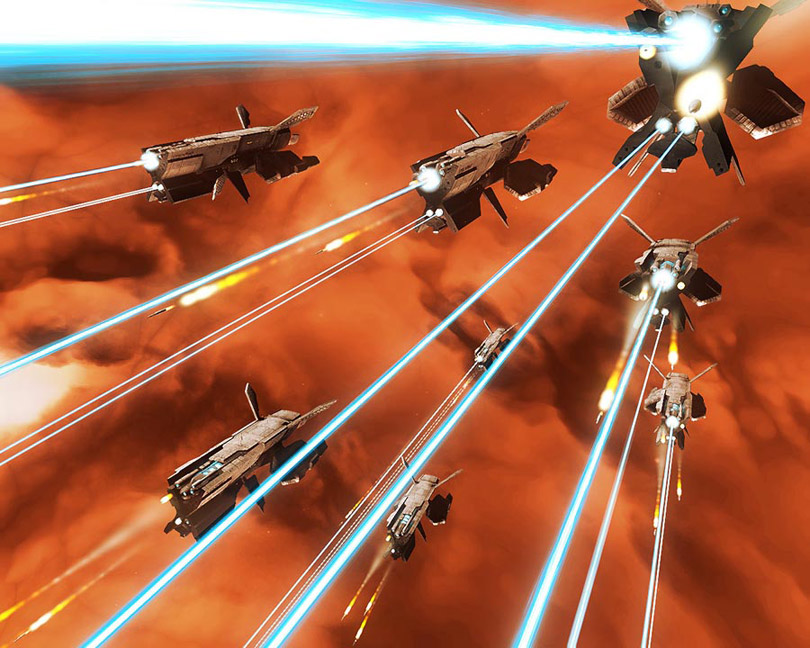 Ships from "Angels Fall First" a mod for the PC game Unreal. You can board and hijack ships!

Boarding Parties
These are pods or EVA suits that attack at half a ship's CQ range.  Relative velocity (of either ship) must be under 10" or half maximum movement.

Boarding the ship:
The target may pass a CQ roll to engage the pods with point defence fire* OR use thrust to evade (and add thrust bonus to first opposed roll). The next opposed roll is to see if pods gain a "Foothold" on the ship.

Specialist Role: Assault Ship
Small fast ships with good defences can try to capture large expensive enemy vessels - like the salvage frigate on Homeworld.  Also there is an added reason for escort frigates who can engage pods with point defence.
Posted by evilleMonkeigh at 21:30