Game of Thrones/A Song of Ice & Fire Review: Not the Best Anymore?

Since the well-made HBO show a lot of people are "discovering" the books* and how awesome they are.

However I'd suggest these are NOT in fact the best fantasy books currently around.

(Interesting fact: before the movie "Troy" the archeological dig received only a trickle of visitors a year - after the movie, millions - such is the power of the big screen)


Game of Thrones
Without a doubt, George R R Martin is a talented author.  Both smug critics and the general public agree. Whilst he is a pioneer, to say he "invented" gritty dark fantasy might also be a exaggeration. The "Black Company" series by Glen Cook certainly predates it and J V Jones "Baker's Boy" (1995) and Robin Hobb (Assassin's Apprentice) 1995 have grim themes and far from infallible heroes. There are arguments for Michael Moorcock's work.

However GRRM is painfully slow, producing books with all the speed and enthusiasm of a dog pooping razor blades.  He went years over deadline. He also seems more interested in editing anthologies such as the little-known Wild Cards series than finishing Game of Thrones books. Though I suspect the shed-loads of money he will now be making may smartly re-focus his priorities.

Five novels since 1996 is hardly prolific and you can't say it's due to the editing process - his prose, whilst good, can be rather long winded. A six year wait between books 4 and 5 (which shared a concurrent time-line!) has me doubting he'll ever finish with this cash cow in his lifetime (*cough* Robert Jordan *cough*)  Despite the long incubation the latest book "A Dance with Dragons" is certainly the worst in the series and for the first time ever (I started the series back in 1996) I found myself skipping pages, bored - a criminal offence from any author. Whilst not as misogynistic as feminists will make out, he does seem a bit preoccupied with teen sex and rape. 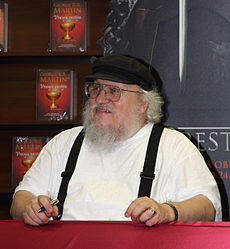 Tell me that the idea of this guy writing about forced teen sex doesn't make you feel a tad uneasy...

Don't get me wrong. These are good books. Game of Thrones was a breath of fresh air, and we have GRRM's success to thank for the burgeoning "gritty fantasy" movement, which exchanged nauseatingly heroic characters and sickly sweet coming-of-age stories for believable, fallible multi-faceted characters with realistic motivations.

...but.... despite the hype, I'd steer a friend elsewhere.  My advice: Enjoy the TV series (which is remarkably faithful to the books) and move on. (I have similar thoughts on Lord of the Rings which is an over-indulgent exercise in world building with mediocore characters and plot development - but that may be dangerously close to heresy...)


Joe Abercrombie
I think this guy has inherited GRRM's mantle as the "cutting edge" of gritty fantasy. He took the format laid out in GRRM's work and refined it.  Like tuning up an old V8; stripping it of excess weight, and adding new brakes and a supercharger.  His books stand out from the new wave of "gritty fantasy" practitioners even as Game of Thrones first stood out amongst other fantasy books.

Why do I make this bold claim? 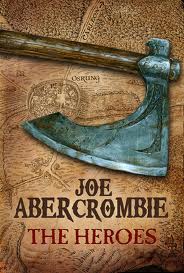 The Heroes: Axe-wielding norsemen fight to themes of Band of Brothers and Killer Angels

His novels keep getting better. His latest work, The Heroes is brilliant and the writing style has dramatically improved from his debut in The Last Argument of Kings.

Less main character points of view than the dizzying array in Game of Thrones means a story that is easier to follow.

His writing style is leaner and less indulgent, yet no less intelligent. His dialogue is snappy and and a twisted sense of humour pervades throughout.  To call him the Tarantino of fantasy would be lazy and inaccurate - Abercrombie is much superior. 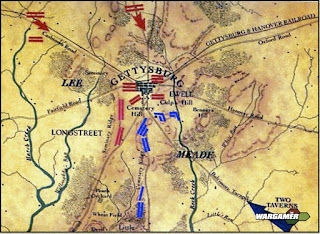 What does a war movie, a Western and a Shakespearan revenge drama have in common? They all provide themes to Abercrombie's stand alone books...

The book favours entertainment over complexity - whilst cleverly written, plots are simple, but showcase a wide repertoire. The Heroes is a war story which shares themes with books like Band of Brothers and Killer Angels. Red Country (yet to be released) apparently has echoes of the western True Grit. Best Served Cold is a Shakespearan revenge play.

If you like your fantasy gritty, Abercrombie sets the bar.  Game of Thrones is a struggle for a kingdom - the First Law trilogy is a squabble between sorcerers that has become a continent-spanning Cold War that has lasted centuries. Abercrombie sets fantasy conventions on their heads with a infectious enjoyment. GRRM changes perceptions of characters of the course of the series - Abercrombie can do it within the span of a book.

My only complaint - ramping up the violence and "gritty scale" may have lead to an "unrealistic" level of grittyness where pretty much everyone is a bastard.Game of Thrones has a more balanced character selection.

Finally - his stories actually END.  This is a vanishingly rare virtue nowdays. Remember when 300 pages was a big book? Remember when a trilogy was only three books (not a dozen)?
I blame the editors.  Every fantasy author seems to think you need a dozen 700-page tomes to tell a story and no one seems to reign them in. It's like most 22-episode TV series. Half the episodes are "padding" and irrelevant to the plot arc. The same can be said of most chapters in your average fantasy book. Heck, God only needed 1200 pages or so for the Bible.

TL:DR
Abercrombie ramps it up a level to stand above his peers.  Faster, leaner, tighter, grittier.  Commit to a book, not a six year wait.   Snappy dialogue and a sense of humour prevail throughout.  Abercrombie pushes the envelope that George R R Martin defined. Recommended.

Posted by evilleMonkeigh at 08:53 3 comments: