Here's my next 30 minute project. It was just random balsa pieces put on top a piece of precut MDF (I think they are meant to be drink coasters but they are very handy for terrain bases).
The rig "legs" were black plastic piping for sprinkler systems. 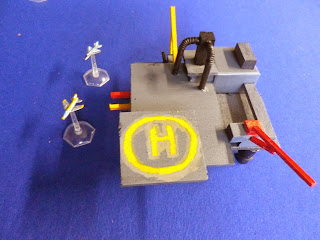 I had spare time so I thought I'd paint on a bit of detail and stay under my 30 minute limit.
Kinda regret I did though - it looks rather cartoon-y. Also making the helipad so garishly obvious precludes the use of the rig for VSF aeronef gaming... 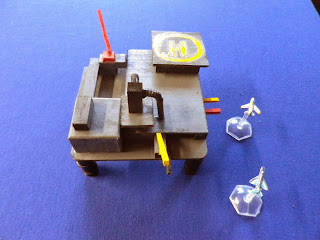 The jets are Tumbling Dice 1:600 and are always a pleasure to paint. 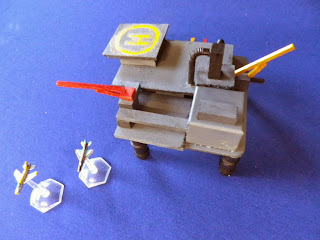 
Yukikaze had wormholes that appeared over Antarctica. They lead through to an alien planet which humanity invades through the wormhole.  Lots of cool dogfights. Weird incomprehensible plot.