I did my usual prevarication over whether or not to invest in "Heavy Gear" and as usual concluded they are ridiculously overpriced. So instead I resorted to 6mm to get my mecha fix.

Iron Wind Metals are a great source of 6mm mecha. Their "Battle armour" for their 10mm Battletech line are a perfect fit.  Just look in their Online Exclusives section.  The range is huge and has more options than pretty much all the 6mm manufacturers combined. 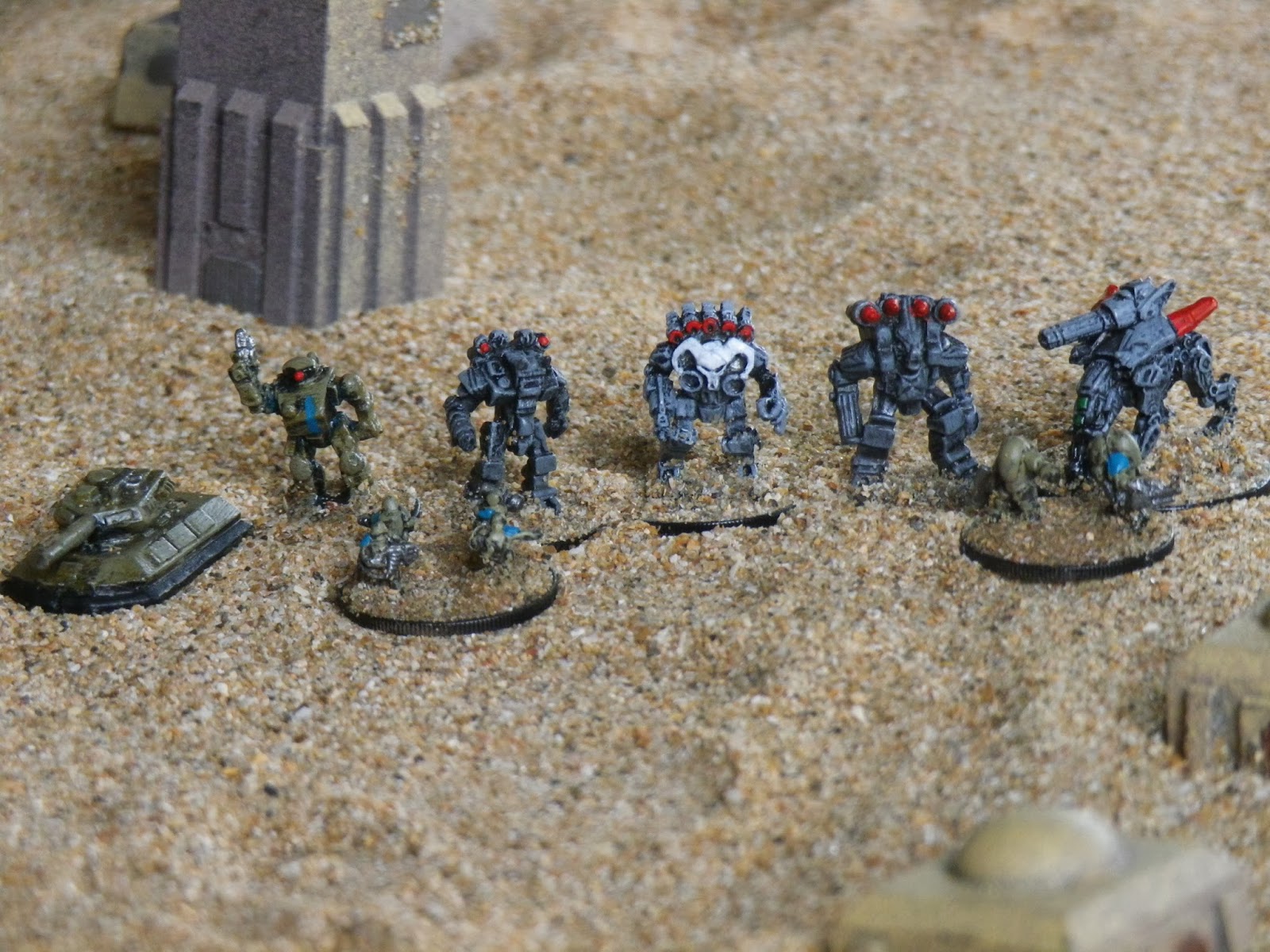 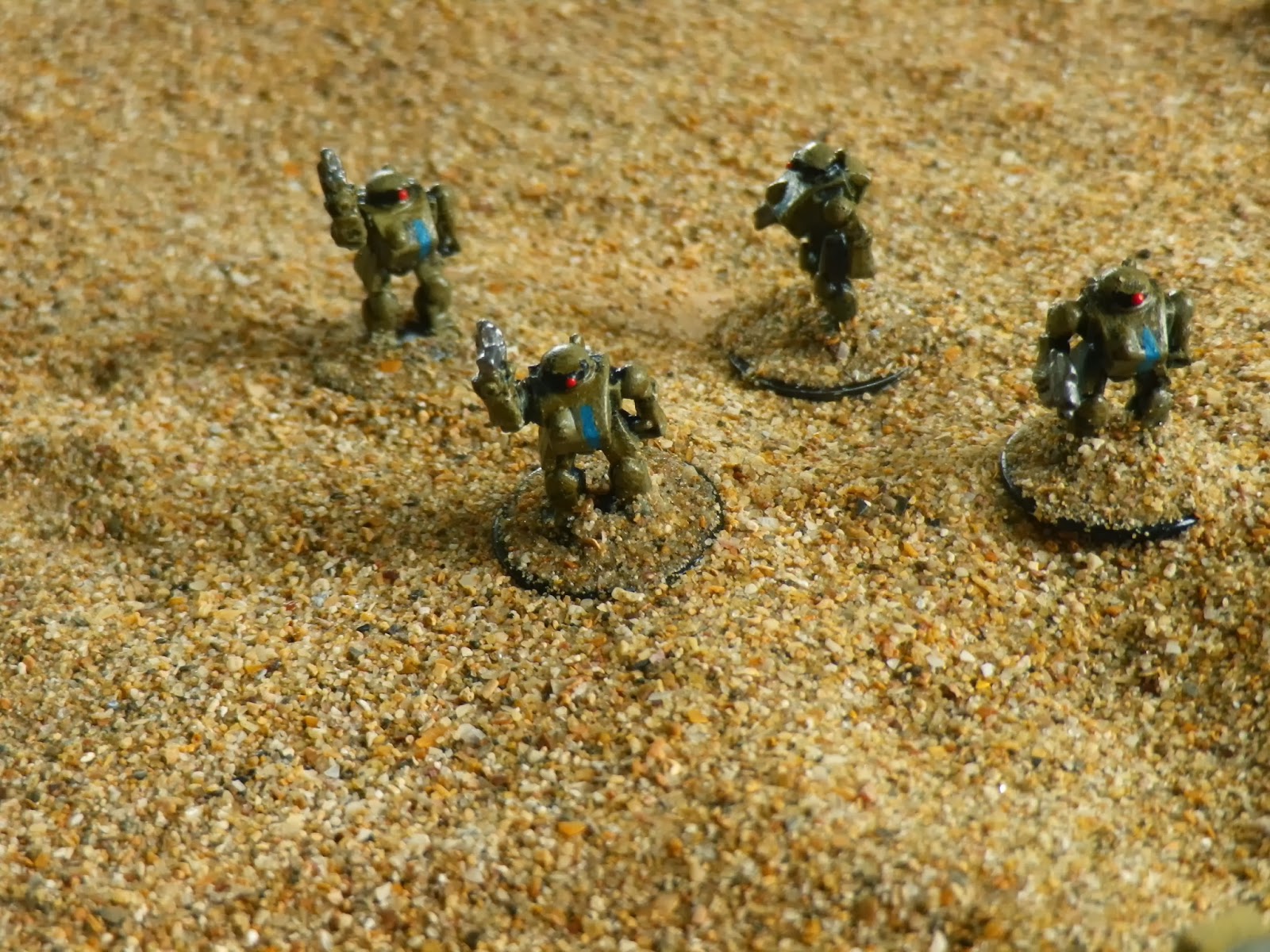 The GZG "Fatboys" have a definite VOTOMS vibe. If you haven't watched it already, VOTOMS is a very "realistic" and gritty military mecha series from the 1980s. 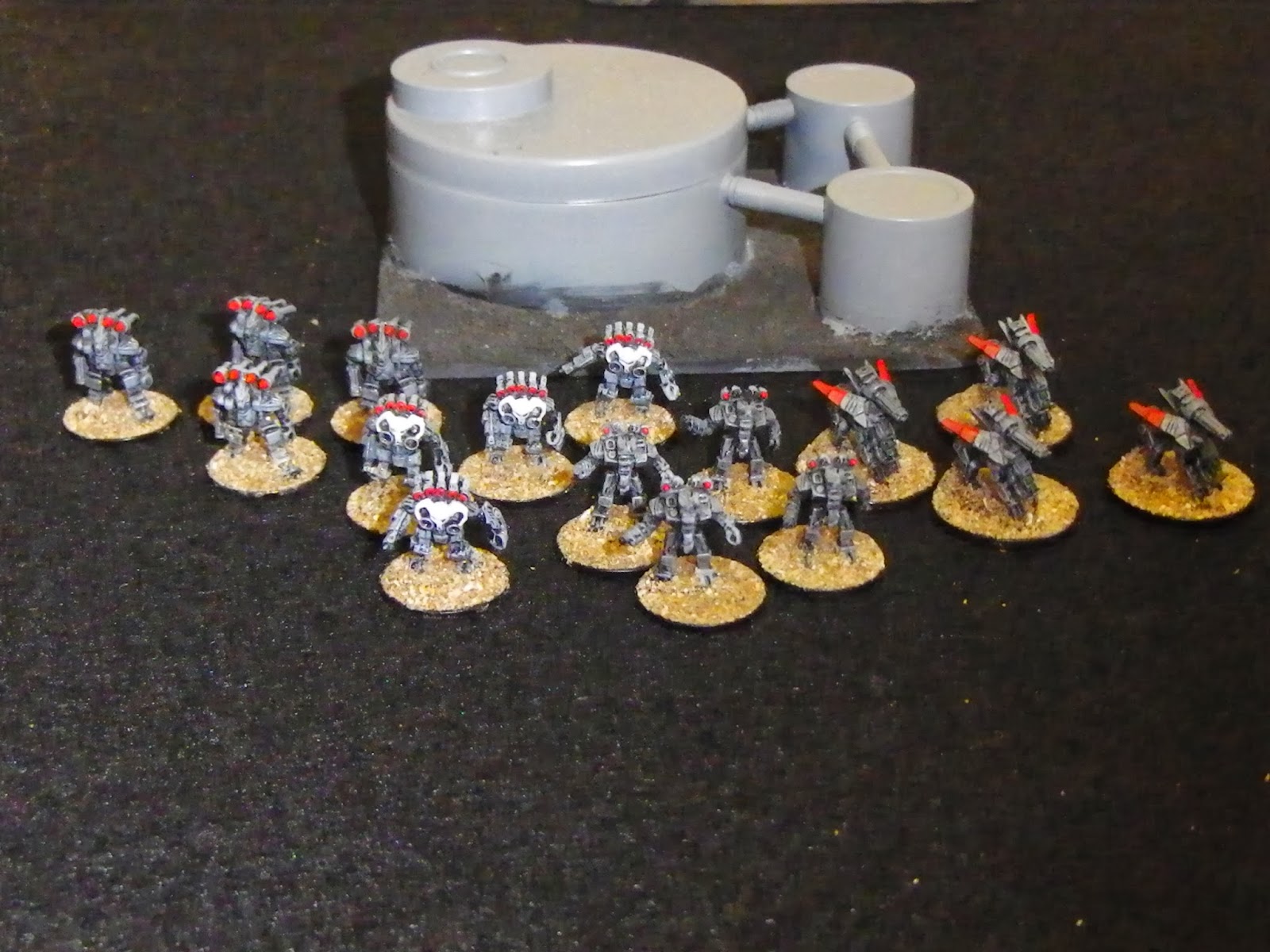 These are all Demon series battle armours from the Word of Blake "Shadow Division" from Battletech lore. 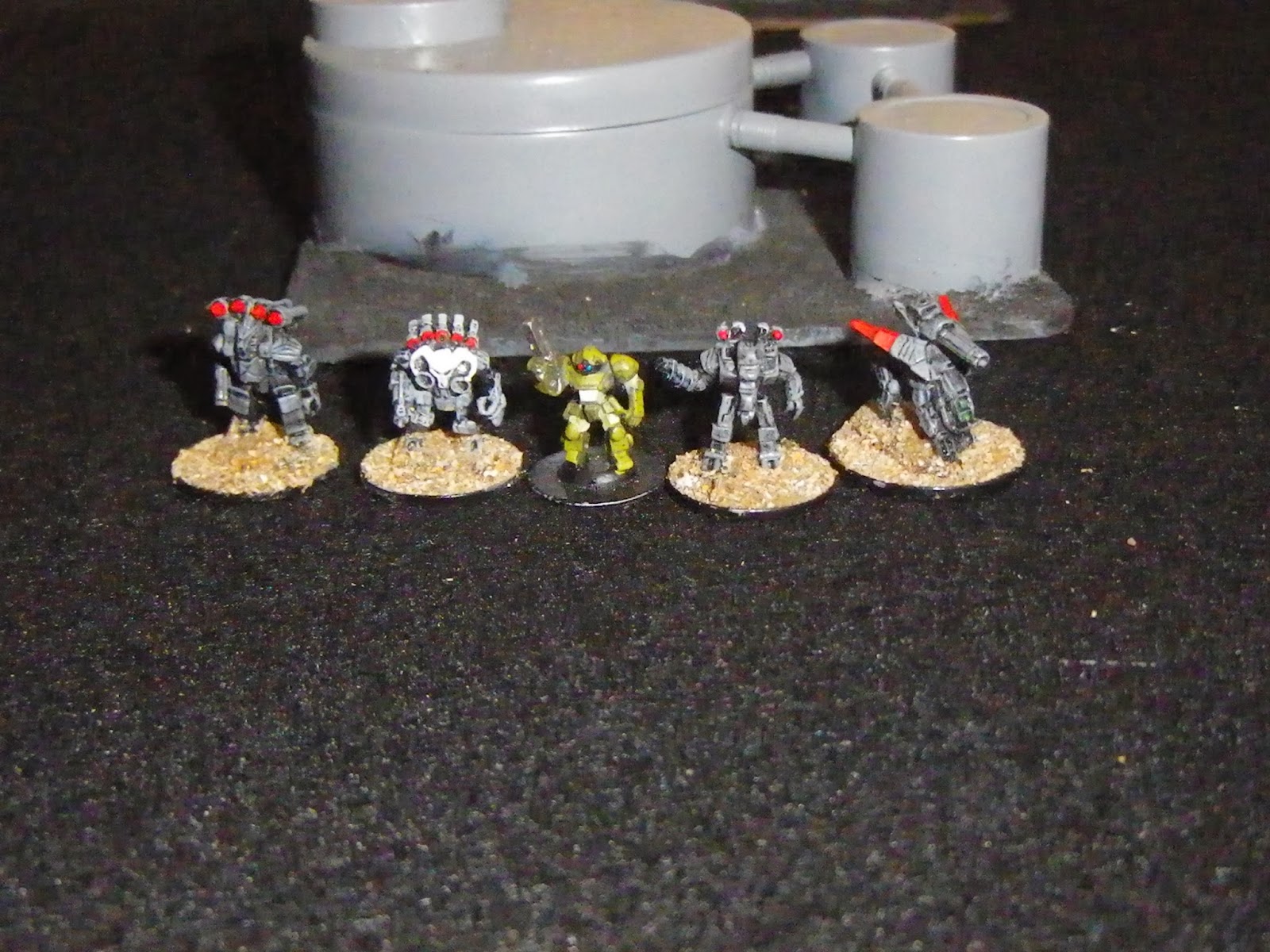 Another comparison shot that shows how well the IWM battle armour matches up. This time a GZG "Hound Dog" is shown in comparison. 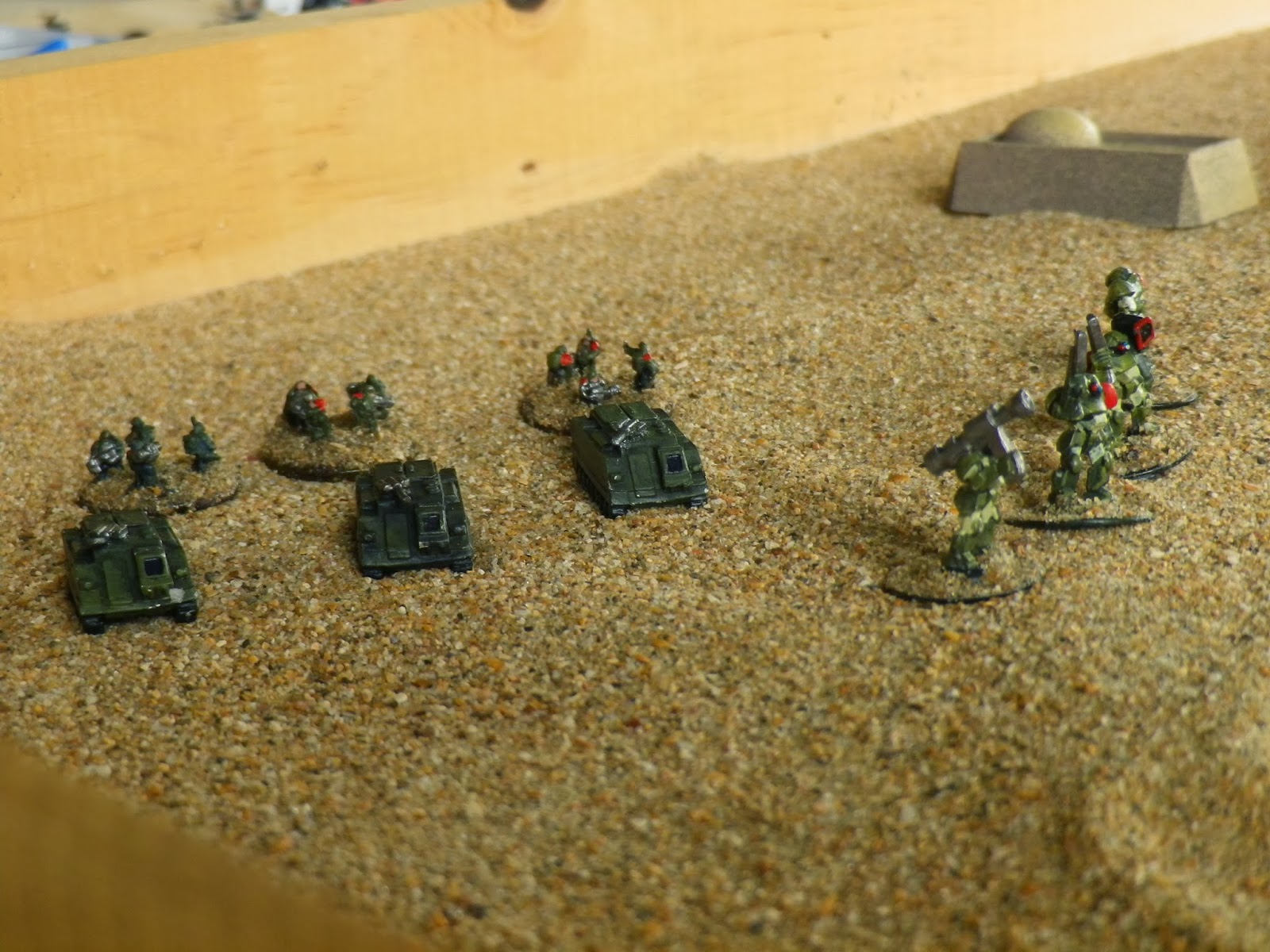 More Hound Dogs as part of the OpFor. 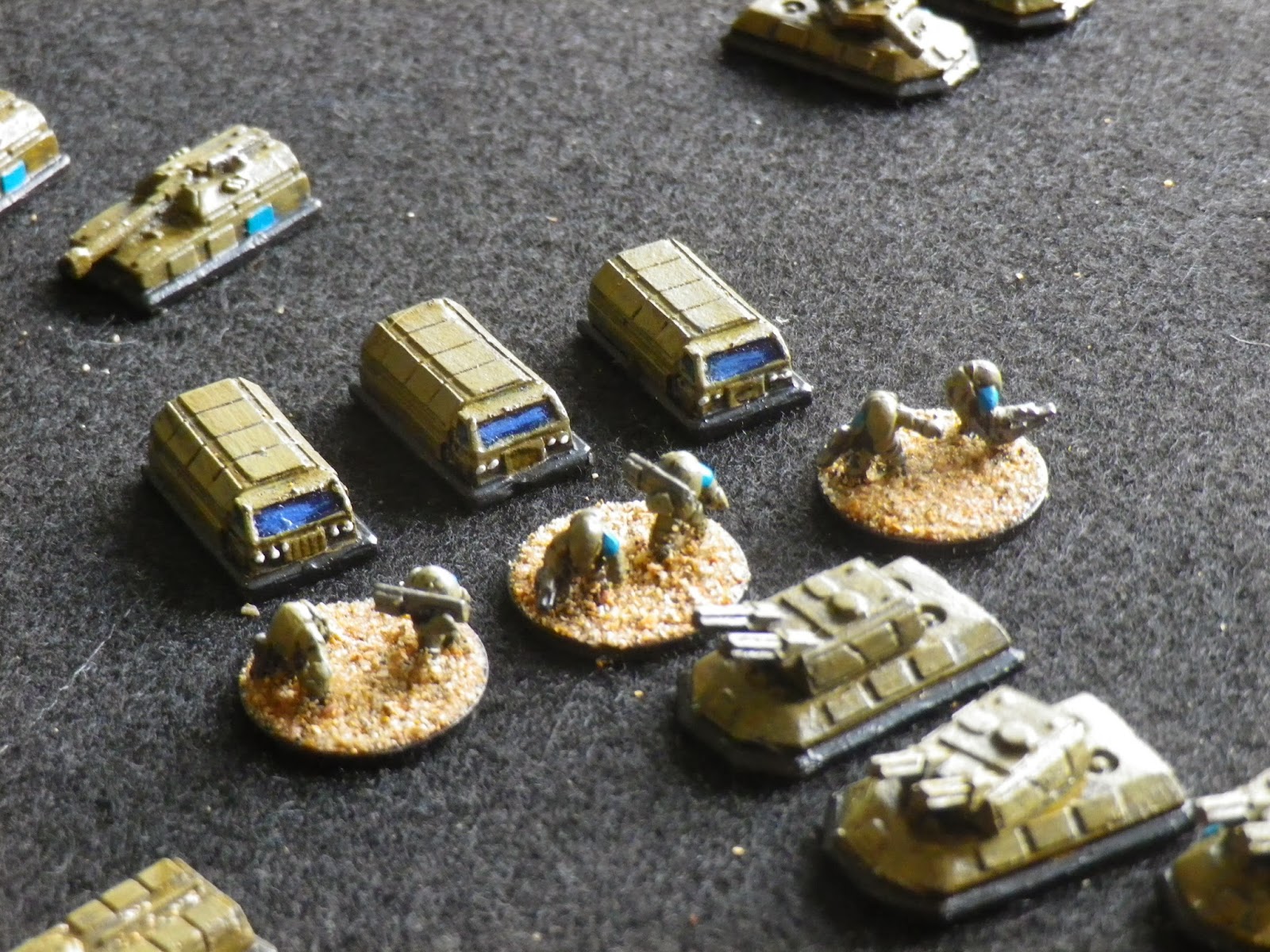 I also really like the Brigade power armour. It has a real MaK vibe. 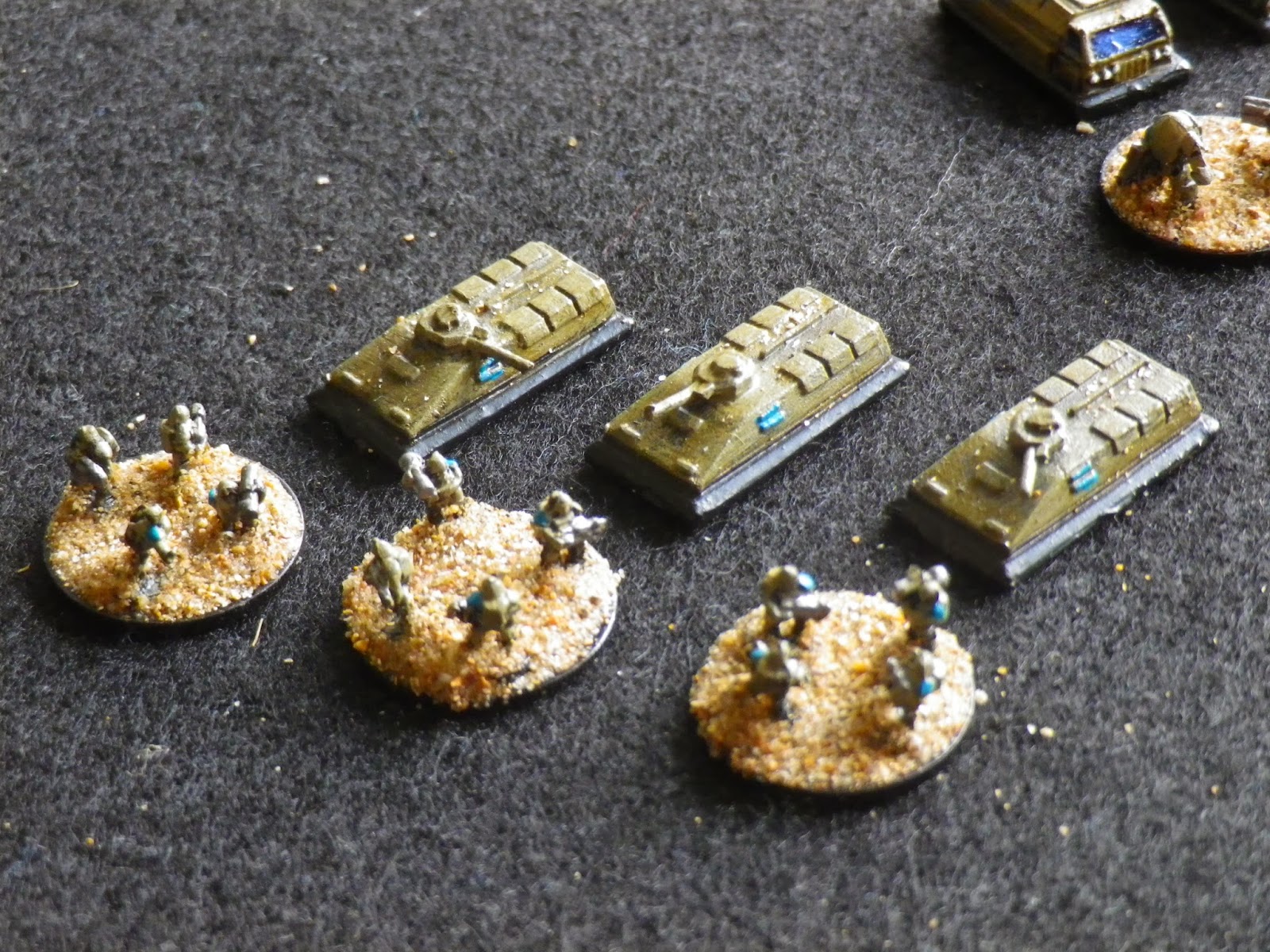 The infantry is also quite good, and is well-priced. 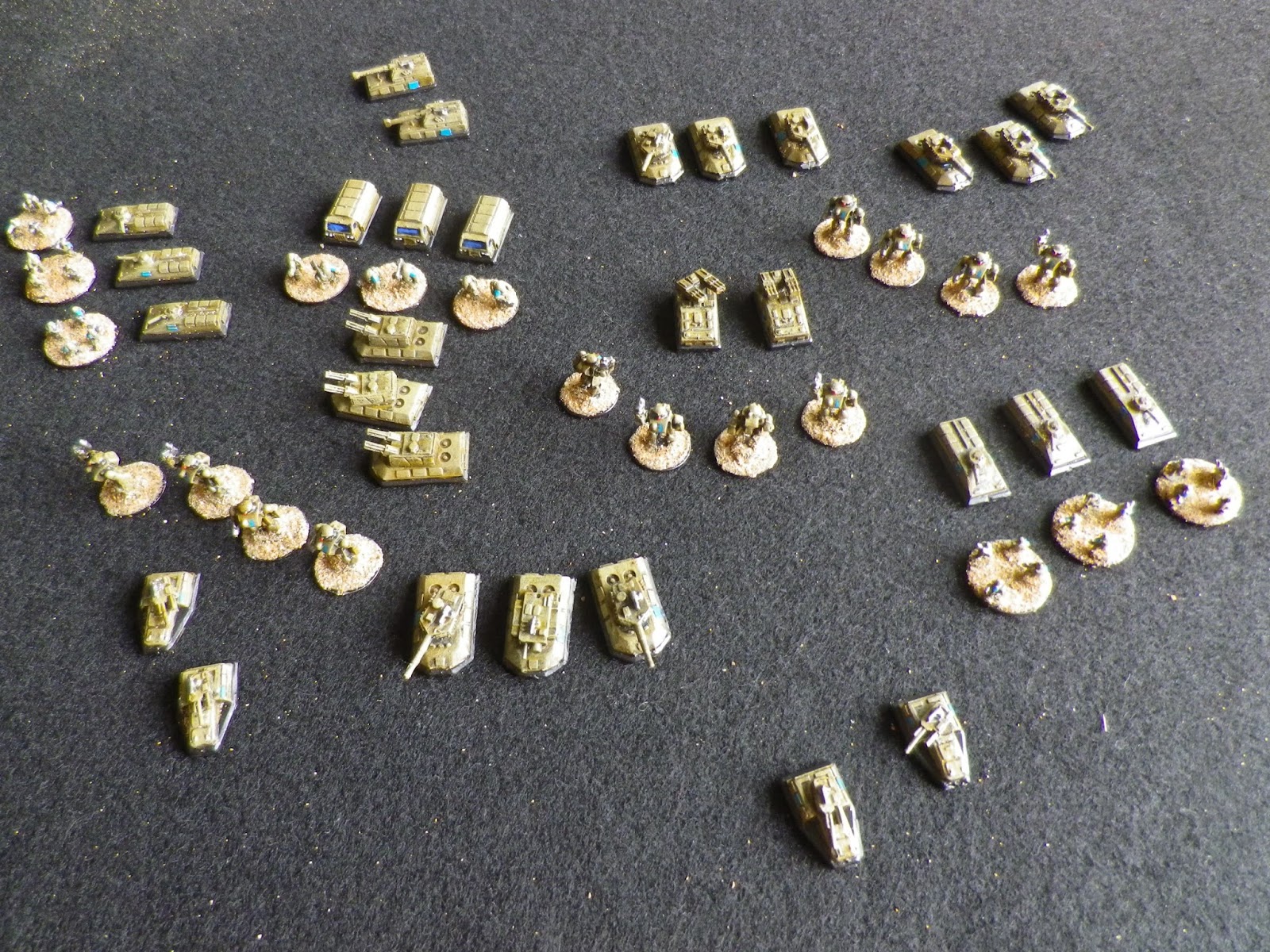 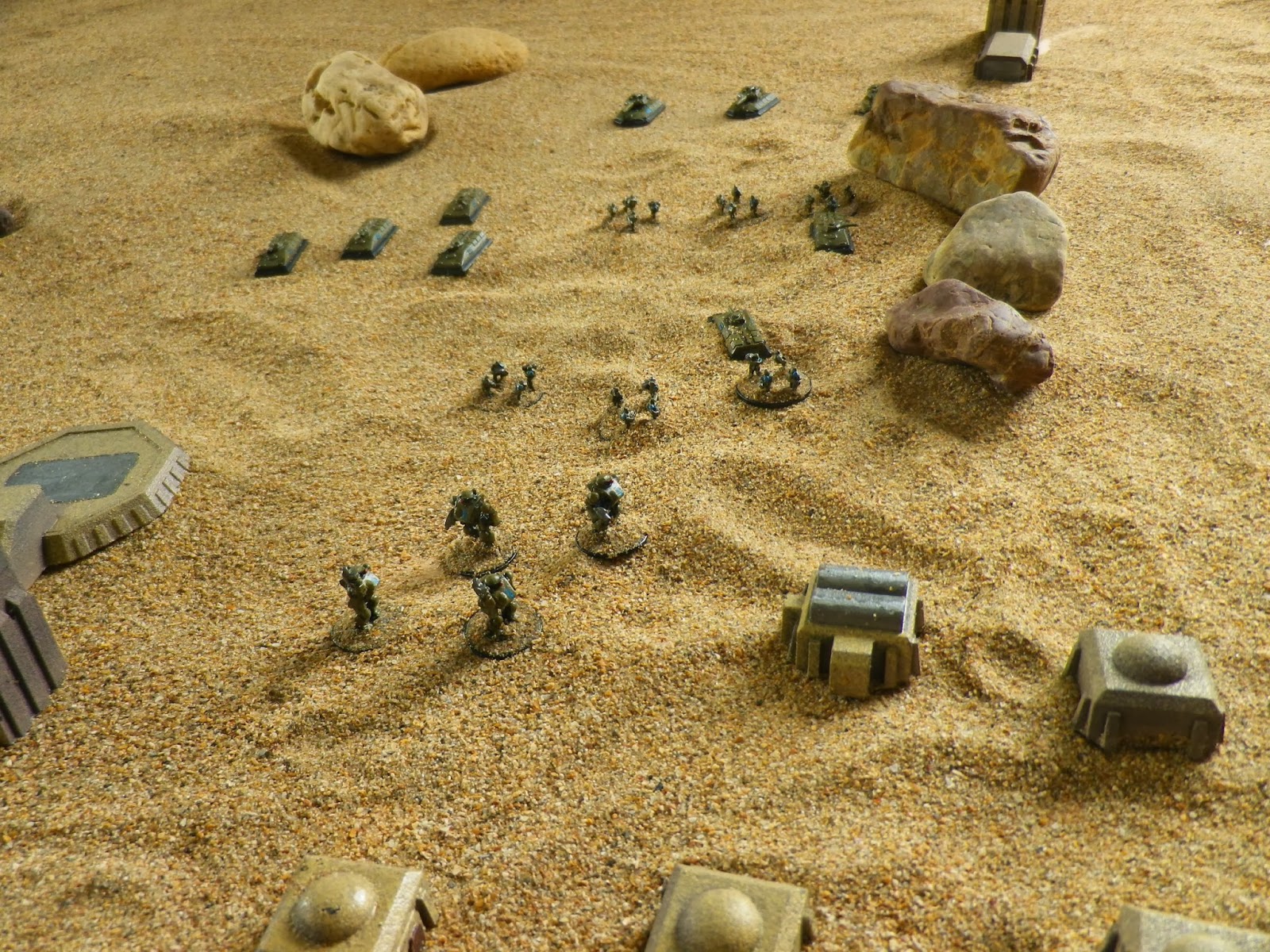 The buildings are also Brigade models. They are also quite well-priced. 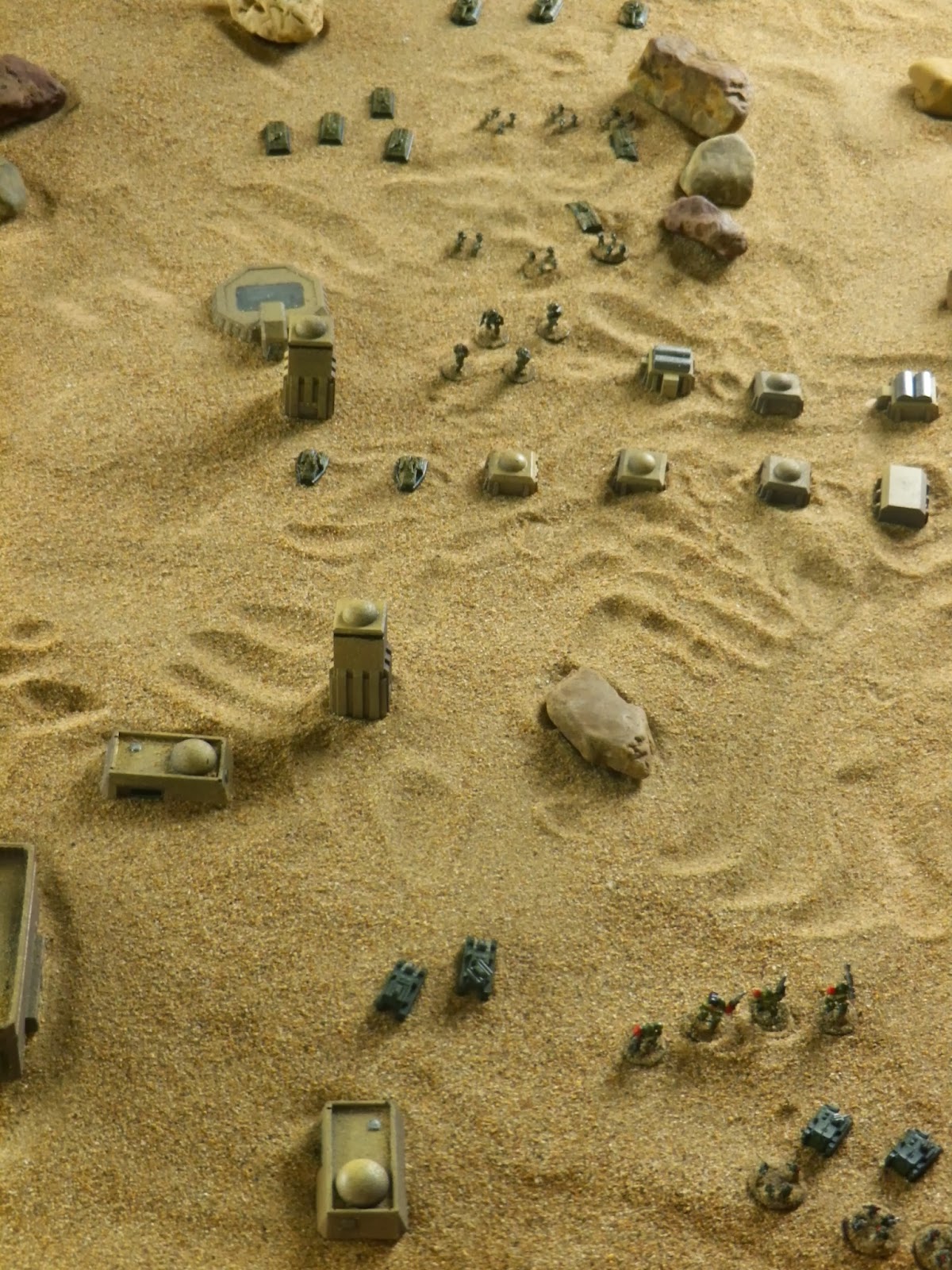 I'm also working on a way to abstract the zillions of hitboxes in Battletech using the bell-curve percentages of 2d6 (the possibilities are quite interesting - I might do a separate post on this). I've tried the new Battletech fast-play rules "Alpha Strike" and found it too simplistic.  I still want to know if individual arms and legs are blown off - but I don't want to have to "scrub off" say all 40 hitboxes of leg armour before I can actually damage the mech's legs. It's kinda silly really - in reality shots either penetrate armour or they don't - they don't have to remove every last bit of armour before they can start to do internal damage.  I'm also experimenting with using the Fistful of TOWs modern rules system (it has vehicle design rules that I can stretch to cover mecha).
Stay tuned for more mech action...
Posted by evilleMonkeigh at 17:16 6 comments: