I know gravity well and orbital speed are affected by other factors besides planetary mass, but I am going to keep it simple.

I think another rule I will make is that if a space object has less than a 2" radius it has no gravity well, to simplify identifying and using asteroid fields... (I'll need rules for them too I suspect) 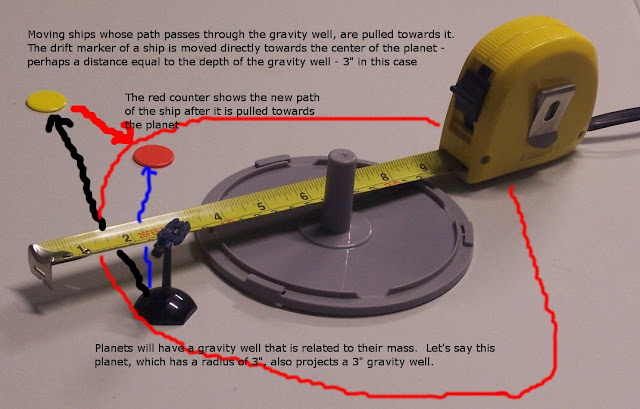 Planets have a gravity well equal to their radius. It pulls ships drift markers towards the planet. 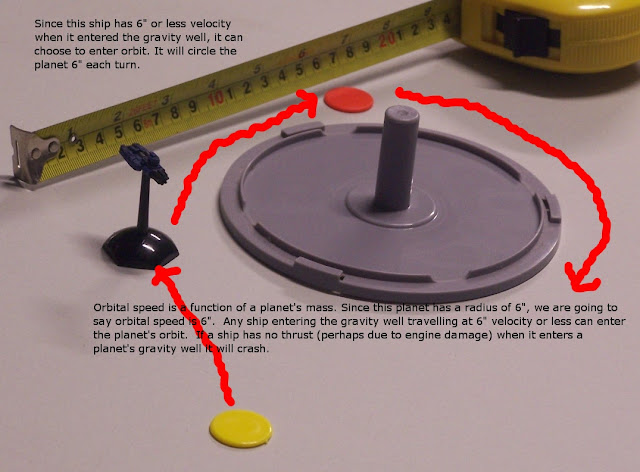 Planets have an orbital speed equal to their diameter. Any ship entering the gravity well at a velocity under orbital speed will have the option of entering orbit. Unless their engines are out, in which case it will be a bumpy landing of crashy explodey kind. 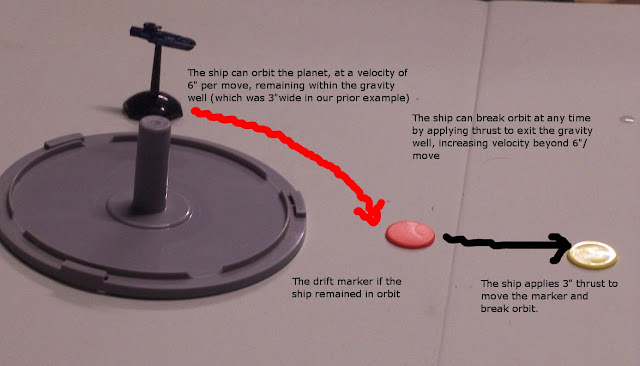 Ships can circle the planet within the gravity well at orbital speed indefinitely or can break orbit at any time by using thrust.

OTHER PLANET RULES
Satellite bases obviously orbit planets like an orbiting ship does.

If a ship's move ends inside a planet, then (a) if it's velocity is orbital speed or less it can enter mandatory orbit on the side it entered the gravity well OR (b) if it is travelling faster than orbital speed it will crash and explode
Posted by evilleMonkeigh at 09:56