I could do this SOOOO much easier if I only had used hexes.  I know a simple equation that would work for all situations and be much faster.... but nonetheless... 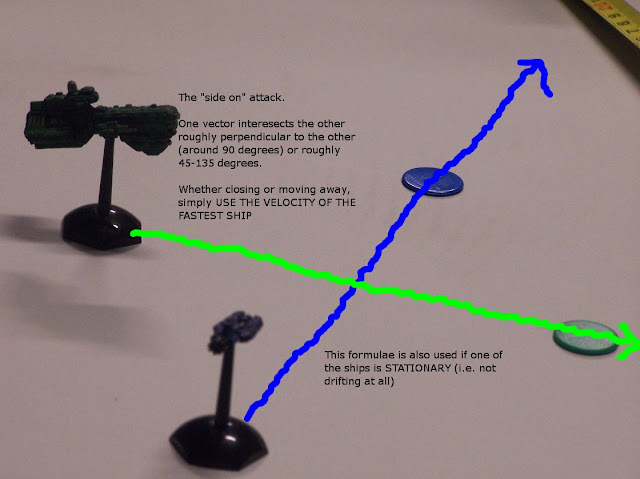 If ships are stationary or approach side on, use the velocity of the fastest ship only. 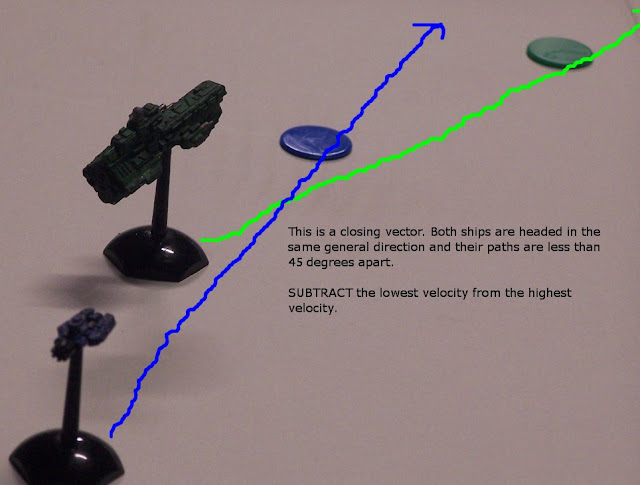 If ships are closing, subtract the lowest velocity from the highest.
Note this rule could change if I enforce a "hard upper limit" of 20" velocity 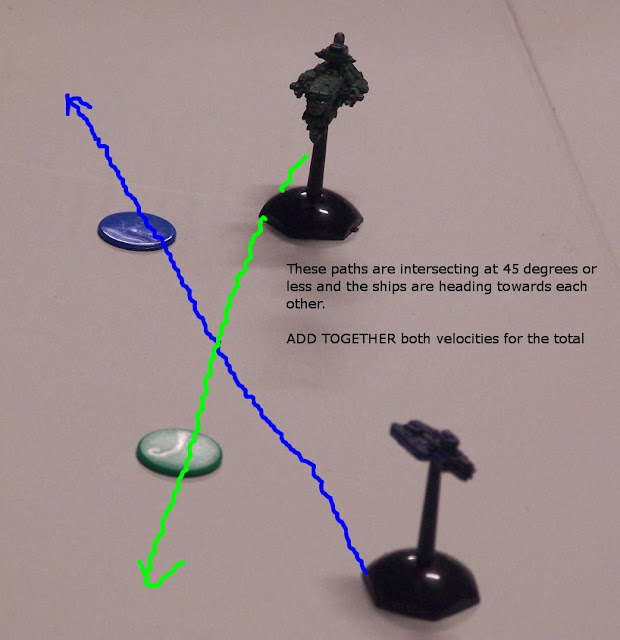 If ships are heading for each other at less than a 45-60d angle or so, they are closing.
Add both velocities together! 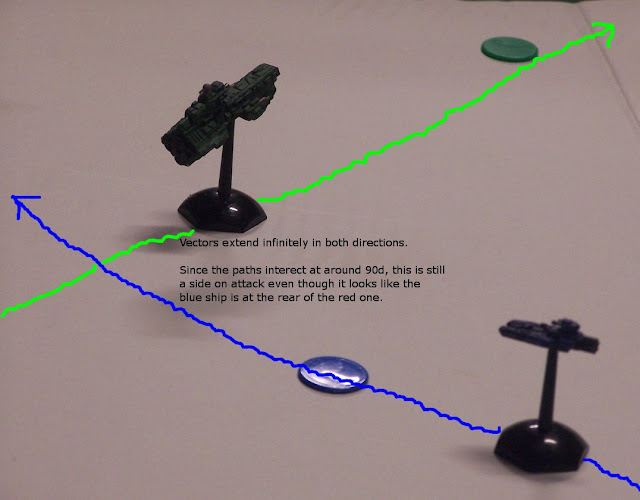 Vector paths can cross in front or behind a ship - it is the angle that matters, not where the paths intersected.  This is a perfect example of a side on attack, as the angle is near 90 degrees. It is NOT a rear attack.

I really think I might switch to hexes as I could have used a single photo and forumla to show all of this. If you can think of a better way to do it (hexlessly) please let me know.

EDIT: Here is the hex rules with a photo illustration 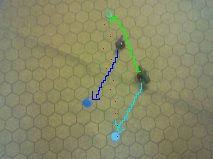 The dark blue line shows the blue ship's actual movement path. The light blue line and marker show the imaginary line and path the blues ship would have if it shared a starting point with the greenship.

The red dotted lines show how many hexes between the imaginary drift marker of blueship with the actual endpoint of greenship. The difference is 11 - giving a relative velocity of 11...