I will probably be grouping fighters into 4-6 fighter flights, and missiles into salvoes.

However, tracking them will be a pain.  Here is a pseudo vector system that requires no measuring and only a single transparent circle with 2,3 and 4" radius rings incribed on it.

Since I can't find my protractor, I'm using a 4" W40k blast template as a stand in for a 2" radius template, used by a 2" thrust fighter

I have abstracted it by assuming:
(a) fighters are so agile you can ignore facings
(b) fighters tend to cruise at a speed = to their thrust, and rarely exceed a speed = to double thrust as their simpler weapons systems cannot engage targets at high velocities
(c) fighter pilots, in their gel-suit cockpits, can manage brief bursts of acceleration up to double that of an ordinary ship

In return I have done away with all measuring and drift tokens.

In short: You simply hold the circle over the table directly in front of ther fighter and place it where you want, being careful of the final facing, as where its nose points will determine next turn's circle placement. 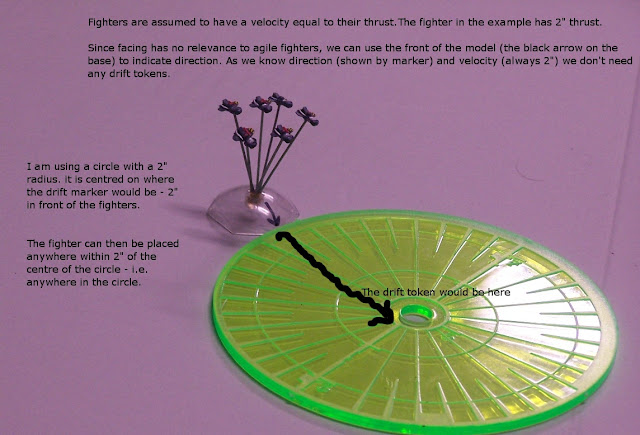 I'm using a 40k 2" radius blast marker as an example 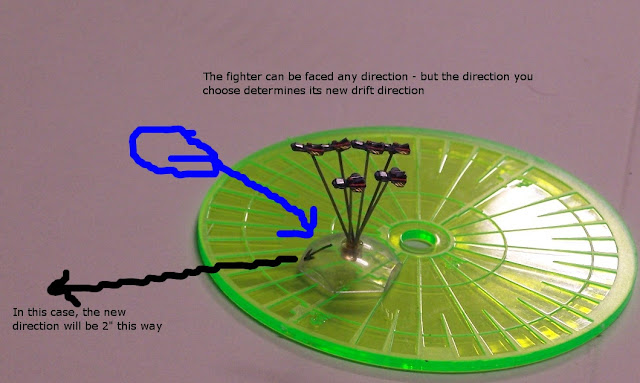 The fighter can attack any direction, and can move anywhere in the circle - but the final facing matters for next turn's move, showing the new drift direction. 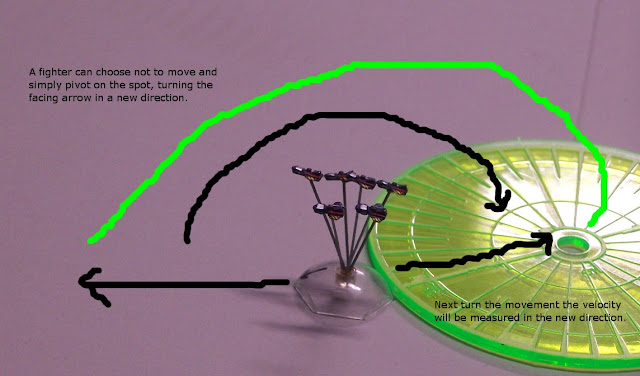 You do not have to move but can simply pivot on the spot...
There!  It plays about 3 x faster than the usual ship placement.
Posted by evilleMonkeigh at 01:58