I'm going to make facing important - perhaps by making shields stronger on one side or the other.  Ships moving under half thrust can pivot and spin pretty much as they choose, using their directional thrusters.

Ships using lots of thust (over half) will pivot to use their more powerful rear thrusters.

Gameplay Effect: Ships using more thrust will (probably) lose out in flexibility of firing arcs, and perhaps have a weaker defence through the rear arc of the ship.  Ships using less thrust can bring more guns to bear and can keep their weaker side away from the enemy fire. 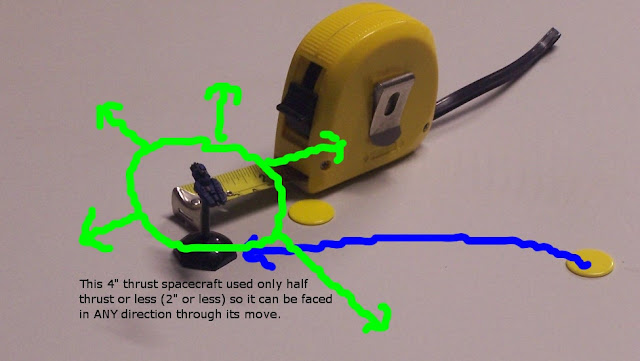 As you can see, spacecraft using less thrust have more options. 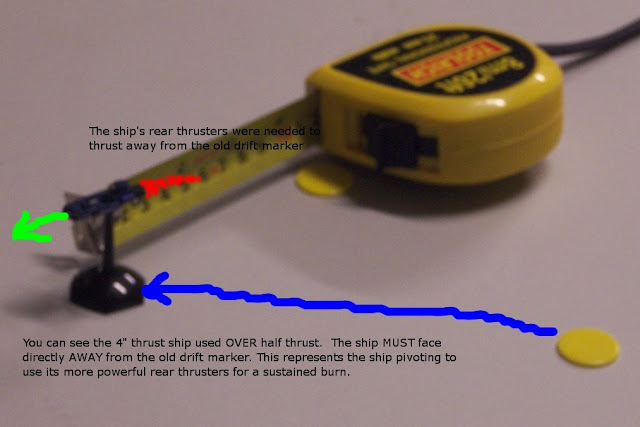 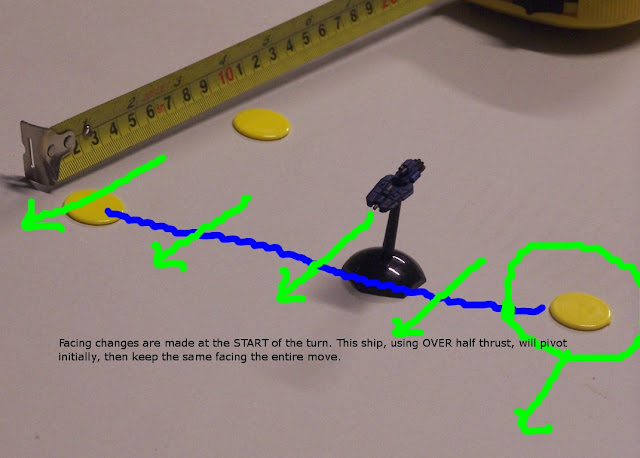 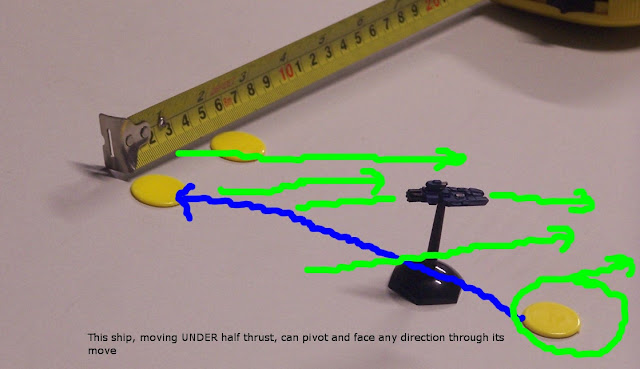 Ships using less thrust can pivot in any direction at the start of the move, move through the move on the same facing..... 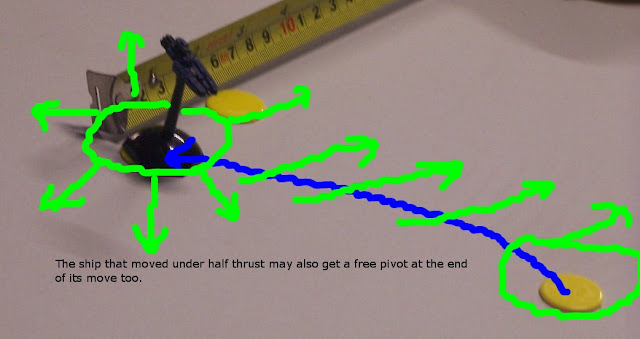 ...then get ANOTHER free pivot at the end of the move

Phew, done! I hope that makes sense cos it comes across a little complicated... next up: planetary bodies and gravity wells....
Posted by evilleMonkeigh at 08:59