Delta Vector the Game: #4 Movement off Board

Now I COULD move the drift markers of all the ships relative to each other, but that is waaay to fiddly.

Instead, ships can leave the board (and be free from pursuit) and re-enter it....  usually as lot later.  The faster the leave the board, the longer it takes to stop, turn around, and head back to the battlefield.

I can see velocity 1 ships ducking on and off-board and abusing this rule to avoid enemies, so I will say ships currently off board count as lost for morale or VP purposes or similar if a test is taken when they are off board.  Perhaps a ship moving off board will test morael to see if it returns; and perhaps a ship that leaves the map forces a moral check/has a morale effect on frinedlies, as if it was destroyed. 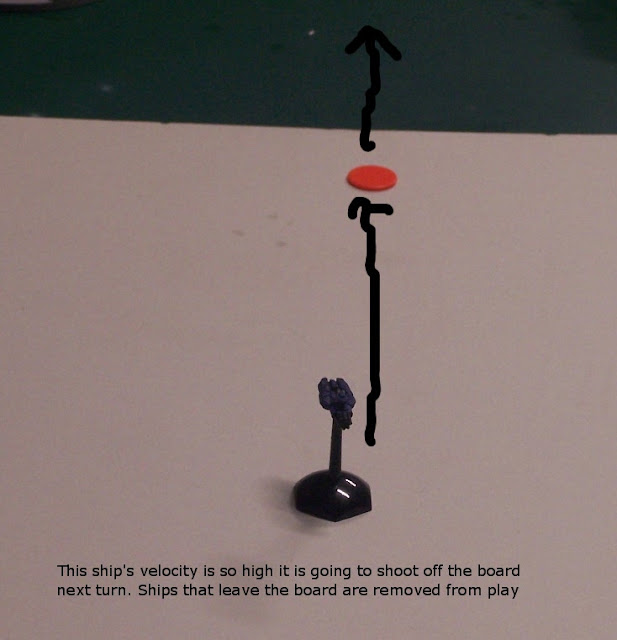 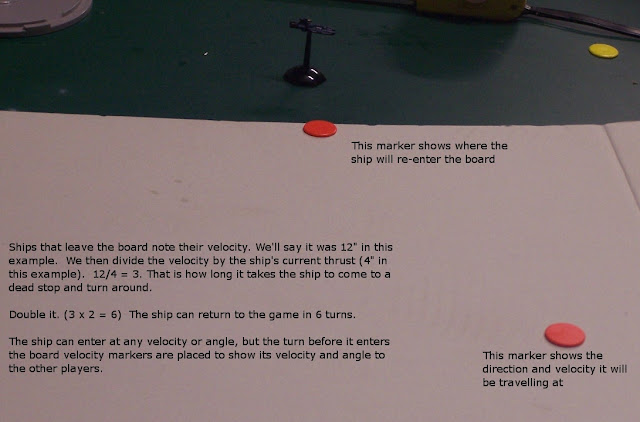