I liked Lightning Strike by DP9 so I was interested in their Weird WW2/Pulp air rules. 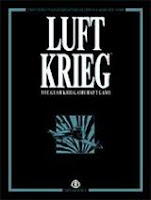 The cover is rather sombre - a Weird WW2 game should have Nazi saucers duelling Spitfires...

The Shiny: The rulebook is softcover with black and white illustrations.  It is not laid out as elegantly as Lightning Strike and info is harder to find. It comes with colour card cutouts for markers needed in the game - always a good feature - I dislike having to make markers just to try a game.

Initiative: The winner of the initiative gets "command points" which he can use like overwatch to interrupt an opponents turn. It is alternate move (by flight); i.e. Side A moves its flight of 2-4 aircraft, the Side B moves a flight, then Side A etc.

Movement: It has 20 altitude levels which is a bit much to track. I prefer Bag the Hun's 6 levels which could be tracked on a single tiny micro dice.  Speed is sensible - a unit is either at normal or combat (double) speed which requires a counter. Planes also have a minimum speed which they must move - or stall. Turn radius is how far a plane must move before turning.  I think Luft Krieg was aimed at 1:144 aircraft using hexes but it can be played hexless and at smaller scales.

Planes may perform sideslips, tight turns, roll and lop but must test pilot control or spin.

Detection: This always bogs a game down.  I found these rules somewhat involved and confusing.(Crew Skill + Modifiers to beat a Threshold that is also modified) I would probably ditch them or substitute my own.

Combat: This uses the great DP9 contested roll system, where the degree of success of the attacker influences damage.  Basically, it is a single roll with a built in critical hit effect; criticals are thus more likely with an easy or point blank shot.

However Luft Krieg has added in an unneccessary and complicated critical hit table (actually 4 tables!) which adds little to the game besides a hitherto unneeded level of bookkeeping.

Advanced Rules: These include weather, barrage balloons, helicopters, remotes, and joy! aircrew rules and traits including morale and special abilities.  There is also a hex map conversion guide.

There are 24 aircraft profiles which include some of the weirder Luft 46 planes and some that don't even have miniatures made for them. Apparently DP9 ran out of enthusiasm when making minis for this game, like they did for Lighting Strike. 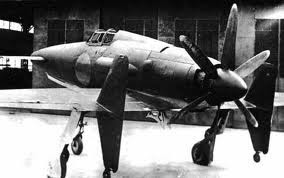 TL:DR
A slim book (47 pages of core rules, 96 total including advanced rules and fluff) with decent initiative and movement rules. Definitely aimed at flights of aircraft rather than 1 on 1 duels, but held back in this regard by an overcomplicated damage system and clunky detection rules; 20 levels of altitude are a bit fiddly and either need writing down or a chunky d20 beside the aircraft stand. I would have liked a points system to modify or create aircraft.

A coherent, logical system that could be modded into something sleeker; you could adapt the core rules quite easily.

I'm probably going to simplify the aspects of these rules I criticized and post up adaptions in the this blog; this may just be my ticket to a playable Crimson Skies game

Now I just have to get rid of the detection and the d20 altitude recording....
Posted by evilleMonkeigh at 01:17