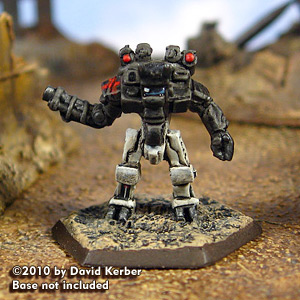 I have considered this project a long time but have just been given impetus by the purchase of several cities worth of 6mm terrain from Brigade Games.  20% off if you are outside UK which covers postage neatly.

I initially was interested in Future War Commander which seems the "go to" 6mm sci fi game. It has a Warmaster/Epic feel which is good as most GW Specialist games are well designed...  ..as opposed to their mainstream rubbish.

However I have always loved the Heavy Gear universe.  Their mechs seem practical war machines (as opposed to the ridiculous  back-flipping-lightsabre-wielding-hoverboard-riding-gargantuans of mainstream anime) and the game seems quite hard-edged.  I also love their damage system, with the accuracy of your hit influencing the damage done.  They also use the light-medium-heavy-destroyed damage system I favour.

There is a very thorough review here which breaks down the rules very well.

Sadly, there was always too many good reasons why I would never get into it - all of them dollars -  the cost of their 1:144 models is exorbitant and makes Games Workshop look like benevolent uncles.

That does not include the terrain needed for a new scale...

So what are our 6mm options? I am mostly interested in mechs and found a handy list here.
I know DP9 has a limited fleetscale Gear range (but I avoided it as their pricing extends to 6mm too!) 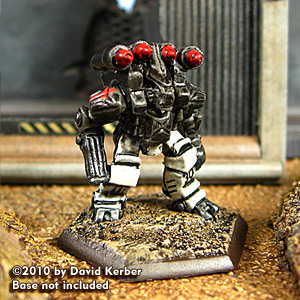 Nephilim Assault Battle Armour. Iron Wind Metals has a wide range of battlearmour that can stand in as 6mm Gears
Other Stuff of Interest
Dark Realm have a lot of nice vehicles that have a HG feel to them but seem very pricey
ZandrisIV has interesting tanks
Reiver Castings is a company of I was not aware of and has some nicely cast vehicles
Plasmablast Games have an awesome land fortress; both they and Reiver seem 10mm+ scale though
Old Crow are good but I'm not a fan of Hammers Slammers tanks which look like an clothing iron
Microworld Games has some interesting stuff
Adler has some interesting stuff but their ordering system is offputtingly archaic
Exodus Wars are developing a range 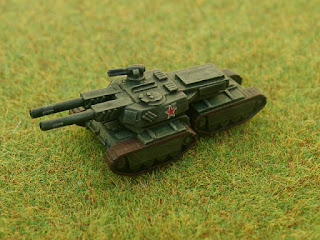 I'll make up an order Tuesday...
Posted by evilleMonkeigh at 22:01