Sadly, I still haven't had any "man cave" time as my family insists on more trips and holidays.  People tell me I'll look back with nostalgia at the time I had toddlers... (but I think they're full of crap)

However, one interesting fact - while on a few days holiday at Bundaberg (a town a few hours north) I checked out some more colonial guns I remembered from my childhood...  ...which turned out to have a direct link to those in my last post. 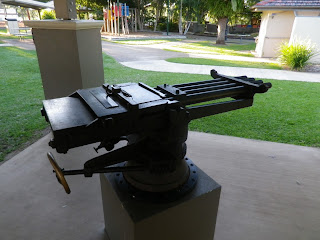 The Nordenfelt guns are all  1" (not .45 cal as I speculated in my last post). The quad (#3348) was earmarked for Fort Lytton but served on one of the two gunboats as well as at the Naval Store at Kangaroo Point. 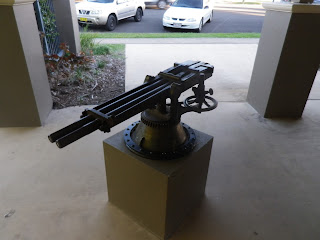 The twin 1" (#6673) was one of two gun mounts on the fast, small 56-ft wooden piquet boat "Midge" - coincidentally, it's the sister gun of the smaller twin gun from the Maryborough Park from my last post. 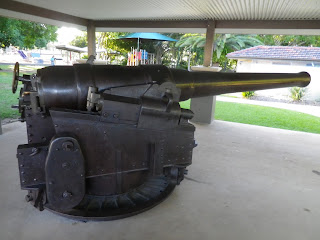 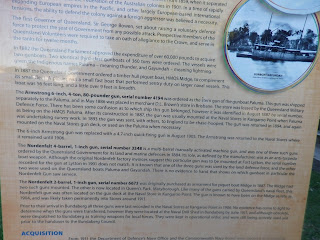 If you click you can enlarge the pic for further information.   In the top right is the gunboat Gayundah. 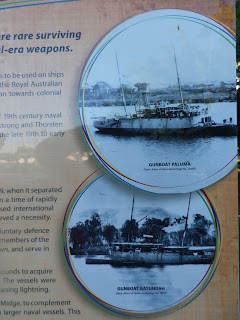 Pics of both gunboats. I'm sure you could google more info on the web, but I'm tired after my latest "holiday" with kids....

Anyway, when will there be wargaming and hobby-related articles?  Soon (tm)
Posted by evilleMonkeigh at 01:46