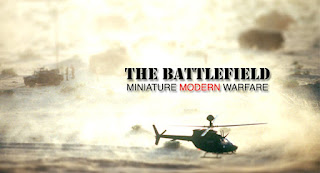 I was quite interested with this release - Brent Spivey is a rules writer who has impressed me in his ability to write new mechanics to suit the gamestyle he is aiming for.  Many game designers simply repeat the same mechanics in different settings (Two Hour Wargames, Ganesha, Ambush Alley Games, Iron Ivan Games etc) selling you a rulebook that is 90% similar to another one, with a slight change of fluff and the odd new special ability. Mr Spivey seems to create a concept in his head and then create a completely new core game mechanic around it.  Imagine for a moment a "Song of ...." game without rolling 1-3 dice for activation; or a 2HW without a 2D6 reaction roll to beat a player's "Rep". You can't? My point exactly.

In this case, the mechanic IS familiar to me - but only because the designer decided to make radical changes to the engine of his OPS4 game (I reviewed the beta release here) and it seemed a pity to waste the extensive playtesting in the underlying mechanic.

The Shiny
A pdf is a pdf and does not excite me like a hardback glossy rulebook.  However this pdf is quite sharp as pdfs go. It is well presented with good photos of modern conflicts. Unlike Havoc which was a 200+ page wide-spaced affair which required half a tree of paper, B:MMW is a tight, neat 50-page document.  The picture of modern combat are so sharp I would consider splashing for a colour printout; which is unusual for me. 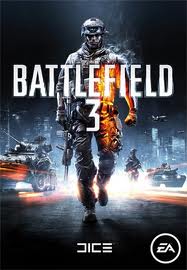 The guy on the BF3 cover looks grumpy cos someone spilled lasagne on the side of his shirt.

Battlefield what?
Yes, this game is a rather obvious homage to the PC "Battlefield" and "Call of Duty" franchise of team-based tactical shooters.  However it has sensibly taken a wide-angle approach; it can be played both 1:1 with 1 figure = 1 man; or small fire teams like Force on Force.  This would appeal to the 15mm crowd with their fireteams or players who game in 28mm where a smaller figure count is more financially appealing.

Does this mean it forsakes the gritty historical accuracy of Force on Force?  To a degree, yes.  B:MMW is more about gameplay that realism, more akin to a videogame than a war simulation.

Is this a bad thing? A game that focusses on gameplay? I personally think it is a breath of fresh air. For $10 you can use your miniature armies in a totally different way, in a game that feels "new."

It isn't a totally original concept - the guy who made the fantastic board below has his own free house rules for playing Battlefield with miniatures.  Visit Akula's blog here for fantastic pics and details of how he built the beautiful board below:  (terrain modelled on the "Africa Harbour" PC game map)

Akula's blog is a very worthwile visit. Besides inspirational terrain, he has a free ruleset for gaming Battlefield which is a different flavour to B:MMW.

The Mechanism
This uses the "Overdrive" mechanic pioneered in OPS4 beta.  Basically the game relies not only on movement and firing choices but on management of resources, aka "Command Action Points" or CAP.  This is a more complex version of the command dice pips used in DBA; or the multiple activations of Infinity - something like a more logical combination of both.

You spend 1 CAP to move a unit or 2 CAP to fire.  However there is no limit on the amount of times you can move or fire a single unit - you just gotta pay for it.  To move a unit the first time costs 1 CAP, to move it a 2nd time costs double (2 CAP), to move it three times costs triple (3CAP) - you get the idea.

You can interrupt a unit's activations to activate another unit - so there is no limit on the varations on the tactics you can use - along as you are willing to pay the price in CAP.  As a Infinity player familiar with the "order pool" concept this makes a lot of sense and means repeatedly activating the same unit is a decision not to be made lightly.

Once a player runs out of CAP the turn passes to his opponent.

Movement, like in SoBH, is in a straight line.  I.e. a unit would take 2 moves to go to an intersection, then turn 90d and move off down the street.  Like SoBH this adds a layer of decision making into the game without extra complication.

Combat uses the 4+ success system used in AAG and the Savage Worlds systems - i.e. 4+ on d6 succeeds, 3 or less fails.  Most firing and actions rely on throwing handfuls of dice and comparing total successes with those of your opponent.


Damage
Casualties are taken off in figure casualties (if playing in "fireteam" mode) or hitpoints (if in single figure mode). Vehicles are handled in a more interesting way; damaged vehicles cost more CAP to activate.  So they still function, but a crippled tank might take double the CAP of a undamaged one.  Again, it forces tactical choices on the player - do I fire with the damaged tank at say 3CAP at close range; or twice with the undamaged one at 1 CAP + 2 CAP at longer range?

As usual I'm not totally sold on the idea of hitpoints but you can largely avoid this if using infantry squads; and the 'beat 4+ buckets of dice' approach seems popular nowdays though I have never warmed to it.

Capturing Bases
Rather like Battlefield the PC game, winning iin the main mode revolves around capturing objectives.  This is makes games easy to set up and each map, with different objective locations and objective values, would create its own inbuilt "scenario"  Capturing a base ("objective") requires a unit to occupy it.

Terrain rules are sensible and I like the rule for "Hugging" terrain which means troops moving close to terrain (even if they are not "in" the terrain feature) get a bonus, encouraging them to move realistically in single file beside buildings instead of clumping up in the middle of the street.


Troop Types
This is where the purists might object.  Squads are based on "Anti tank"  "Engineer" "Assault"  "Medic"  "Commander"  "Spec Ops" and "Sniper" classes. A veteran of videogame shooters will instantly recognise the weapon classes and equipment loadouts *cough* Battlefield 2 *cough* but they do not match precise army lists of actual 'real' armies.

There are more realistic force and weapon lists and possibly a sci fi or WW2 variant in the pipeline though.

Troops may be equipped with bonus "loadouts" such as bipods, binoculars,  flak jackets and flashbangs.  They can equip motion sensors to spot enemy troops.  They can carry ammo packs to resupply heavy weapons and explosives.

Vehicles
The vehicle rules are sensible and the damage rules (mentioned above) are neat.  Running over enemy troops is encouraged in the rules.  There are rules for aircraft, parachuting and helicopters.

Respawn
Another rule which may exasperate purists - destroyed troops and vehicles can be 'respawned' on a successful 4+ roll at a 'spawn point' or base.

Advanced Rules
These contain many rules I think would greatly enhance gameplay and tactics.
In multiplayer games (2 v 2 etc) you can act in your allies' turn ("At the Ready"); you can target and level buildings with heavy weapons.  I particularly like the suppression rules - a friendly unit within 6" of a unit who is using "suppressive fire" gets a free move - replicating the 'bounding' cover-and-move of modern combat.
In your turn you may assign points to a unit as "Overwatch" to use in the enemy turn. I definitely think this latter rule should be regarded as a baseline rule rather than an optional add-on.  Grenades, mortars, claymores, artillery strikes and other specialist weapons are covered.

Many Game Modes = Much Replayability
There are no 'scenarios' but rather 'game modes' to borrow the PC phrase.  In "attack and defend" you defend an objective for as long as you can. Both sides have unlimited "respawns"  or reinforcements - basically you pay 1CAP to resurrect a dead soldier on or near a base or friendly board edge.

In "onslaught" the defender may not respawn but the attacker has unlimited units.  In "deathmatch" both have 25 respawns - the first to kill 25 opponents wins. There are "capture the flag"  modes, in another mode you get unlimited respawns until your commander dies (making assassinating him important).

There are even "zombie" and "insurgent" gameplay modes.  Having about a dozen game modes allows for a lot a replayability since you can play the same game mode on different maps and have a totally different game experience - as opposed to 'set' scenarios where forces, units and terrain are 'set' by the rulebook.

You can even play a 'game within a game' where you have say 2 players who are not in the main game, but competing with each other for kills (deathmatch) whilst the other two are trying to capture bases.


TL:DR
A non-traditional game, with managing resource points/command-pips (CAPs) adding a layer of strategy.  The almost unlimited combination of activations of the "Overdrive" mechanic gives a wide range of choices.  The ability to pay exponentially extra for extra actions with a unit makes for tough tactical choices.   It is a unique crossover toward the PC game genre; and thus hardcore 'simmers' may not enjoy it.  This is a great multiplayer game for 2 v 2 or 3 v 3. The ability to 'respawn' troops means games can be as short or long as you like and the huge range of gameplay modes means you never play the same way twice.  It would also work rather easily for near future hard sci fi with minimal tweaking.


Recommended?  Very much yes.  I finally have an excuse to delve into modern 28mm such as the wonderful models from Red Star, and it gives me a game with fresh, interesting concepts and tactics to use my 15mm sci fi minis with.

Red Star's Chechyan 28mm line is stunning. The diaoramas in their gallery are amongst the best I have ever seen - they look like real war footage at first glance!

Final Comments
This is a game I hope does not fly under the radar, like Bombshell games' excellent fantasy skirmish game Havoc. Havoc justly picked up an Origins award but tends to be overshadowed by the less tactical but simpler Song of Blades and Heroes ruleset.  This I attribute to the Excel unit builder for SoBH giving you enormous flexibility to design your own warband out of random cool minis in your collection, against the rather limited hero archtypes of Havoc.  I do encourage you to check out Havoc, and if an army builder (which has been mooted as possible) is in the pipeline it would definitely shoot to #1 on my fantasy ruleset list. I don't think hard copies of "Battlefield: Miniature Modern Warfare" and Havoc are available - I got mine at $10 pdf downloads at the Wargames Vault.
Posted by evilleMonkeigh at 07:22