Naked Miniatures - Should they be Allowed out in Public?

I admit I only sporadically play at my local gaming club, due to their overwhelming interest in Warmachine, but something I have noticed is the increasing preponderance of bare metal or undercoated miniatures. 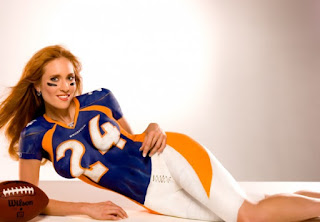 In wargaming, paint is needed to show details
on models
Public vs Private
Now, if you choose to have unpainted miniatures in the privacy of your own home, that is fine.  But should unpainted minis be allowed out in public?

Unlike boardgames, miniatures and terrain are by default an integral part of our hobby.  There are many excellent boardgames or PC games for those disinterested in what is a defining aspect of the hobby. Many people are initially attracted to tabletop wargaming by interesting, well-presented armies and terrain. I notice bare metal minis seems to go hand in hand with toilet rolls, tissue box buildings, and books-under-tablecloth terrain; which does not get anyone excited about the game.
The Society of Undercoat and Bare Metal says:
"I only want to game, and I don't have the time. Why punish me for not having endless hours to paint miniatures!
Did they find time to glue and assemble the figures? Did they manage to assemble an army list, read the rules, and come up with a new strategy for that new (unpainted) unit? They even found time on game day to play for six hours...   ...so they had time to do everything except paint the miniatures.


This argument makes the false assumption that players with painted miniatures have more leisure time than others.It kinda infers the non-painters are special in some way - they are the only ones with jobs, families, limited time etc. In fact, I notice those with busy lives and families seem to be the most consistent painters, ahead of part-time students etc. If you think about it, most people have a surprising amount of time to watch TV each night. If painting is that terrible a chore, there are also prepainted figures available, and professional painters. Modern dips and washes are fast and effective.  In fact it is quite puzzling as to why non-painters would reject the main aesthetic reason to prefer wargames over the many excellent boardgames or PC games that are usually vastly cheaper  alternatives. 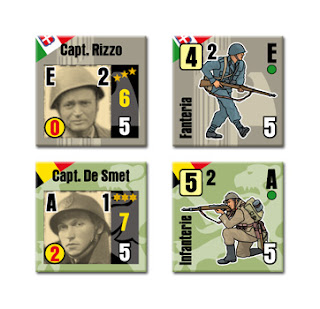 "I'm just trying out an army"
If you aren't painting the minis, why stop there?  Why not simply substitute the miniatures for coins or scraps of paper?  I don't see how counters differ from unpainted lead. It would, logically, be a much cheaper way to "try out" an army. In fact good counters are more attractive than unpainted minis. Players are effectively paying hundreds of dollars for glorified counters...

"Who cares/it's just a game/it's for fun"
Just because something is for fun, does not mean there should not be certain standards, at least in public (club games, etc).  Well, I might find wearing pants in public hot and uncomfortable.  However I do wear them when out in public. In the privacy of my own house, I can wear whatever I want...  I have every Infinity faction in my shed - but only the two painted ones  go to the club....

"I just want to roll dice and play!"
That is an excellent argument for playing a boardgame instead.

"Expecting everyone to have painted is elitist! Snob!"
If you don't want to paint, why wargame with miniatures?  Being elitist would be expecting everyone to paint well. Painting flesh with a few other colours (undercoat, basecoat, wash) looks "painted." Details and drybrushing can come later - and are nice but not necessary.  Having minimum standards is not elitist or condescending.  I don't like people wearing pajamas and slippers into a restaurant (even MacDonalds) but I doubt anyone would call me out for that.

"People who insist on painted miniatures are killing the hobby"
I'd argue people who field unpainted minis are doing more to damage the hobby.  Players who paint are also giving up a chunk of their disposable income. They are actively working to make games interesting and attractive to newcomers and players alike.

I often hear players of these games grouped around a rulebook saying "I'm going to get xy unit cos it has this awesome ability of z, and it will work really well with yz ability of xb warcaster."
The friend says "Man, that sounds cool - it should really pwn!"

They seem interested in the unit only for its gaming value (there are quite a few sculpts that most people agree are sub par, but feature in every army due to their gaming effectiveness). They have no real interest in the sculpt - it is simply a gaming piece. In fact the "unit card" that comes with it is probably more valuable to them. Perhaps they cannot be bothered to paint the miniature as it is soon to be overtaken as the "new best."

Since "units" tend to be 6-12 miniatures, time considerations for painting shouldn't be an issue.  These games also have points systems, so they can play a smaller, 500 point game while they are working on their other 1500pts of unpainted stuff. Despite this, these are the games you are MOST likely to see unpainted miniatures.

Bigs or Littles?
I often hear people dismiss smaller scale miniatures (6mm, 15mm etc) as being "too small" and "not having enough detail to paint." Since I have never seen an unpainted 6mm or 15mm miniature in a game I find this rather ironic. If the detail on 28mm mattered so much, why wasn't it painted?

There is no local FoW scene where I live, and I would be interested to see how this point applies to FoW, as it seems to be somewhat of a "fad" game as well.

Not a Blanket Rule
I know people new to the hobby have an initial period where they are playtesting things, learning to paint, etc but this initial stage is measured in months, not years. I know a 9 year old who painted half their Warmachines army to a very solid tabletop standard, and had the rest in various stages of completion, within weeks of starting. 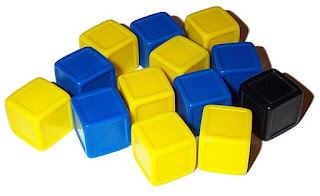 Any Paintjob is a Good One
This is not to say it is ever OK to criticize someone else's paintjob. As a somewhat indifferent painter myself, I am painfully aware how much better other people are than me. However it is important to make an effort - I'd argue hauling out unpainted minis shows a lack of respect for the (equally busy, hardworking with three kids) guy who painted his. You should assume the other guy did his best. A poorly painted blob always trumps bare metal.

I think it is important to praise and reward those who do paint. Extra re-rolls for painted armies? Competition points for those who care about them? There is never a reason to be rude.

Sharing a game is a social interaction. Forcing someone to share an unpainted army is like forcing them to share body odour on a bus trip. Friends will ignore it, but it doesn't mean they necessarily enjoy it. I doubt newcomers will be attracted to it. If you want to play without creating or painting, then boardgames and PC games are great options. If you are too busy to invest your time, you may need another hobby.   If a player turns up at a game with no dice, measuring tape, or understanding of the rules, odds are the opponent won't enjoy himself as much - same with unpainted minis.

I'd argue wargaming is more than simply ripping open some packets, pouring on superglue, and throwing them on the table for a few hours so they can can race home to watch Big Brother. If that is a person's style of play - fair enough. It doesn't mean it benefits everyone.

I put down my vast collection of unpainted minis as poor impulse control and obsessive aquisitiveness - but naked models in public? - that's going too far.