Game Design #5: What happened to Time Scale and Ground Scale in Wargames?

Now I used to say: "Why the heck do I care how long each turn is, or how far things are on the table? It's just a game!" 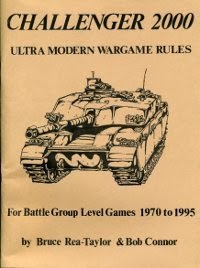 Let's take a typical generic "McDonalds" game, that has no time/ground scale.
Typically, rifles fire 24" and infantry move 6" at normal pace.  So in a "turn" a infantryman can move about 1/4 of the distance he can fire a rifle. Presuming "effective range" is about 150-300m,  we can therefore conclude the timescale for a turn is about a minute or so.

What if the game had infantry move 24" and fire their rifles only 6"?  Sounds crazy, doesn't it?  But if the timescale was for half hour turns, it makes perfect sense - an infantryman could get well beyond effective rifle range given a half hour head start.

So there is always an implied time scale, even if it is not specifically stated.

Now we have a finite amount of tabletop space, so ranges are often "compressed" for shooting. This is to allow units to maneuver more freely without risk of enemy fire , and to make units more "survivable."  Sometimes this becomes ridiculous - i.e. a .303 WW2 rifle shoots less than 50 scale metres (150 feet) - aka 24" in a popular set of rules.  By their very nature, naval and air games, and definitely space games will have rather more abstract "flexible" distance scales, however.

The miniature scale and terrain dictates the ground scale, which can be altered but should stay within the realms of common sense.

So ground and time scale always exist, even if modern games seem to resolutely refuse to mention them. It's like an elephant in the room.

The "One Rulebook to Rule Them All" is a seductive concept, beloved of both indie designers and the mass market mini manufacturers. The questions we need to ask is "Should every period of warfare play the exactly the same?"and "Do I even want to play the same game for every period"


So why have time and ground scale vanished?

I'm going to borrow some quotes from Rich Clarke (of Two Fat Lardies) which I think points us to the key:-

"...know from my earliest experience of attempting to write wargame rules that these (time and ground scale) can appear to be a pain in the proverbial. For a free spirit they do seem to rather get in the way, stopping you do just what you want.  Having details of unit frontages, formations, tactics, of weapon ranges and rates of march all allows us to create an historically influenced structural framework upon which the rest of the rules will sit.....Without defining what a unit’s frontage represents (or even what it should be!) we have no point of reference for working out our weapon ranges or movement rates."

A ground scale places annoying constraints on you.  Far better to ignore it and do what you want.

Basically, having no scale means the designer can ignore historical accuracy, and thus keep the framework of your "universal gaming system" intact.  You CAN use the one ruleset to many wildly different periods - from ancients, to WW2 and sci fi. That's because the rules designer literally altered space and time to make the periods play the same.

Congratulations.  You can play the same game with both your medieval crusaders and your ECW musketeers. But why would you want to?  It's like playing chess with red and blue instead of black and white pieces. It's still the same game. You've just lost realism, and period "flavour." You now have a bland, generic game with little specific relevance for any time period.

However having similiar rulesets for every period is quite a boon to miniatures manufacturers. They can attract new players from different periods or genres, with the promise that the new period will be easy to learn. Flames of War and Bolt Action have done a great job of siphoning Warhammer 40K players and their cash into historicals.

I don't think it is a coincidence that ground and time scale have vanished at the same time we have more and more generic game engines that boast that they work for all periods.  No, the amazing new "universal rule" is not a masterpiece of game design, a one-size-fits-all hat.  The game designers have simply just changed the shape of the heads to fit the hat. And now everyone looks the same.
Posted by evilleMonkeigh at 07:14