I've always liked the Heavy Gear game and universe - combined arms mecha combat where mechs are a believable size (not a target the size of a 5-storey building) and don't tend to fly through the air Silver Surfer style on jet hoverboards.  Tanks and infantry also play a significant role. 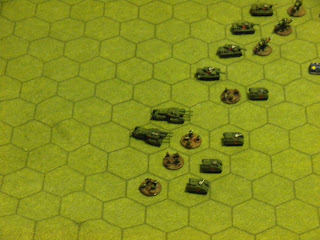 The mammoth Soviet tanks from Brigade are quite nice and have a "Red Alert" vibe to them.

The game is fairly gritty, with weapons long ranged and quite powerful.  Two game mechanisms appeal to me - the "degree of success" where a good hit does more damage than a glancing one - and the "to hit" and "to damage" roll is merged elegantly together.  The second mechanism is the way mechs take damage - there are four states - light damage, heavy damage, crippled and destroyed.
This does away with the ridiculous armour of Battletech (where you have to scour away dozens of "hit points" of armour before you can do actual damage) and retains a good balance of simplicity and detail.  Record keeping is practically non-existent but tokens do clutter the board up a bit. 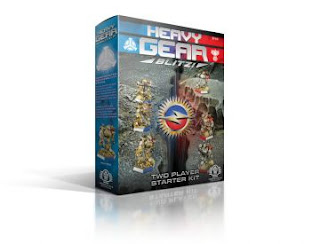 I have a Heavy Gear starter set - $60 for a few size-8-font tiny B&W rules booklets, half a dozen "customizable"* 28mm mechs (*i.e. in a million pieces, frustrating to put together) and a tape measure. The tape measure admittedly is mildly cool but I don't think $60 was worth it....

So why don't I play this paragon of a game?  Price.  Dream Pod 9 rivals GW in its price structure and an "army" would set you back over $250. Given Heavy Gear is unheard of around here, plunking down half a grand for two armies to simply try a game is a bit to rich for my blood.

Whilst Dream Pod 9 makes "fleet scale" mechs they are $2 for a 15mm figure - double that of other companies such as GZG.

Whilst the GZG 6mm Dirtside walkers are among the nicest (and have a strong VOTOMS vibe) I wanted plenty of variety. So I went to Iron Wind Metals who make Battletech minis - their smaller battlesuits work well as mechs in 6mm.  Brigade were fractionally cheaper than GZG so I plumped for some of their British and Soviet tanks and support vehicles. 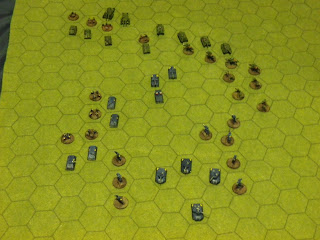 20/20 Hindsight
In my race to try to finish both armies in under 3 hours from start to finish, I sprayed black overcoat over the based minis.  The paint mixed with the still-wet PVA in the sand base to form a kind of tarry sludge.

A bench grinder was an inspired idea for grinding the bases of 6mm infantry flat so they sat neatly on the bases. It made the job really fast and easy. I decided to got for 5c coins instead of washers which was easier to base as I didn't have to worry about the hole in the middle.

I also could have painted larger quantities just as easily - I had to wait for paint to dry before I could move on.  Next time I would paint double the amount of miniatures. 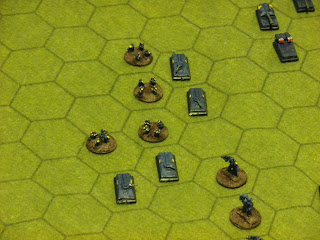 I do a lot of 1:300/1:600 aircraft but this is only my second attempt at ground forces.  Basing is far more important than in 15 or 28mm.  You can see how my hasty gluing and spraying means the base of the mechs bulge up rather obviously. 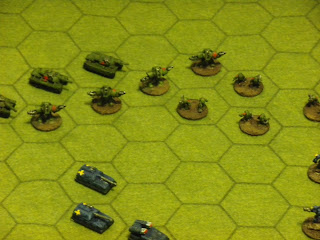 The neo-Soviets came out OK.  The little power armours (2 to a base) on the right look quite cool - they have a MaK vibe to them. 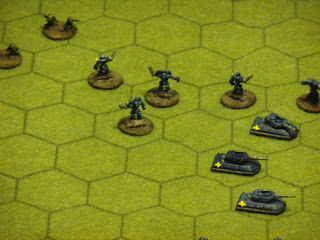 The Iron Wind battle armours scale well with 6mm and provide a huge range of mech types.  You could probably re-base plastic Mechwarrior clix but clix seem to be selling at a premium - it was cheaper to buy some packets of metal minis.