Song of Blades and Heroes was a revelation in rules sets - a simple, generic toolbox that allowed you to play with ANY miniatures, not just those licensed to a particular product line. Capable of quick, 30 minute games full of action and colourful escapades, with a series of linked games (be it a campaign or dungeon crawl) playable in an evening. However the single stat line (the "Combat" stat amalgamates defense, offense and missile skill) is a little too grainy, limiting replayability. (Ironically, the use of a single one-size-fits all stat necessitates so many special rules (scattered across several rulebooks and supplements) that it actually complicates  more than it simplifies.)

So while I loved SoBH, I am ready to move on. 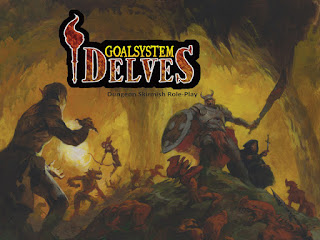 Does what it says on the tin.  Blends RPG and skirmish for a relatively quick-playing dungeon-exploring toolkit.

Goalsystem Delves was a Kickstarter advertised as "adventure skirmish roleplay" for classic dungeon crawls: a skirmish game with RPG elements that could be played co-operatively or competitively, with or without a GM.

The Shiny
(Note: this is the $15 pdf edition not the hardback rules) Whilst it is easy to read and has generous fonts, the 255 pages (I was really surprised by this) means printing off the pdf will require felling a small tree and/or investing in a toner factory.  I question why anyone would want anything other than the "printer friendly version" as the artwork in the "electronic colour" is rather ordinary.  Probably a better layout than SoBH, but on the other hand it is 200 pages longer. I do like the "in a nutshell" rules summary at the back of the text.

This works as a simple RPG system - when unopposed, goals required vary according to the difficulty of the task:
Easy = 1 goal
Routine =2 goals
Challenging = 3 goals
Heroic = 4 goals ...and so on.

TL:DR - utilises a simple system that suits itself well to RPG aspects

Stats
Models have four traits -  Class, Defence, Strength and Toughness. In Classes the generic thief, mage, ranger, warrior, priest, druid don't deviate from the norm too much but have several "sub-classes" each.   Strength is used for smashing stuff and damage - a strength 4 character would get 4 dice when attempting to damage an opponent.  Defence is used to avoid incoming damage and Toughness is the ability to absorb damage. Characters also have a base Move - usually around 6", Hit Points (usually about 6) and Fate which is a finite resource allowing a player to "bend the rules" with re-rolls etc.  A player's Initiative is his combined Defence and Class trait level. 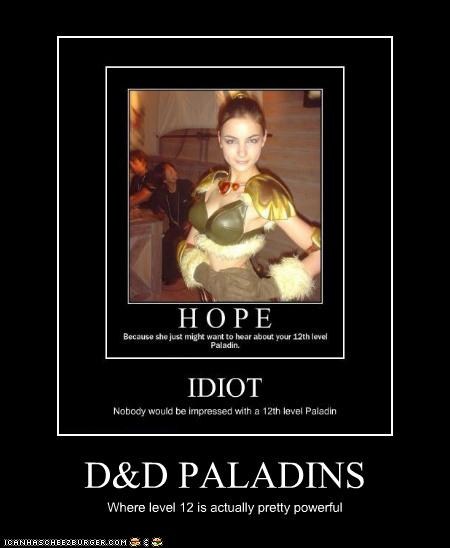 Characters can only go to Level 10 in Delves so she would be impressed...
Gameplay
At the start of the game, each player adds 2D6 to his Initiative which determines the order of turns for the rest of the game. Players with high initiative can reserve their move for later in the move order.

Each player can perform one move, and one combat or special action. Also a number of free actions are available depending on the Class trait of the character. The rules for charging, rough terrain, knockdown, crawling, falling, hiding and jumping are very generic and offer no innovations gameplay-wise over 20 year old games like Mordhiem.   However, there are rules for aimed shots, bypassing shields, disarming and driving back foes, grabbing, fighting defensively, surprise attacks, trips and trick shots - which add cinematic flavour. When characters lose all their HP, they receive a wound and are required to make a saving roll to avoid death.

TL:DR. No points for originality, but far deeper than SoBH while remaining simple. It plays a heck of a lot faster than d20 RPGs but using only 4-6 man "warbands" and tracking hitpoints leans it more into RPG territory 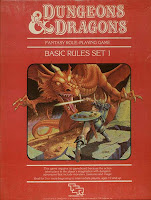 
The other 200 pages are RPG stuff....
Character Creation
The blurb says Delves is a skirmish wargame with RPG elements. I'd argue it is more of a fast-playing, combat orientated RPG like Savage Worlds (which isn't a bad thing.)

Equipment lists are reasonably thorough with common armours and fantasy weapons listed. You could use a simple encumberance system if you wish. 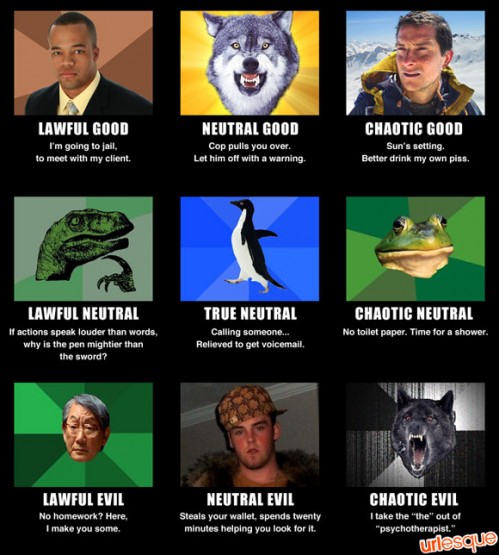 Oh I forgot to mention you choose your alignment....

Spells & Powers, Foes and Monsters
There are about 30 pages of spells (a far cry from the two spells available in SoBH!) and show the range, level of character that can use it, the action (is it a free action, a "reaction", or a specific attack), the effects and amount of times it can be used.

There are a good selection of powers and abilities (ironically, less than SoBH which uses a plethora of "special powers" to try to cover defects in its "One Stat to Rule them All" approach)

The monster creation rules add good depth and allow you to balance the threats your heroes will face with a points system.  The value of the monster also determines its "Reward Level" which contributes to XP. You can also use "hordes" of 5-20 monsters which can be moved as a single entity to speed up play.  There is a random sampling of 40+ monsters provided which provide a good benchmark for making your own nasties.

Campaigns
There are also guidelines for creating campaigns as well as two sample adventures.  Successful players can roll to gain XP based on completion of objectives and slaying of monsters.  There is a balancing system to allow warband PvP (Mordhiem/Necromunda style) as well as more traditional RPG adventures.  There is a phase to recover from wounds, replace dead comrades, fence loot, and get new toys (including magic weapons and gear), as well as perform "tasks" which can provide benefits and bonuses in the next game. There is also an option to role-play "set piece" scenes. 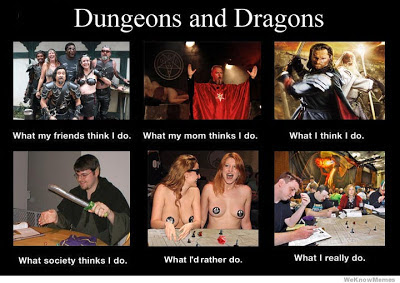 Ah, the word "Games Master" conjures up so many images...

Game Mastering
A few suggestions for balancing encounters, making traps, hazards, and exotic environments. Rewards and loot limits, artifacts, and a simple sketch of a possible game world and its deities. This section is very basic and is not as fleshed out like a proper RPG book would be. 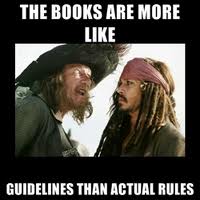 TL:DR - With 200 pages devoted to character creation, equipment, spells and a bestiary, Delves is obviously striving to be a simpler, combat-orientated alternative to traditional dungeon-crawl RPGs and is not exactly a "true" skirmish wargame in the Mordhiem mould. Delves is RPG first, wargame second.

Although if you want fast-playing dungeon crawling, FFG's  Descent has all the bits ready to go....

Overall Summary
Delves is more RPG than skirmish game. It is aimed at 4-man "warbands" and has more in common with Savage Worlds than Song of Blades and Heroes.

It has a simple combat system with an interesting range of special moves, and the "Goalsystem" game engine works well with simple RPG tasks. Delves has a more sensible range of stats than SoBH and actually has a proper magic system (compared to the two generic spells in the latter game).  While being easy to learn and relatively fast-playing, it involves record keeping (tracking hitpoints etc) and has a few extra "layers" which means it cannot be played at SoBH's lightning pace.

Recommended?  As a wargamer, it was a bit more RPGish than I anticipated, and seems squarely aimed at the "mage-thief-warrior-cleric exploring dungeon" rather than "two warbands clash" focus of games like Mordhiem and SoBH, although it can be played as such. Like the two latter games, it has a solid campaign and advancement system.  Without being particularly innovative, Delves does well to simplify d20 RPG concepts and mesh them with a simpler wargame system.  I suspect old-school RPGers would enjoy its "back to basics" streamlined approach to dungeon crawling but those wargamers seeking a bring-your-own-models competitive Mordhiem replacement will probably keep looking.

If you like "Savage Worlds" fast-playing quick-combat style RPG then you will appreciate Delves.

EDIT: The author Scott Pyle is also the author of the sci fi skirmish ruleset "Blasters & Bulkheads" reviewed here in the excellent blog Dropship Horizon. Seems to have "build it yourself" rules which are always welcome. And did I mention the ability to field "not Jedi?"  As you see in the comments below, a new improved v2 is coming out soon.
Posted by evilleMonkeigh at 23:00