Back last year I interviewed one of the game designers on 5150: Wing Leader - a dogfighting game in the beta stage (EDIT: It will be released as 5150: Fighter Command).

Star Navy, although also by 2HW, is a different game altogether, more of a squadron and fleet-level game for big ship actions.  I believe there are other upcoming space titles - including the more detailed 5150: Fringe Space.

The Shiny
I'm looking at the $17 pdf, which has a colour cover and a plain text B&W interior with no illustrations. The $20 softcover rulebook, based on previous purchases, I expect to be similar. Early 2HW rulebooks were rather poor with regards to clarity.  Kinda like house rules where the author and his mates already know the rules and expects others to instinctively grasp it. This has improved with newer publications.  This time they take an interesting approach with a "Stop" section - a pop-quiz to check you have read the key rules.  It kinda works, as it forces you to go and re-read the rules.  That said, rules should be clear enough at first glance not to need a "cram" paper...

Game Mechanics
Central to the 2HW approach is Passing dice- an iconic 2HW mechanic - 2 d6 are rolled against a target number.  Each dice that equals the target is a success. Results from roll can be: both rolls pass (complete success)  one roll passes (partial success) and no rolls pass (failure.)  Example: A Rep 5 crew roll to see if they hit a target. They roll a 2 and a 5 - one (a partial) success. Only half its guns will hit.   The other main method is  Counting success. This is quite a common mechanic -  multiple d6s are thrown - any score of 4, 5 or 6 is a success.

Unlike many space games, crew quality is important and ranges from REP 3 (unreliable rookies) to REP 5 (elite crew).  There are 4 ship size classes - destroyer, cruiser, battleship and the rare dreadnought. Unlike many space games, hull points are manageable - 18 for the biggest dreadnought - and only 4 or 8 for more common destroyers and cruisers. You could track this using different coloured d6.  Systems are pretty straightforward - bridge, life support and engines are integral to all ships; hangars, shields, AA batteries, missiles and guns can be added. 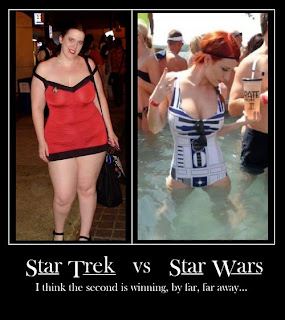 Star Trek vs Stars Wars? Which is better?
Gameplay
Game start begins with both sides rolling a "Long Range Scan" - (scoring more successes than your opponent means a more advantageous setup) and deciding their starting velocities.  The long range scan results also impact your chances of getting the initiative first turn.

Ships may change velocity based on their thrust. Destroyers and cruisers can make 2 turns - battleships and larger get only one. There are rules for asteroids but most planets are "off table".

Combat
Combat is a bit grainy - roll 2 dice vs the ships' REP (crew skill) either all, half or no shots from guns hit.  Shields then reduce any hits.  Guns have a 360 firing arc and unlimited range (but with penalties at extreme range). Guns are generic and identical to each other.

Missiles also test against REP - they either hit or miss but are subject to AA fire  - or the target can attempt to evade them. They have only 12" range and a more limited arc.

Hits are allocated on a chart. If the firer is larger than the target, damage is equal to ship class (a class 4 cruiser does 4 hits); if the firer is equal or smaller only one hit is scored.  Damage can be repaired between missions but not during a battle.  There are rules for boarding and capturing enemy ships. 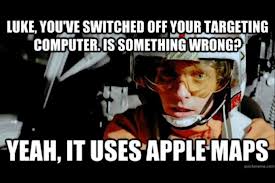 Reactions
Every time a ship takes damage of any sort, it rolls a reaction test with 2 d6. It takes only one test after all damage is resolved. Hits may result in the ship dropping to a lower REP (crew skill) level or breaking off the fight.  Bridges, engines and life support have their own special test.

Fighters
These move differently than other ships - they can move 24" in any direction and do not track velocity.  They carry out either CAP, Fighter Intercept or Attack missions. Squadrons are paired off and combat can result in them being driven off or remaining on the battlefield. Fighters on CAP duty are placed beside the ship they guard and intercept incoming attackers. Any attackers who make it past enemy fighter must face AA before attacking the ships.

Campaign
There is a section for who fights whom using the 5150 background which you may or may not want to use. As you succeed at missions your forces' morale will fluctuate. There is a campaign map and ship activation and movement on the map is largely dependent on the ship commnanders' REP.

There are a range of missions - attack, defend, patrol, hunt and convoy.  The likelihood of receiving a particular mission is dependent on the type, success or failure of your previous mission. "Blips" or "blinds" called PEFS (Possible Enemy Forces) are generated and are swapped for enemy ships when they come into range.  The enemy forces can be randomized and can be controlled by the game mechanics - as usual, 2HW campaigns are very useful for a solo gamer.

After a mission each force's morale is adjusted. Ships may increase or decrease their REP as well. This gives good flavour and adds a storytelling aspect to gameplay. You may also gain or lose ships.

Once a force's campaign morale is reduce to zero it vacates the system; in the next campaign overall morale is reduced by one.  Oh, by the way - you can even play as a pirate and spend your time raiding merchant ships...

Points Systems & Fleet Lists
Although most 2HW games are scenario/campaign driven, there is a simple points system for balancing pick-up games. Ship creation is pretty basic - systems cost 1-2 hull points and I doubt it is balanced for competitive games (but I can't think of any space games that are...). There are comprehensive fleet lists for the 5150 universe, but I suspect most players, like myself, will be more keen to adapt Star Navy to existing movie and TV sci fi settings. 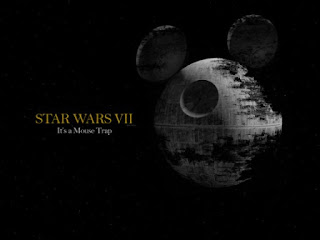 Since NASA refuses to build a death star, maybe Disney will...

TL:DR
Whilst they have improved, 2HW are still not my favourite rulebooks for layout and "readability."

The rules are simple and will handle large numbers of ships. I'm not totally sold on the "unlimited range 360d firing arc" guns, nor the fact all guns are identical.  The "all guns hit/half guns hit/no guns hit" is also a bit off-putting but I suppose you can think of them as firing in salvoes.  Missiles and fighters are also "one size fits all."  Perhaps that is a sacrifice they made in order to speed play, but surely adding a bit more variety within the three weapon types (such as kinetic and laser guns, torpedoes, missiles and mines, fighters and bombers) would not be game-breaking.

I do like how crew skill (or "REP") is very important to the battle - something ignored in 90% of space games.  The campaign systems are rather good - they are both simple (low record keeping) and entertaining and as usual any 2HW product is very solo-gamer friendly.  You can even play co-operatively with a friend.

I'd also like to note that 2HW have an active Yahoo group and blog and have a helpful, energetic community spirit so you will get good "after market" support.

Recommended?  A little ambivalent here.  There has been very little innovation in space gaming so 5150 Star Navy is a breath of fresh air in a stale genre.  That said, Star Navy has a few contentious design choices and generalisations; and the 2HW system tends to polarise opinion.  As space gamers are rare where I live, I welcome the chance to play through a solo campaign in a game that is not a Full Thrust clone - so I'm going with a yes.
Posted by evilleMonkeigh at 22:36