So far I have tried (and reviewed) Strange Aeons, Chaos in Carpathia, Witchfinder General, Empire of the Dead and Solomon Kane and Helldorado. The next addition to my rules library is Rippers: The Horror Wars.  Using the same Savage Worlds game engine as Solomon Kane and the weird west game Deadlands, I am interested to see what this slim 80-page volume has to offer.

The Shiny
One of the smaller rulebooks I have read lately, Rippers has colour cover and spread of colour plates in the centre. I always like pictures of the game "in action" and there are plenty of miniatures to look at.  The rest is b&w but has a pleasantly sized text which is comfortable to read, with clear headings. It has more content and substance than you realise at first glance. 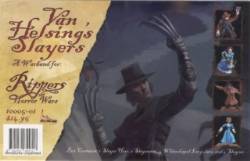 Rippers has their own box sets. Old Glory sell warband boxes of 11 minis for $25. Apparently made by West Wind but I can't find any info in their shop. I'm wondering if they are rebadged "Gothic: Vampire Wars" minis

The Fluff
The "backstory" is that the "Rippers" are Victorian-era monster slayers like Van Helsing who have modified themselves with body part implants "ripped" from the very monsters they hunt.  Naturally many of the have gone "dark side" as the implants have corrupted and warped their minds.  These have formed the "Cabal" the necromancer-cackling scientist-werebeast conglomerate.

The Game Mechanics
Rippers uses the Showdown system (available for free download here) seen in many other Savage Worlds games such as Deadlands.  A deck of normal playing cards and various dice (d4, d6, d8, d10, d12, d20) are employed.

Each turn, each unit or hero is dealt a card, and this determines move order (i.e. Joker, Ace, King, Queen, and so on, with Two moving last).  A unit can go on "hold" so it can act later in the turn. It must make an opposed roll using Agility to move before an opponent it is "interrupting."

For skills and abilities, the higher the dice, the better - you roll the dice and need to pass 4 or more to succeed.  You can take more than one action, but you have to -2 off any rolls for a second action, -4 for a third action, etc.  There is an "exploding dice" mechanic where any maximum throw (say a 8 on a d8) earns a re-roll.  Every 4 points you exceed your target roll gives you a "raise" - say you needed a 4 on a d12 and rolled a 9 - then you would succeed and get a "raise." This adds bonuses, like an extra damage in an attack.

Heroes (or"Wild Cards") can roll an extra d6 in addition to their usual roll, and choose the best result.
You also get three "Bennies" (free re-rolls) to spend each game, and an additional two for each Wild Card (hero) which adds an element of resource management. 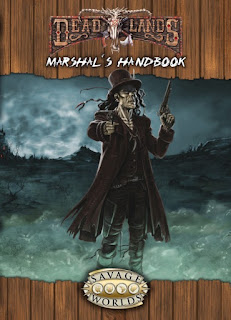 Rippers uses the same combat system as the popular miniatures game and RPG "Deadlands"
Combat
Shooting and close combat is simply passing the 4+ (shooting) or the opponent's Parry (melee), with additional ranged penalties for long range and cover where appropriate.

The attack then uses the strength of the wielder (melee) or weapon (ranged) and if it beats the opponent's toughness, the target is Shaken (can take no actions, can move only half speed - characters can attempt a recover roll next turn). If the attack if it beats toughness with a raise (+4) the target is Wounded (which kills non-hero characters). Heroes can usually take 3 wounds.

There are rules for area attacks (scatter) and ways to target specific areas (i.e. shoot the eyeslits of a robot, or a tentacle off a monster). Players can also "defend" which adds to their Parry score. Players can dual wield, suppress with automatic weapons, go prone and make "all out attacks" which reduces their defence in favour of attacking bonuses.

Units must make guts checks if they lost 25% of their force - also when facing opponents who cause "Fear."

Magic is simple and follows the combat mechanics but you have to track how many "power points" worth of spells you have spent. 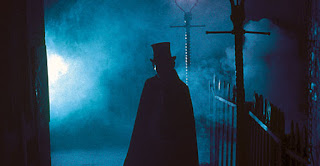 Jack the Ripper. Surgeon, royal - or mad scientist who implanted too many vampire body parts?

Powers
There are about 13 powers which I though was surprisingly small.  Most games have 20-30 powers but it has the benefit of being easy to remember.  There are about 18 generic weapons which also was quite a modest number.  It did cover all the main weapon types, so this isn't a problem.

Scenarios and Missions
This is the "guts" of the game as the rest you could download for free or read on the blurb of the game.  There are rules for innocent bystanders, and bonuses for evil creatures at night.  However there are only four basic missions.  There are 11 scenarios which extend these with a few extra rules, adding a bit more "fluff".  They are specific but characterful -  bringing to life a Frankenstein monster, fighting Old Ones in a defiled church, rescuing a loved one from cultists, etc.

Terrain
There is a terrain generator which is a nice idea and allows you to have some input over the arrangement of terrain whilst keeping things interesting. This is a welcome feature. There are also special terrain features such as haunted houses, graveyards, storm drains, strange ruins, a fountain of blood. etc. 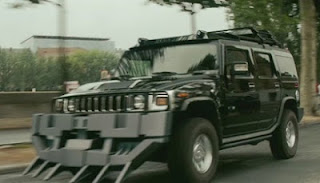 If Borat was a vampire, he'd use this to fight gypsies...
Advancement
Wounded figures make a roll to patch up wounds and return the next game. Reinforcements can be bought.  Heroes can "level up" any skill  or attribute one level - i.e. d6 to a d8 - and they can add up to 32 special abilities if their base stats are high enough - i.e. a hero needs a d8 level agility before it can take the "Acrobat" ability.

Warbands
There are a few stock warbands - Van Helsing's slayers, the Harker's gypsy/wolf hunter band, the Warriors of St. George (warrior monks and nuns), Puritan witch hunters, the tomb raider/explorer/archeologist faction, dime-novelesque "masked crusaders", as well as freelancers who can work for any faction. 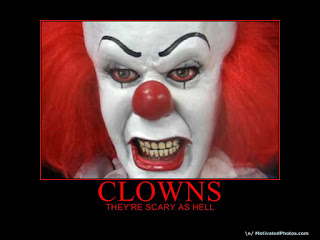 Equipment, Relics and Rippertech
There is about 30 equipment types ranging from mini-crossbows, silver daggers and throwing knives to whips, holy water, wolfsbane and ripper claws.  There are a dozen holy relics such as Bibles and blessed weapons.  "Ripper" implants included gills, cat eyes, demon blood, werewolf claws and vampire fangs.  Evil cabals do not have Rippertech but can upgrade their monsters with "bloodlines" which upgrades particular abilities.

TL:DR
The ubiquitous Savage Worlds system is solid as usual. Unsurprisingly, Rippers has a more Victorian slant than the excellent Solomon Kane (which is more 16th/17th century). In addition, it meshes neatly with the Rippers RPG if you want additional flavour. The terrain system is good, the limited missions are expanded upon, there is managable equipment and special ability lists, and Rippers has its own miniatures line, to boot.

My normal reason not to buy a Savage Worlds game is the bargain "Explorer's Edition" rules contain pretty much the toolkit for any setting you'd want, but Rippers has enough well-focussed content to get the nod. In fact it has a surprising amount of content packed into 80 pages, far more content than you'd expect at first look.

It sits alongside Empire of the Dead and Chaos in Carpathia as a warband-focused competitive system with the Mordhiem-like ability to upgrade and equip warbands in a campaign.  I'll have to do a direct comparison between them one day, but generally I'd say  choosing between them is more a matter of personal preference. Cost-wise,  EotD is a shiny hardback "production" ($40+), CiC is a $10 pdf* and Rippers sits somewhere in between at about $25.  However Rippers (published 2004) seems to be out of print so your best bet is eBay or similar.

Recommended? Simple rules, campaign experience/advancement, and the ability to build and modify diverse warbands? Yes. A solid competitor in the Victorian horror field, with slightly wider scope than its rivals.

*Edit: Blue Moon and OG also have $25 print copies
Posted by evilleMonkeigh at 23:38