Decision Points
Something that comes through a lot of my rule critiques is my focus on "decision points."

What is a "decision point?" tm

A good example is chess. You know when you pick up a piece, then put it down, making sure you have kept your hand on it, because you are worried about what will happen when you make your "move?"

That's a "good" decision point. It's a difficult decision. It's not a complicated decision (that black rook can only move in a few directions) but its one with far reaching implications.  Resolving that decision should likewise not be complicated.  Chess is a simple game, but has many, many tough decision points.

Mayhem has a good example of maximising decisions, whilst keeping the rules simple.

Case Study #1.
Here's an example of a game with a great mechanism for "decision points" built in.

In the mass fantasy ruleset Mayhem, EVERY time you go to roll a dice you can opt to "take the default". I.e. you can choose to either accept HALF the highest possible score, or roll the dice.

I have a unit with a d8 attack. I can either choose to do a guaranteed attack of 4 (half the d8) or roll the d8 (potentially getting a score of 8 or as low as 1).

That's pretty simple. Roll the dice, or don't roll and accept half the maximum dice score guaranteed.  Every time you roll the dice you are faced with a decision. It's a simple rule, easy to remember, but it adds in a truckload of "decision points" without any extra complexity.  Since the opponent (making an opposed roll) also is making this decision, both players are always constantly involved.

Case Study #2.
Another good example is Infinity: the Game.  Since every enemy unit in line of sight to your "active" model can react to it (by firing, or dodging to cover), every time you go to act with a model you are frantically scanning the tabletop.  If I move this soldier, who can see him? What might they do? Would a combat situation be favourable to me? Is there another soldier who is in a better position to act?   Since failure is quite severe (gunfire is geared to be quite lethal) it makes every action you make a nerve wracking one.

Furthermore, since the opponent can choose if and how to react to your active mini, he is also involved in the decision making process - in fact, you may make MORE important decisions when it is NOT even "your turn!"

Weakness of traditional IGOUGO
As I've posted previously, IGOUGO games tend to naturally be inferior in "decision points" as the primary decisions occur only at the start of your move. Since your opponent cannot respond to your actions, there is seldom any severe and instant response - if one unit fails, you can move up with another, unimpeded.

Yes, an opponent's response in his "turn" can be devestating - but as you are simply sitting there and "taking it" there aren't many decisions for you to make, apart perhaps from what casualties to remove.

Imagine a game of chess where you got to move all your pieces in your turn, then your opponent moved all of his.  Games would be decided very quickly, and there would be one or two devastating strikes rather than an ever-changing gameboard and a see-saw battle of wits that makes the game compelling.

Infinity has great decision points and awesome player involvement. However subsequent expansions have added so many new weapons, abilities and equipment rules (150+ at last count) the "resolution" has bogged down.

Games with good "decision points"
1. Make you think "man I hope I made the right choice" every time you go to act with a unit
Preferably, also when an opponent acts with his units.

2. Keep you constantly involved in decision making  - heck, even if it is not your "turn"
You shouldn't be able to walk off and make coffee in your opponent's turn because there is nothing for you to do.

3. Decisions should be easy and fast to resolve (no complicated special rules, charts or book-keeping)
If most of your game time is spent chugging truckloads of dice, consulting tables, or looking up special rules, or filling in crits or hit boxes - or waiting for your opponent to laboriously do the same...  that's not fun, except to accountants!

You should be - staring at a unit agonising over what to do next - cursing under your breath at your opponent's actions, frantically trying to think of a response - moving units around making "pew pew" noises

Again, chess is a good example.  You spend 99% of your time thinking about your moves and your opponents' moves, but only 1% on resolving them.  You seldom see chess players consulting rule books, charts or tables.  Players win by making better decisions, not by remembering some obscure special rule.  It's all about the decision making.

Now I'm not saying wargames rules should have combat resolution as simple as chess. Heck, I'm dead against the trend towards oversimplifying games to the extent they insult the intelligence, or that a WW2 game plays exactly like a sci fi or fantasy game.  But I'd like to think about the ratio of making decisions to resolving those decisions. 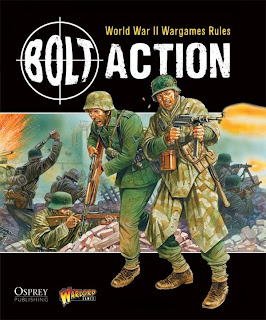 What I think they don't see, is by oversimplifying it, most times they are also removing  decision-making opportunities.   I.e. you get a game that plays very simply and fast, with almost no important decisions.

So you're back where you started! Sure, the game plays faster, but the ratio of decisions compared to resolution of those decisions are the same!

What game designers need to do is to maximize the opportunity for important decisions, while streamlining the process for resolving them. A good question to ask:


Does this rule "add" to the depth of the game? Is it worth the "trade off" in complexity?

However, it seems like most mass market games so carefully avoid complexity, that they also exclude any "depth" of game-play as well.
Posted by evilleMonkeigh at 19:23