The series of 76(!) articles on game design are indexed properly and up to date.  On the side bar or click here.

It's interesting that this blog has shifted its focus over the years.

Delta Vector started out as a place to store rules reviews so I didn't have to explain them every time to friends - (yes, I was 'that guy' who always had 101 rulebooks and whatever the latest thing was... obviously no kids then!) - I could just say "check out the blog." My aim was for critical, accurate reviews that explained the mechanics my friends could make up their own minds.  Too often, reviews were sycophantic and gushing, or simply showed photos of a game, giving you no idea what was happening or whether you would like the gameplay or not. Or they spent 90% of the review talking about how glossy the rules were, not how they played.  I did 114 reviews (probably more - my indexing is not crash hot) and still occasionally churn one out. 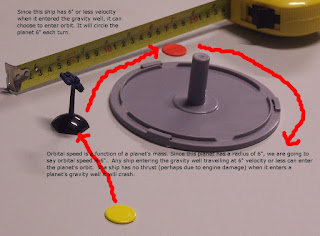 The post that started it all - my rant against spaceship games and consequent attempts to make my own piqued my interest in game design.

Occasionally I show some simple paint jobs (I'm not very skilled, but as an anti-nude-minis crusader - I like to encourage people to just paint em to a tabletop standard) similar to the LOTR D'Agnostini magazines that inspired me years ago. Other times I venture into PC gaming reviews (a more easy/affordable option, with kids) or even book review, with the odd guide to cheap-and-nasty terrain.

I'd say the main focus of this blog now is game design.  I couldn't find articles about wargaming I wanted to read, so I wrote my own.  Mostly, I just question why we design games the way we do. Things like:
Why have special rules replaced stat lines?
Is true-line-of-sight really best?
Why do we still use IGO-UGO?
Why aren't area of effect weapons more popular?
Do we give enough thought to morale and deployment rules?
Can points systems ever be balanced?
Pre-measuring or guessing?
Why don't we use ground/time scales any more?
Does "realism" really mean "more complicated" or is this a misconception?
Reaction mechanics - essential or waste of time?

I don't claim to be an expert, or insist my conclusions must be "right" but I try to show my thought process, trying to cover topics I'd like to read about. If a game design post makes even one set of rules better by making someone stop, question and revise their rules, then it is worth it.  I soon noticed the comments are usually better and more insightful than the posts; so there is now a google group that folk can join to more easily share ideas (ranging from napkin sketches and standalone mechanics, to quite polished pdfs) - there's about 50 rules there now from a wide range of authors, with some really interesting mechanics. Along the way I have started to make my own homebrew rules (initially I did it unwillingly, merely to encourage others - but now I enjoy it as a pursuit in itself) aiming for genres where I do not enjoy the available rules - such as Mordhiem/Necromunda campaign imitators, squadron level tank games, space and mecha, aeronef and my personal weird interest, supercavitating submarine fighters. 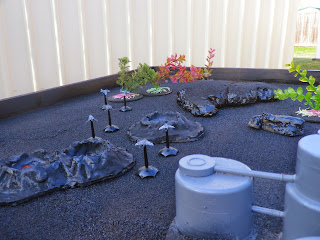 My interest in super-cavitating submarine fighters is weird but persistent; shared only by my separated-at-birth twin Paul from the Man Cave.