Seriously, Corvus Belli seem to be losing the plot.  I love their Infinity minis, but they are now currently my most hated miniature to assemble (edging even Heavy Gear).
*Each model comes in 5-6 pieces.
*Each piece comes with 3-4 pieces of "flash" and inevitably a chunk of sprue still attached.
*The inevitable (and dreaded) 3-part connections (shoulder+gun arm+other arm+shoulder) never line up 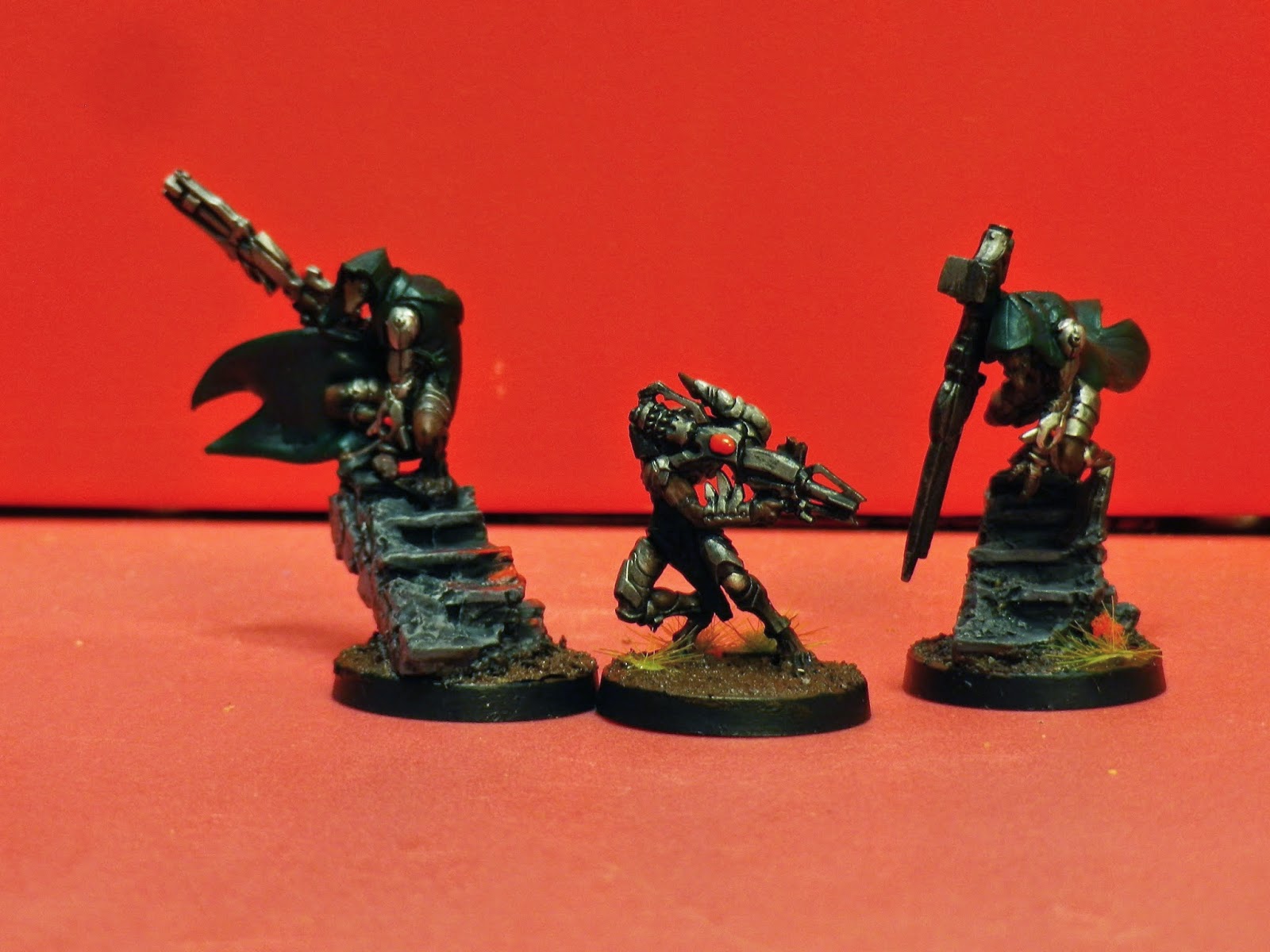 All three models needed greenstuff to fill cracks/cover gaps.  Annoying but acceptable in a plastics box where minis are $1ea.  Not so much so when paying $10+ for a metal sculpt.

It's frustrating. I like the company. I like the models. The game itself is innovative, and currently ranks as the best skirmish game I've played.

But $10 a model puts Infinity firmly in the boutique range.  And I expect more from a "boutique"model.  Parts fitting together properly being the least of them.
And I'd appeciate not having to spend 3 hours assembling a dozen miniatures. 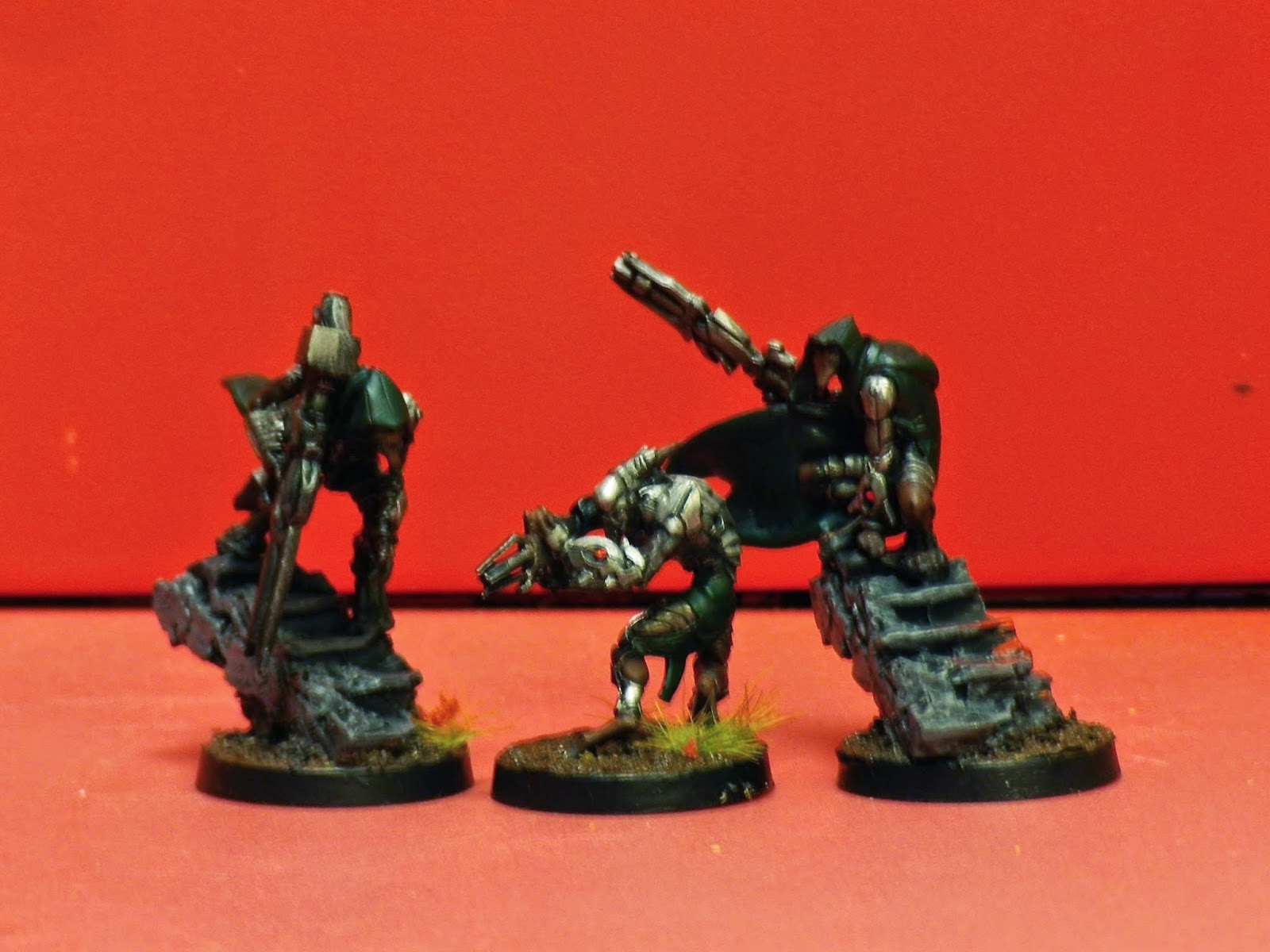 (The arms and legs are so frail that an attempt to bend them to fit can often end in disaster... ..hence my toddler repeating some less than savoury language heard emanating from my shed). Thanks, Corvus Belli. I have enough worries about wife rage when buying the models.

Infinity has impressive "fluff"with posters and artbooks.  But the lavish production values spent on the art books could be used to do a bit of quality controls on the actual miniatures.  Or even designing miniatures that fit together.  Do the guys who design the game and minis actually assemble and paint their own miniatures any more? Not all of us can afford to have someone to do the work for them. 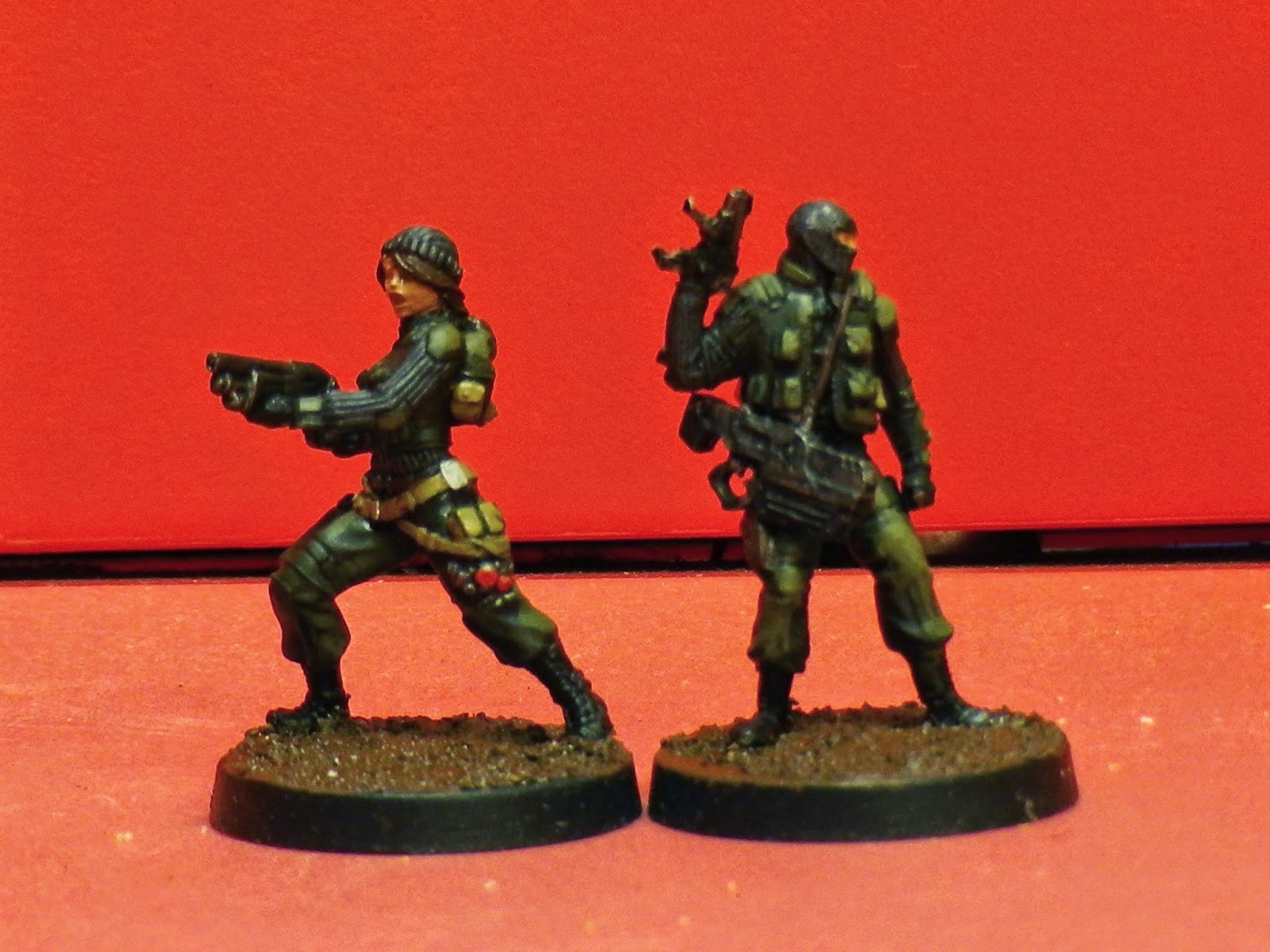 More "speedpainted" Infinity.  The assembly is so laborious that I seldom have the enthusiasm to even try to paint the models, which although gorgeous, have shallow, tiny details that make them much trickier than 40K, LoTR, or your average historical mini.

In addition to the built-in frustration of the assembly process, Infinity has much tiny and shallow detail that is difficult to paint, married to increasingly slender sculpts.  I wouldn't care about it either if I could pay Angel Giraldez to paint it for me. But for mere mortals (i.e. 90% of those painting and playing Infinity) the reality is frustrating. 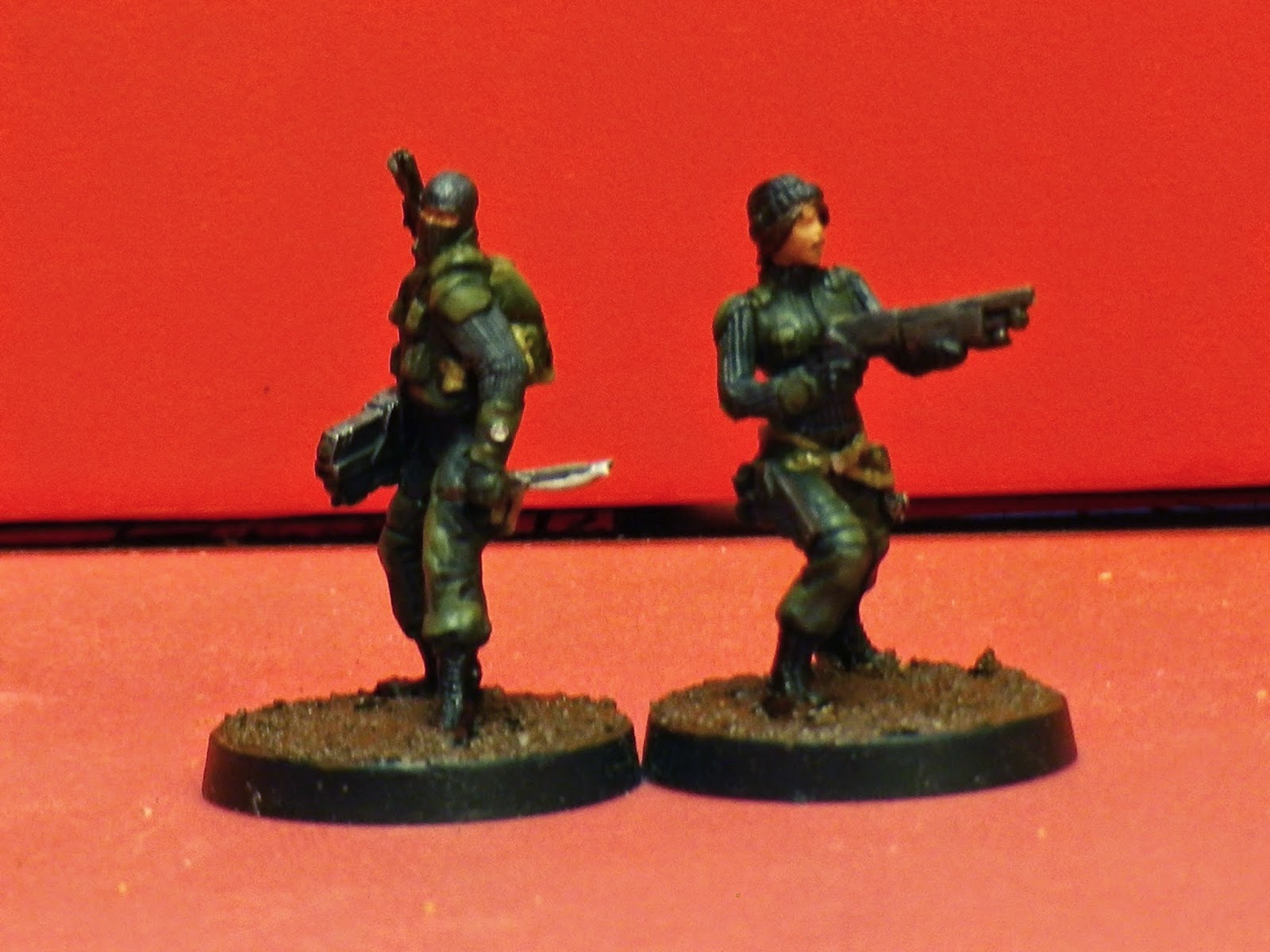 The older sculpts were more practical, but the new ones are (usually) nicer.

Anyway, these complete my Shasvassti and Araidna armies... ...for the moment.  No wargaming project is ever "complete" of course.  That would be heresy of the highest order.

Now, only need to do my Nomads, Pan O, Yu Jing and Tohaa...  But I can't face any more Infinity punishment.  I'll either do War of the Roses or Greeks (I bet I can assemble a 40-man box faster than the 12 Infinity I did today), or maybe some terrain. I have found some Hirst Arts moulds in my shed I'm going to take for a spin....