I've had both SoTR rules and minis for ages. I got them and AE:WWII simultaneously, and I was originally drawn to the latter rules due to lower miniature count and more "cinematic" action, but like AE: Bounty the rules quickly fell by the wayside. 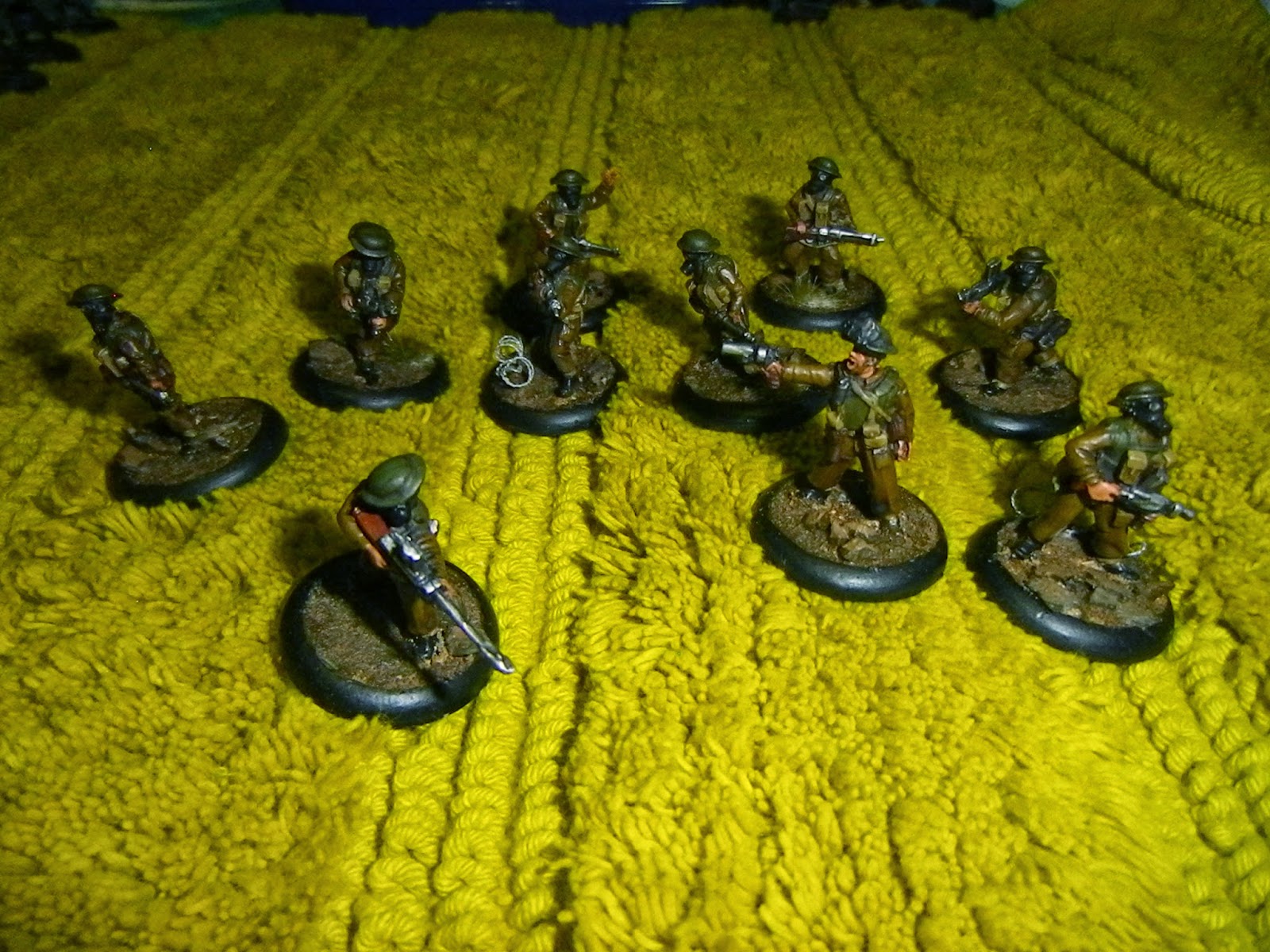 British with gasmasks to resist the zombie-creating V-Gas.  The squad has a Boyes anti tank rifle to put down even the most pernacious Nazi werewolf.

Anyway, I dug out the West Wind official SoTR models and painted them a few weeks back, also grabbing out the rules and giving them a quick spin.  I was quite impressed - even with my limited playthrough they were surprisingly solid WW2 rules - though simple, they are arguably more realistic and "deeper" than Bolt Action (which admittedly isn't very hard.)  I also like their "create a vehicle" points system which would allow you to repurpose MaK and DUST vehicles and mechs to fit within the SoTR universe.  (I can more thoroughly review the SoTR rules if anyone is interested) 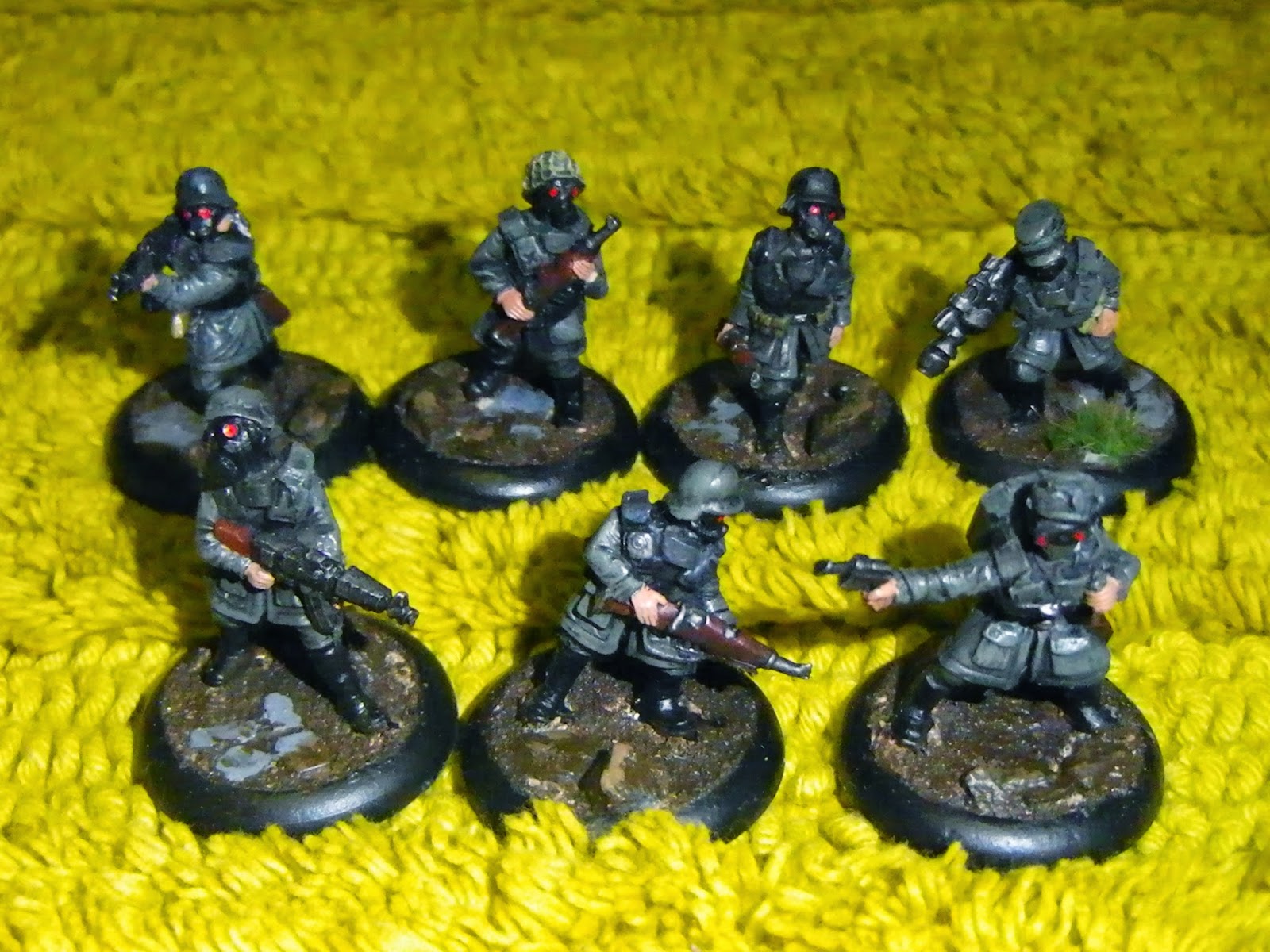 The Nazis have glowing red gasmask lenses...  ...well, just because it feels right!

The West Wind official SoTR models are quite chunky and many of the poses/proportions are a bit off, but they are charmingly characterful and I found them pleasant to assemble and paint. I'm planning of doing another squad or two of each and adding some Soviets to the mix.

The SoTR rules "scale down" OK and I'm thinking of digging out my Terraclips sewer set and having a Mordhiem-type game through the sewers of 1947 Paris, hunting some occult relics perhaps.

This inspired me to create some sewer inhabitants.  I dusted off a sprue of Mantic Ghouls (good but limited range of poses, good price, easy to assemble/paint) and gave them a quick dab of paint.  They fit in well with the Weird War vibe and will be handy for fantasy/medieval games. I'm definitely grabbing the Mantic zombie pack too and I have a few ideas for conversions using Perry plastics and Mantic undead body parts. Personally I think the War of the Roses or English Civil War skirmishes could be made even more fun by adding undead. 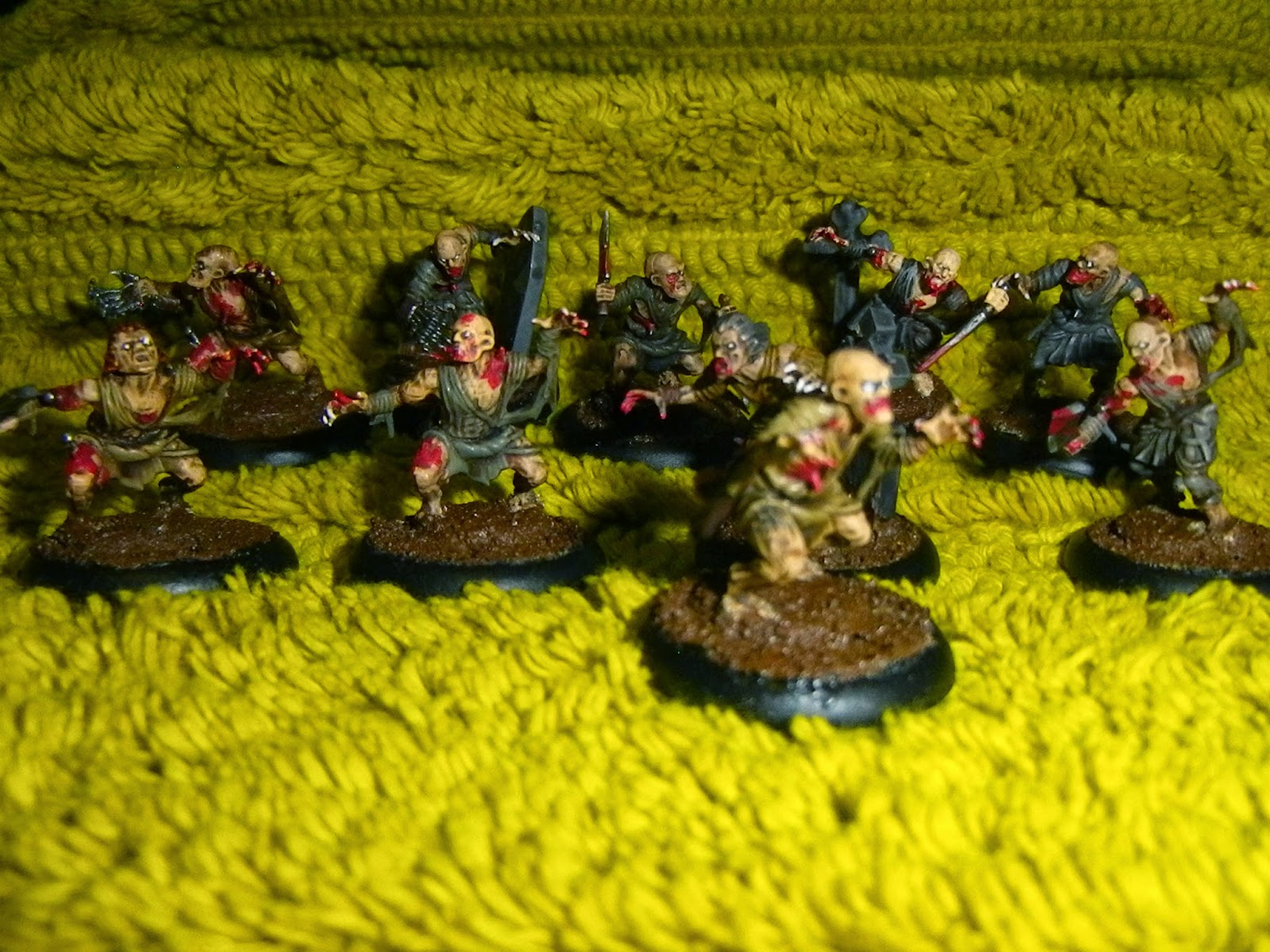 The photography came out rather badly - the ghouls actually look much better "in the flesh."

These models were to be a "warm up" to get back in the groove after a 6-month painting hiatus.  Next, I am targeting some of the wonderful but rather soul-destroyingly difficult Infinity models.