I've recently taken advantage of Warlord's sensibly priced plastics and reasonable postage to indulge in a little ancients.  This was inspired by re-reading some of the historical novels in my collection, all of which I can heartily recommend.  In order of recommendation:

#3. The Macht Trilogy (Ten Thousand, Corvus, Kings of the Morning) - Paul Kearney
Whilst this is not up to the standard of his terrific conquistadors-turks-werewolves Monarchies of God series, this is loosesly based on Xenephon's Anabasis (the "Ten Thousand"title is a bit of a giveway).  This follows Rictus, the story's protagonist, as the Macht (Greeks) fight their way home through the lands of the Great King.  The follow-up novels occur years later, as Rictus fights alongside Corvus (Alexander the Great) a charismatic war leader who forges the fractured city-states into a single powerful nation.  It is labelled "fantasy" but there is 0% magic except for the fabled "Curse of God" armour, which they no longer have the knowledge to make.  Whilst most fantasy authors waffle on and on (where are the editors these days!) Kearney's novels are short, sharp and sweet, and he writes a good battle scene which gamers will appreciate.  Recommended - 4 stars. 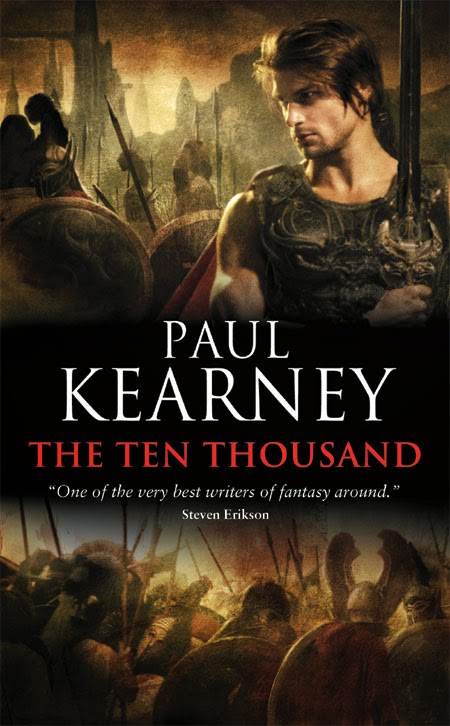 Paul Kearney writes good action scenes and his stories are "tight" with little waffle. Although not his best work, this is still a very good series.

#2. The Long War series (Killer of Men, Marathon, Poseidon's Spear, The Great King) - Christian Cameron
Written by that most bizarre of species, a historical re-enactor, this series is actually good. Very good. Whilst the novel has a lot of interesting detail about Greek life, it is woven though the story rather than dumped on you - as I first feared - re-enactors (perilously close to LARPers) - scare me more than Napoleonic wargamers with their anal-retentive OCD....  Anyway, the hero is retelling his story as an old man, and his wry manner helps characterize the story. Arimnestos and his adventures covers many key battles of the time, from battles against Thebes and Spartans, to Marathon.  The battle scenes are excellent. I've just bought The Great King which takes the timeline to Thermopylae. An excellent series, in the top echelon of historical fantasy. Recommended - 4.5 stars. 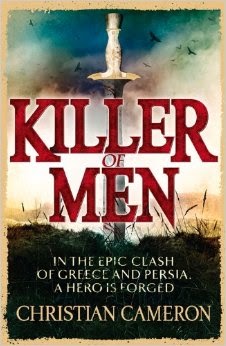 I was surprised just how good this series was. Cameron's other "Tyrant" series is nowhere near as strong.

#1. Troy Series (Lord of the Silver Bow, Shield of Thunder, Fall of Kings) - David Gemmell
The last series written by the legendary David Gemmell before his untimely death, this is arguably his finest work.  It follows the Fall of Troy though the eyes of Heliakaon (Aeneas) and features an experienced author at the height of his powers. If you are a David Gemmell fan, you have read these already, and if you are part of the unlucky 10% of fantasy readers who haven't read a Gemmell book, rush out and get these books.  Like the Macht trilogy, this is listed as fantasy but is very light on magic bar the usual prophecies which feature in Greek texts of the time.  An excellent series, with interesting characters and twists, whilst retaining the familiar Illiad plot.  Excellent action, in a world that is harsh and gritty without being overly grimdark.  Recommended - 5 stars 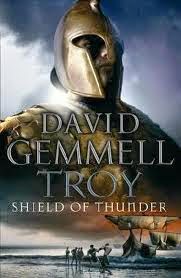 Gemmell's finest work. His wife Stella finished the final book after his death, and did a great job of it.

Edit: I just found the "Gates of Fire"by Stephen Pressfield in my collection, so I'll update this list after I've re-read it. From memory it was solid and well-researched, about life in Sparta, and ended in a impressive account of the battle of Thermopylae.
Posted by evilleMonkeigh at 23:16