Tomorrow's War takes the view all future combat will be humanoid combat, and act similarly to modern combat with some trimmings.   Basically, they state "all weapons act the same"  i.e. a plasma rifle will in practice act like a pulse rifle or a shard launcher coilgun, and a personal shield will have the same effect as a power armour suit.  You can rename it, but it has the same end effect.  The philosophy might be accurate, but the gameplay is boring.

Take robots.  You can say they are simply humans who are merely slightly tougher with perhaps different morale rules.  Electronic warfare might simply give a +1 buff to dice rolls.  But that's kinda missing the point of sci fi, in my opinion.  Why have all the cool toys and simply re-fight Afghanistan 2003?  Why have all this diversity and then simply decide they all have to act the same?

I think the real answer is to address one aspect of technology, and focus the game around it (for example, teleportation, so game revolves around blocking/teleporting and perhaps involves more close-range weapons).   But I've already covered this topic.  Twice.  The horse is well and truly flogged. 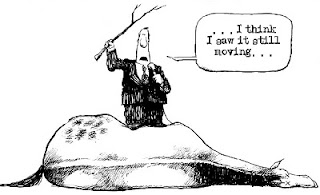 Ok, I'll try not to repeat myself.  What was my point again?

On a broader front, I was thinking about robots and AI.
What would I enjoy playing around with? How might a robotics/AI revolution make the tabletop more interesting?

Human + Machine - the new "combined arms." You can play it almost on two levels - human soldiers who are less powerful, and have morale/suppression weakness, but are immune to hacking and technical wizardry.  Then you have robots and drones - who may be immune to suppression and morale, and can carry more firepower, but are vulnerable to EMP weapons and hacking.  Each has distinct strengths and weaknesses.  You might need a combined-arms approach - an all-robot force is similar to an all-mechanized modern force - it's powerful but also very vulnerable in certain situations - perhaps to EW more than heavy weapons.

Sleeves (thanks, Richard Morgan)
Vat-grown clones or synthetic bodies which are fitted with cortical stacks which into which the users' consciousness uploaded.  Sleeves can be DNA-customised for speed, power, agility, pain/wound resistance, given redundant organs etc and many other special rules.   Synthetic sleeves are more unnatural and "awkward" to use (-1 to stats?) but can can be completely pain-resistant, radiation-resistant etc.  They are unhackable as their cortical stack only records experiences and has no "input."

Game Effects:
-Can allow a wide range of abilities within a human-centric setting - i.e. you can use your generic 15mm sci fi troops but give them a wide range of fantasy-esque stats, or even special abilities like super jump, climbing, extra damage resistance, double speed, +1 to reactions etc
-Winners of a game keep the losers cortical stacks and can trade them, as a kind of currency.
-Characters who "die" can be re-sleeved, but may risk a stat loss (i.e. dying would give PTSD)
-Invulnerable to cyber attack

RANT:  I sometimes hear "we can only play/make hard sci fi mini games cos that's what most of the minis are."  Rubbish.  It's sci fi.  Make things act the way you want.  It's what handwavium was invented for.  People play Vietnam-in-space/Aliens because that's all they're used to/get offered. Designers then treat this as an excuse to recycle their WW2/modern ruleset.


Remotes
"Avatar"-style - a robotic drone is controlled by a human operator.  This could be normal humanoids, tiny nanobot drones or giant mechs or even vehicles like tanks.  These could even be wasp-sized flying munitions which can be flown into enemies and detonated.

Game Effects:
-Utterly immune to all morale effects.
-Susceptible to "jamming"and "EMPs"
-Allows "wrongscale" minis and mechs that can't fit a 15mm operator like Heavy Gear mechs and 10mm
-Slower "reactions" due to lag
-Maybe drone operators have to be on the battlefield to break through jamming - creating a vulnerable target that must be protected (like a HQ unit of sorts); assassinate the operator to take out the powerful heavy chain-gun wielding mech


Hacking
These could be devices wired into the hackers skulls, some sort of implant.  They would act like "mages" of sorts with a range of spells/attacks.  They have most of the same skills as "telepaths" in my pyschic powers post.


Game Effects:
-Steer smart weapons/deactivate or redirect enemy smart weapons in midair
-Control/retask nanite swarms within AoE radius
-Can overpower AI and retask
-Can detect and cyber-attack other hackers to cause direct damage to them
-Jam remotes and drones
-Non-human units have a "encryption" stat which gives their resistance to cybernetic attacks
-Can be "stealthy" to cyber units by confusing their detection systems


AI Nanite Swarms
Maybe nanites are a resource that can be reconfigured to do many roles - i..e. healing, attack, shielding.  Hackers can retask them in battle. They have very simple AI.  They are very vulnerable to EMP weapons as they have no shielding.  Perhaps they can even "join up" to form simple small robots if they come in enough numbers?

Nanite swarms would be the most game-altering in terms of tactics. Basically, nanite swarms are a resource that can be expanded (or retasked) in-game, adding a layer of decision-making to gameplay. In fantasy terms, they act like the mana to power the spell and the spell itself.

EMP Weapons
These would be useless against conventional human troops but powerful against mechs; perhaps giving an Achilles heel to powerful mechs and vehicles who are well-armoured against conventional weapons, and act as AoE area denial weapons.  Maybe regular human troops carry them as backup weapons like grenades or underbarrel launchers. So rather than bazookas and ATGWs troops might carry EMP weapons for dealing with power armour, mechs and vehicles.
Game Effect:
-Powerful against nano-swarms/bots/mechs, weak vs humans
-AoE area denial weapons

SMART Munitions & Weapons
Weapons can be launched to fire around corners or over walls/buildings out of LoS.  Perhaps fired from larger weapons like grenade launchers/bazookas.  They can be hacked in-flight and redirected.  Maybe limited-use. This could include smart mines.
A standard rifle could have an ammuntion block of self-assembling "SMART" ammo which can be fired as std, explosive, fletchette, and AP.   You can elect how you intend to use a rifle every time you fire - adding an in-game choice. I'm actually a bit against this as it reduces weapon variety when creating your force.
Electronic Decoys/Personal Jammer Shields
Decoys that are effective against electronic sensors but not the Mk1 human eyeball....

A personal "shield" might not be a classic forcefield , but rather a jammer to defeat electronic targeting.  So instead of blocking fire it would be -1/-2 or similar modifier to fire - making it harder to hit rather than offering a "save" or similar.


Forcefields
Not really robot-related but I'll toss it in anyway. Classsic forcefield. An AoE "grenade" that can be tossed as a semi-circular template on the table to provide instant, but temporary "cover". Instant terrain - thats why I like AoE.  Shields are rated to a certain level (usually small arms only) and are collapsed by heavier weapons.

TL:DR
-Genetic engineering/synthetic humans can mean you can give your generic 15mm humanoids unique stats and special abilities.

-In an EW-dominated battlefield, an unhackable human (with a gun aimed via a Mk.1 eyeball which can't be fooled by EW chicanery) still has an important place

-Remotes are powerful, but can be jammed and have vulnerable operators. Vulnerable to EMP.

-AI robots can't be jammed, but can be hacked and taken over. Also vulnerable to EMP.

-Nanite swarms are a "resource" that can be expanded or reconfigured; this could add a complete extra level of tactics, resource management and gameplay

-Hackers act like "wizards" who can hack both robots and smart munitions, and reconfigure and control nanite swarms

-Combined arms might be a balance of robotic and conventional humans, rather than the armour-infantry meaning it has today

This is a bit of a random ramble, but hey, it's a blog.  I think I'm trying to get the point across that robots don't have to be a human with a +1 save, and electronic warfare should go beyond a +1 die buff/debuff.

Even if you're stuck with "humans in suits" as the main 15mm sci fi lines, it doesn't mean you're stuck with treating them as human.  Even if sci fi is rather "hard" and "gritty" as seems the fashion, you can still have an element of fantasy. Hacking and advanced tech is space magic.  A human-robot combined arms approach might replace the armour-infantry of modern warfare; with powerful mechs being vulnerable to magic hacking rather than needing heavy weapons to counter them.  And I think nanites/nanobots are a rather ignored but potentially gamechanging future tech which (given current modern trends towards drones and miniaturization) seems surprising it isn't used in many (if any?) sci fi games.

I'd like to see more games that look for potential points of difference between sci fi and modern warfare and emphasize them, rather than making excuses why they should act the same.
Posted by evilleMonkeigh at 17:54