Equip your nostalgia goggles, and sit back for the ride....


Yeah baby, Descent is back!  For those who have no idea of what the original Descent is, I sincerely hope you don't play PC games, you filthy casual.

For those still on dial-up who didn't watch the trailer, it is a PC game where you pilot a space fighter through tunnels within an asteroid, a disorientating blast where up and down have no meaning. 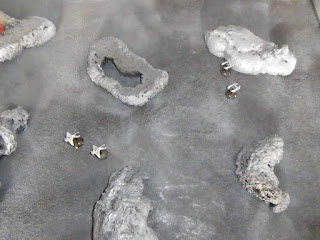 I'm always trying to shoehorn more terrain into my space games (I hate empty space boards - if space was empty, why would anyone bother to fight over it?) to add interest - and what could be more interesting than flying space fighters underground? 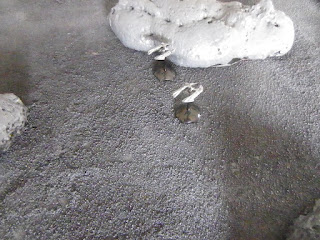 So my EM4 fighters (an awesome bargain @50c each), fresh from their services as 300-knot submarine fighters in SubWar, resume their traditional starfighter role... 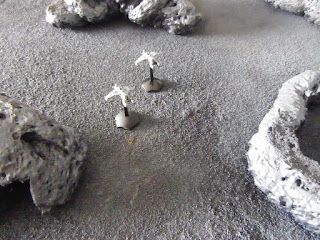 They could also mine for minerals to make different missions/objectives, as well as destroying reactor cores and infected robot ships....

Although the original Descent had rather precise controls, I'm thinking about using vector and drift a la Delta Vector the Game to give less cautious players a chance to "wipe out" into the sides of the caverns....
Posted by evilleMonkeigh at 04:53