No, this is not a debate on the best confectionary and snacks when wargaming.  Rather, the open-source RPG created by Steffan O'Sullivan (Grey Ghost Games.) It is the only RPG I have liked for its own sake (a few I have borrowed source material from; others - like Savage Worlds - I use for miniatures combat due to their simple mechanics.)

The Shiny: It's not very shiny at all. In fact my version is all text.  It's free, so I can't complain. 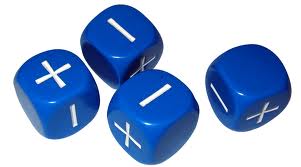 The FUDGE dice are easy to make - I made mine in 5 minutes with a permanent marker and some clear matte spraypaint - but you can buy + or - dice cheaply from EM4 or Grey Ghost themselves.

Skills & Stats
Player skills and stats can be whatever they decide.  Most stats come in 7 levels (although you could expand them - i.e. levels above superb, like "legendary" are quite common):

The good feature about this is that stats can be about whatever you choose - and the same mechanics are used for attributes and skills.  In a typical wargame you might choose "Missile"  "Melee" "Defence"  "Willpower"  "Strength" and "Agility" as base stats, for example - but you can customise your stat-line as you choose.

Unopposed Roll:  Tasks are assigned a difficulty level (i.e. "Great" difficulty).  You then roll the 4 FUDGE dice (hereafter called 4DF), add any + results and deduct any - results to your relevant attribute or skill.

The orc wins comfortably (by a difference of 3 levels).  The difference is called the "relative degree" of victory (or failure) and may have further implications.

For example, the orc might then roll to damage using its strength stat, plus 4DF, then add its relative degree of success (+3).  The elf would roll is toughness stat plus 4DF.

The game also uses "Fudge points" - heroic characters usually have 1 to 5 of these.  "Fudge points" can be used to increase or decrease rolls by 1 level (or wounds by 1 level) per point spent. These recharge after each adventure or mission and are thus a resource to be managed during battle.

There is a simple points build system where skills and attributes can be raised or lowered. Skills above "Fair" cost points whilst stats below "Fair" reimburse build points.

The free FUDGE rules include a basic magic (including psychic powers) and a basic combat system.  There are a zillion homebrew rules and mods for FUDGE - some quite 'complete' and professional. A quick google will reveal a zillion systems for combat and magic. Alternately you can buy sourcebooks from Grey Ghost themselves. 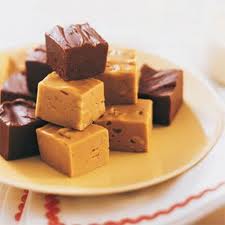 Obi Wan says this is not the fudge you were looking for....

TL:DR
"FUDGE" can be bolted into almost any ruleset by virtue of its description-based nature. It can be used as a simple solution to replace part of a game you are unhappy with. Don't like the magic system in a game? Replace it with a FUDGE based system.

It is also easy to "stat up" random models as the stats are descriptive rather than numbers.  Eyeball the model.  I.e. if a benchmark human warrior is "fair" - would that ogre have "good" or "great" strength in comparison?

The FUDGE dice give a bell-curve of results making results more predictable than usual, which may benefit those cursed by the dice gods (my wife knows what I am talking about - she only likes games where '1's are a good result). The fact the same "engine" is used for all skills and actions makes his game easy to learn - I taught the basics to my wife in 5 minutes waiting for a train...

Recommended?  A solid RPG system in its own right (Origins award nominated), it is highly customisable and very welcoming to home-brew add-ons.  You can also use the basic mechanics in the system to "fix" bits of other games that annoy you without adding lots of complication. And did I mention it is free?