This was begun, but incomplete from my last paint session and took another 30 or so to finish off.  The small wheelie drones are GZG and I think the smaller mechs are Khurasan - they're certainly a John Bear Ross sculpt. 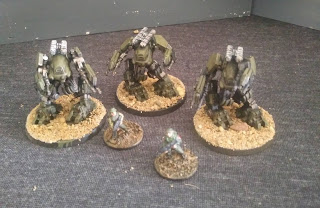 The big "hammer" mech is an old rebased MW clix'; I bought a packet of clix for a few dollars years ago; and wish I bought more - as they are no longer a cheap option on ebay. 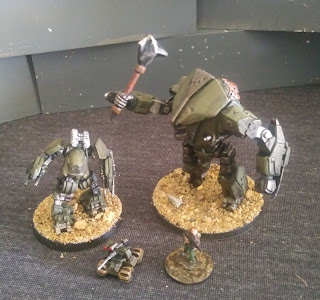 I think the big boi is a Neanderthal 80 tonner. I felt it fit the Neo-Soviet aesthetic with the hammer at least, if not the sickle, and the primitive but brutal CQC weaponry. 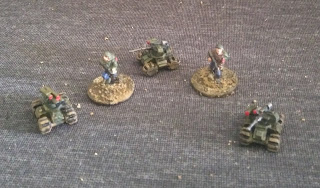 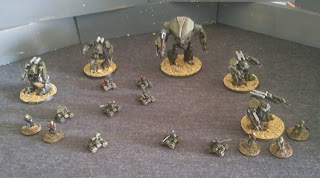 15mm continues to go together so fast - I probably need to make a fast-playing game in order to field all these vehicles and bigger toys...  My 6-year-old loves them as he is allowed to zoom them around a bit (due to their much lower cost and greater survivability than 28mm).