Song of Blades & Heroes - Rejuvenating your fantasy collection for $10

A fantasy skirmish game for 5-15 figures that can be used with a rpg supplement. A big-battle ruleset is also pending release.   If you have any fantasy figures, this is the best $10 you will ever spend.

This game is another that allows you to collect and use random models on the tabletop.  The game has a excellent stats-builder that allows you to replicate any model in your collection.  Old Confrontation 3 metals, Reaper minis and Perry samurai can clash with GW fantasy or even woodland creatures. You can try interesting minis without having to 'buy into' a system.  Using the Excel warband-creator spreadhseet is great fun and I have almost as much fun creating unique warriors and warbands as I do playing. 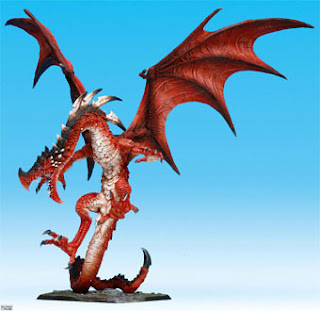 You can field a Rackham dragon alongside Games Workshop Dark Elves - and it's 'tournament legal!' 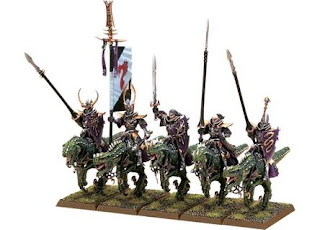 The game itself is simple (the quick reference chart fits on a small triangle that doubles as a measuring ruler) but has a layer of decision making absent in most skirmish games:

Each player rolls 1-3 dice for each character they choose to activate.  The number they need to "pass" depends on their quality. I.e. standard troops need to pass a 4+, elite elven ninjas might need a 2+.

The more successes, the more a character can do, but if 2 or more rolls are failed, then the turn immediately passes to the opponent - even if you had models you still had not activated or moved.

So you have a decision - do you attempt a lot of actions and risk failure - or 'play it safe' with less actions? 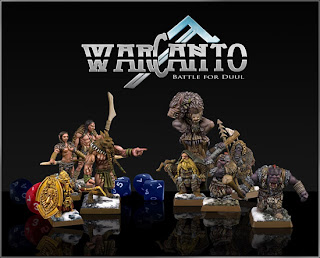 I'm not interested in the Warcanto rules (they look over-complicated) but I do find the minis interesting. Song of Blades allows me to have my cake and eat it too...

Stats are simple - a single 'Combat' score modified by the models traits and special abilities.   I feel these are overly simple - the scores should have been divided into Melee Attack, Defence, and Missile at the very least - but most players say this is part of the game's charm.  Magic is a little too simple too, with generic 'freeze/slow' and 'fireball/bolt' spells keeping things balanced; but more variety would be good.

Combat is actually very good and quite fun and cinematic - characters can be forced back, knocked to the ground where they are vulnerable, and 'gruesome kills' can be inflicted - forcing morale checks on nearby allies.  This is really entertaining stuff, with unlikely escapes and spectacular deaths. 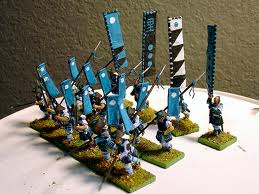 Perry Samurai such as these (a random photo I grabbed form google) may be historicals but they are also a valid 'fantasy warband'.

The game has several pdf expansions, including one for a wide-ranging set of weather and terrain effects, and a rpg-lite supplement allowing warband campaigns including dungeon crawls and a level-up system.

The game is great in that games last around 30-40 minutes and several warband clashes can be played in an evening in a series of linked clashes. 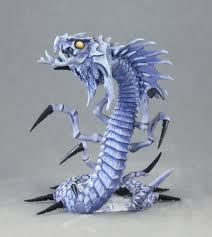 Have a Reaper frost wyrm you don't know what to do with? Stat him up for Song of Blades and slot him into your next game!

+ Simple but interesting decision-making when deciding on each characters actions; risk vs reward

+ Combat is cinematic and fun

+ Fast, fun play allows linked battles or a 3-4 game mini-campaign to be played in an evening

- Although the traits modify things to a degree, the single 'combat' stat should have been divided into 3 (melee, missile, defence) with no extra complication

Overall: If you do not have this ruleset, visit wargamesvault and buy a pdf now.  It will put the fun back into fantasy gaming.
Posted by evilleMonkeigh at 18:10